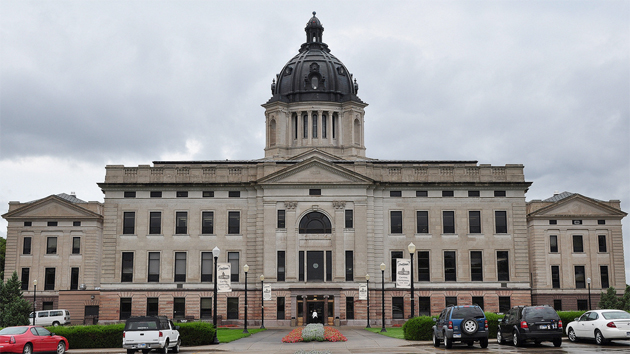 South Dakota already has some of the most restrictive abortion laws in the nation. But last week, Republican legislators there moved to make it even harder for women to have abortions—with a law they argue is necessary to stop an influx of Asian immigrants from aborting their female children.

On Wednesday, by a vote of 60 to 10, the South Dakota House passed a bill that would ban abortions based on the sex of the fetus, or “sex-selective” abortions. Speaking in favor of the bill, Stace Nelson, a Republican state representative running for the US Senate, hearkened back to his time living in Asia as a Marine. “Many of you know I spent 18 years in Asia,” Nelson said. “And sadly, I can tell you that the rest of the world does not value the lives of women as much as I value the lives of my daughters.”

Don Haggar, another Republican state representative, warned that the values Nelson observed in Asia had already taken root in South Dakota. “Let me tell you, our population in South Dakota is a lot more diverse than it ever was,” Haggar said. “There are cultures that look at a sex-selection abortion as being culturally okay. And I will suggest to you that we are embracing individuals from some of those cultures in this country, or in this state. And I think that’s a good thing that we invite them to come, but I think it’s also important that we send a message that this is a state that values life, regardless of its sex.”

Seven states already prohibit sex-selective abortions. In five states, the bans passed after the 2010 elections that swept Republicans into a record number of statehouses. South Dakota’s ban, which is now before the state Senate, would require physicians to ask women seeking abortions whether they are doing so because of the sex of the fetus. If a woman responds yes, her physician must refuse to perform the abortion, or else risk prison and fines.

Legislators who push these measures often tout them as feminist bills. But anti-abortion rights activists in South Dakota have been unusually explicit in arguing that it is necessary to ban sex-selective abortions because of the state’s burgeoning Asian population.

In early February, Spencer Cody, the vice president of South Dakota Right to Life, testified before the House judiciary committee that due to the state’s changing demographics, sex-selective abortion has become “a South Dakota problem.”

In a PowerPoint presentation he showed to the judiciary committee, Cody referred to studies that found Asian American families tend to have more male female than female children. He then wrote, “1.1% or approximately 9,200 South Dakotans come from ethnic backgrounds that are known to practice sex selection,” and linked to US Census data estimating that in 2012, 1.1 percent of South Dakotans were of Asian descent.

Another slide read, “Ethnic backgrounds that are known to practice sex selection account for up to 3.9% of all abortions in South Dakota.” It referred to South Dakota Department of Health statistics showing that 3.9 percent of abortion patients in 2011 reported their race as “other,” that is, not white, black, or Native American. “It’s possible that this could be affecting as many as 24 abortions a year,” Cody concluded—assuming every woman who reported her race as “other” was Asian, and every one of them was seeking an abortion only because of the fetus’s sex.

“The racism and the stereotypes and the stigma is laid so bare here,” says Miriam Yeung, the director of the National Asian Pacific American Women’s Forum. The group has long argued that that sex-selective abortion bans perpetuate negative stereotypes about Asian American women. “We’ve been saying that these bills are wolves in sheep’s clothing. But in this case, I think the wolf has left off the sheep’s clothing.”

Haggar tells Mother Jones that he was not singling out any one ethnic group—although he specifically called out Nelson’s Asian travels in his remarks Wednesday.

Cody, asked why he dwelt on the number of Asians living in South Dakota, tells Mother Jones that he is confident that Americans of many backgrounds practice sex-selective abortions, but the only studies available focus on Asian Americans.

“We don’t have any hard data that says, ‘This number of sex-selection abortions are taking place in South Dakota,'” Cody says. “So we just used some demographic data. That’s really the only data we have to go on…The question, if this [ban] would actually affect any South Dakotans, is one we can’t answer yet.”

But Sneha Barot, a senior public policy associate with the Guttmacher Institute, a pro-abortion-rights think tank, argues that studies linking Asian American women to sex-selective abortions are “limited and inconclusive.” For example, two studies Cody cites found that in some Asian American groups, couples are more likely to have a son as their third child if their first two children are female. But neither study concluded this pattern was the result of sex-selective abortions.

Americans United for Life, the legal arm of the anti-abortion movement, cites these studies, too, in suggesting that Asian American women seek abortions because they prefer boys over girls. As a solution, the group promotes model legislation for sex-selective abortion bans. But anti-abortion rights activists generally avoid references to such stereotypes about Asian women. Instead they characterize these bans as victories for feminism. Rep. Chris Smith (R-N.J.) called one proposed ban a measure “to protect little girls from the violence of sex-selection abortion.” National Right to Life, in a letter to House members preparing to vote on a similar bill in 2012, asked legislators to think of the bill as a way to combat “a war on baby girls.”

Peggy Gibson, a Democratic state representative who voted against the South Dakota bill, said the right-to-lifers are pushing a phony issue. “I did not hear the sponsor of the bill give one iota of evidence that a [sex-selective] abortion has taken place in South Dakota. This bill…is a solution to a problem that doesn’t exist.”