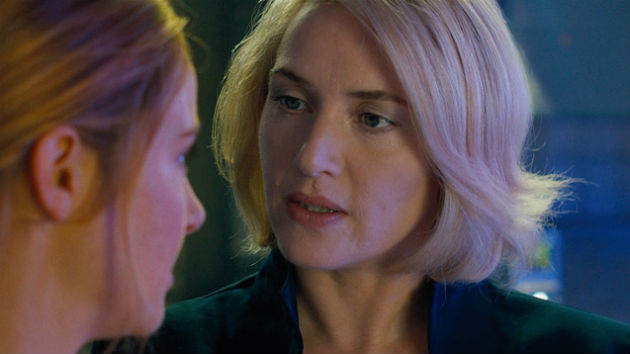 The people who made Divergent desperately want it to be the next The Hunger Games, with all the piles of money that come with a franchise of the kind. The new sci-fi movie (released on Friday) is based on the Veronica Roth young-adult novel of the same name, set in an isolated, dystopian Chicago. Much like The Hunger Games books and movies, Divergent depicts young, good-looking people fighting totalitarianism in a war-ravaged future. (In Divergent, the youthful heroine is Beatrice “Tris” Prior, played by the talented Shailene Woodley.)

There is plenty wrong with Divergent, including that it’s a drowsy action flick (first in a planned trilogy) that reeks of studio executives’ cynical attempts to cash in on the international commercial success of a similarly themed series. Whereas the villains in The Hunger Games make up a totalitarian regime that resembles North Korea but with superior reality TV, the bad guys in Divergent resemble grown-up college nerds who are black-out drunk on political power.

Without spoiling too much, it’s clear from the onset that the aggressors of this story are the leaders of Erudite, one of dystopian Chicago’s five factions. Other factions deal with social contributions such as brawny police work and charity. Erudite (as you can guess by the word’s definition) is the faction composed of scientists, doctors, librarians, and others who like studying and book-learnin’. Long story short, the Erudite junta—led by Jeanine Matthews (Kate Winslet)—is convinced that their knowledge, wisdom, and deep sense of social order can fix what’s wrong with futuristic Chicago. Naturally, this means rounding up people and exterminating them like it’s the 1940s all over again. The Erudite death-squad leaders also want to extinguish individuality and form their new, brainy dictatorship.

Viewers shouldn’t be blamed for sensing a message of anti-intellectualism in the film. Veronica Roth addressed this very issue (also present in the novel) in a blog post in 2012. Here’s an excerpt:

When I wrote Divergent, I did not have a particularly good relationship with the Erudite in my life. I was in the creative writing program, surrounded by (at least what I perceived to be) scorn for commercial writing, while also engaging in that scorned writing in secret. I was also struggling with my relationship to a family member whose intellect had made him elitist and condescending. If Divergent has an anti-intellectual bent, it’s because of a combination of things– because Tris is the protagonist; because if you’re going to have a mastermind behind a take-over plan in the world of Divergent, the most natural mastermind (“mind,” get it?) is an Erudite; and because I was wrestling with some things.

So there’s your explanation for why Kate Winslet plays a science-loving, smarty-pants Hitler in her latest movie.

Here’s a behind-the-scenes clip for Divergent: