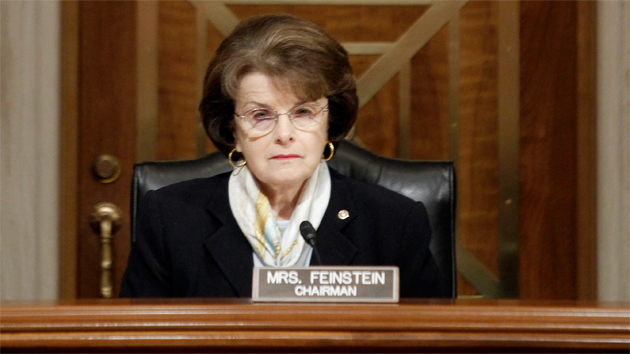 Sen. Dianne Feinstein (D-Calif.), the chair of the Senate intelligence committee, kicked off a Washington kerfuffle with significant constitutional implications when she took to the Senate floor on Tuesday to accuse the CIA of spying on her committee’s investigation into its controversial interrogation and detention program. As pro-CIA partisans and the agency’s overseers on Capitol Hill squared off for a DC turf battle—with finger-pointing in both directions—lost in the hubbub was a basic and troubling fact: Feinstein had contended that this all began because, years ago, the spies of Langley had severely misled the legislators responsible for overseeing the intelligence agencies.

At the start of her speech, Feinstein laid out the back story, and her account is a tale of a major CIA abuse. The CIA’s detention and interrogation (a.k.a. torture) program began in 2002. For its first four years, the CIA only told the chairman and vice-chairman of the Senate intelligence committee about the program, keeping the rest of the panel in the dark. In September 2006, hours before President George W. Bush was to disclose the program to the public, then CIA Director Michael Hayden informed the rest of the committee. This piece of history shows the limits of congressional oversight. If only two members of the committee were informed, it meant that the panel could not provide full oversight of this program. But keeping secrets from legislators—even members of the intelligence committee—is not that unusual, and the story gets worse.

In December 2007, the New York Times reported that the CIA had destroyed two videotapes of the CIA’s interrogation (or torture) sessions. After this disclosure, Hayden told the Senate intelligence committee that eradicating the videos was not as worrisome as it seemed. According to Feinstein, he noted that CIA cables had detailed the interrogations and detention conditions and were “a more than adequate representation” of what had happened. He offered Sen. Jay Rockefeller, who was then chairing the committee, the opportunity to review these thousands of cables. Rockefeller dispatched two staffers to peruse these records.

It took the pair about a year to sift through all the material and produce a report for the intelligence committee. That report, Feinstein noted, was “chilling.” The review, she said, showed that the “interrogations and the conditions of confinement at the CIA detention sites were far different and far more harsh than the way the CIA had described them to us.”

That is, the CIA had misled the Capitol Hill watchdogs.

After reading the staff report, Feinstein, now chairing the committee, and Sen. Kit Bond (R-Mo.), then the senior Republican on the committee, decided a far more expansive investigation was called for. On March 5, 2009, the committee voted 14 to 1 to initiate a full-fledged review of the CIA’s detention and interrogation program.

It is that inquiry that has caused the recent fuss, with Feinstein claiming that the CIA (possibly illegally) penetrated computers used by committee investigators and removed documents indicating a CIA internal review of this program had concluded it was poorly managed, went too far, and did not produce decent intelligence. The committee’s more comprehensive review eventually produced a 6,300-page report slamming CIA that has yet to be made public, despite Feinstein pushing the CIA to declassify it.

So while this week’s focus is on whether the CIA improperly—or illegally—spied on the folks who have the constitutional obligation to monitor CIA actions in order to ensure the agency acts appropriately and within US law, Feinstein’s big reveal also presented a highly troubling charge: The CIA lied to Congress about what might be its most controversial program in decades. This in and of itself should be big news.

At the conclusion of her speech, Feinstein, referring to the present controversy, said, “How this will be resolved will show whether the intelligence committee can be effective in monitoring and investigating our nation’s intelligence activities or whether our work can be thwarted by those we oversee.” That is true. And if there cannot be effective oversight of intelligence operations, then the foundation of the national security state is in question. Yet Feinstein’s remarks provide evidence that oversight was not working prior to the current face-off. If the CIA did not tell the Senate intelligence committee the truth about its interrogation and detention program, much more needs to be resolved than whether the spies hacked the gumshoes of Capitol Hill.