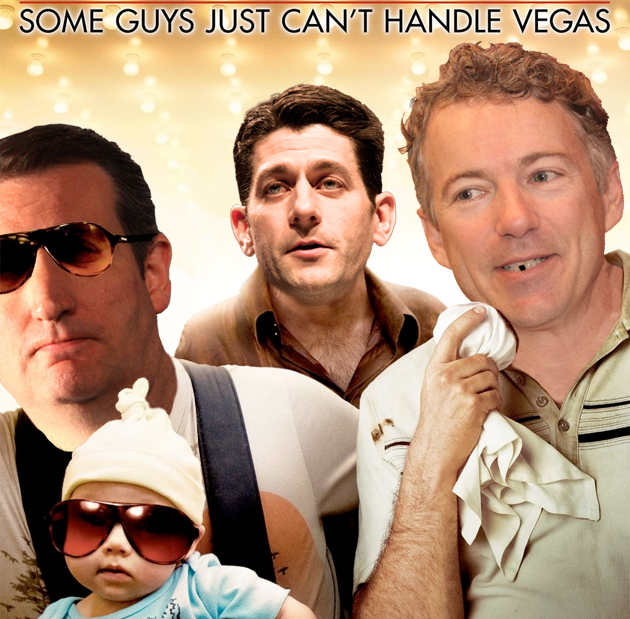 Religious conservatives are urging the GOP to scratch Sin City off its list of potential locations for the 2016 Republican National Convention, the Dallas Morning News reports. According to the paper, advocates are concerned that Las Vegas’ reputation as a gambling and prostitution haven will discourage conservatives from attending the event and that the city is a “trap waiting to ensnare” convention attendees.

“The GOP is supposedly interested in reaching out to conservatives and evangelicals. Maybe that’s just a front, but if they really mean it this is not the way to do it,” James Dobson, founder of Family Talk, a Christian radio show that broadcasts across the United States, told the paper. “Even though Vegas has tried to shore itself up and call itself family-friendly, it’s still a metaphor for decadence. There’s still 64 pages of escort services in the yellow pages.”

Dobson, along with leaders of the American Family Association, Eagle Forum, the Traditional Values Coalition, and Family-PAC sent a letter to Republican chairman Reince Priebus warning him to choose another destination.

Las Vegas is considered a frontrunner for the 2016 convention. Other cities under consideration are Dallas, Denver, Cincinnati, Cleveland, and Kansas City, Missouri. The Nevada city has never hosted a national political convention for either Democrats or Republicans, but it’s been aggressively courting the GOP. The city’s promotional video for the convention does not feature any gambling. Instead, it emphasizes Las Vegas’ hotels, sunshine, rock climbing, proximity to the Hoover Dam, NASCAR, places of worship, and the “growing Asian population.” The video pans to Disney’s logo.

Las Vegas has a strong lobbying campaign behind it. The team includes casino magnate Sheldon Adelson, who spent over $98 million on GOP candidates in 2012, resort businessman Stephen Wynn, and Washington political strategists, according to the New York Times. Andrea Lafferty, president of the Traditional Values Coalition, told The Dallas Morning News that while she supports Adelson, she fears that with all of the escorts and prostitutes available in the Las Vegas area, she “can see all the setups that are going to take place.”

Erick Erickson, editor-in-chief of the conservative blog RedState.com, also expressed concern about the GOP choosing Las Vegas. “Good Christian delegates getting drunk, gambling, stuffing dollar bills in strippers’ g-strings, etc. will be the toast of not just MSNBC, but the front page of the New York Times, ABC, CBS, NBC, the Huffington Post, and more.” he wrote. Not to mention, Sen. Ted Cruz (R-Tex.) might wake up with a tiger in his bathroom.