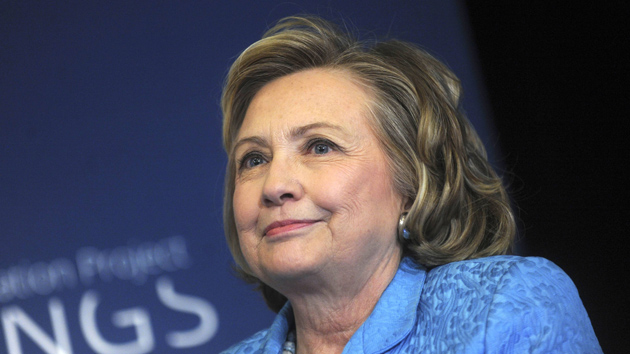 In a 1995 internal memo, President Bill Clinton’s White House Counsel’s Office offered an in-depth analysis of the right-wing media mill that Hillary Clinton had dubbed the “vast right-wing conspiracy.” Portions of the report, which was reported on by the Wall Street Journal and other outlets at the time, were included in a new trove of documents released to the public by the Clinton presidential library on Friday.

The report traced the evolution of various Clinton scandals, such as Whitewater and the Gennifer Flowers affair allegations, from their origins at conservative think tanks or in British tabloids, until the point in which they entered the mainstream news ecosystem. Making matters even more complicated was new technology, the report explained: “[E]vidence exists that Republican staffers surf the internet, interacting with extremists in order to exchange the ideas and information.” The administration even had a name for the process: “The Communication Stream of Conspiracy Commerce.”

The Communication Stream of Conspiracy Commerce refers to the mode of communication employed by the right wing to convey their fringe stories into legitimate subjects of coverage by the mainstream media. This is how the stream works. Well funded right wing think tanks and individuals underwrite conservative newsletters and newspapers such as the Western Journalism Center, the American Spectator and the Pittsburgh Tribune Review. Next, the stories are re-printed on the internet where they are bounced all over the world. From the internet, the stories are bounced into the mainstream media through one of two ways: 1) The story will be picked up by the British tabloids and covered as a major story, from which the American right-of-center mainstream media (i.e. the Wall Street Journal, Washington Times and New York Post) will then pick the story up; or 2) The story will be bounced directly from the internet to the right-of-center mainstream American media. After the mainstream right-of-center media covers the story, Congressional committees will look into the story. After Congress looks into the story, the story now has the legitimacy to be covered by the remainder of the American mainstream press as a “real” story.

Chief among the White House’s frustrations was conservative reaction to the death of Vince Foster, the president’s former chief of staff. Right-wing outlets alleged that the Clintons had murdered Foster (or hired someone to do it) and covered it up as a suicide. According to the report:

The controversy surrounding the death of Vince Foster has been, in large part, the product of a well-financed right-wing conspiracy industry operation. The “Wizard of Oz” figure orchestrating the machinations of the conspiracy industry is a little-known recluse, Richard Mellon Scaife. Scaife uses his $800 million dollar inherited Mellon fortune to underwrite the Foster conspiracy industry. Scaife promotes the industry through his ownership of a small Pittsburgh newspaper, the Tribune-Review. Scaife’s paper, under the direction of reporter Chris Ruddy, continually publishes stories regarding Foster’s death. The stories are then reprinted in major newspapers all over the country in the form of paid advertisements. The Western Journalism Center (WJC), a non-profit conservative think tank, places the ads in these newspapers. The WJC receives much of its financial backing from Scaife.

(Ruddy went on to found Newsmax, a conservative media outlet now promoting the theory that Chelsea Clinton decided to have a baby in order to help her mother’s 2016 presidential bid.)

Read the document in all of its glory: