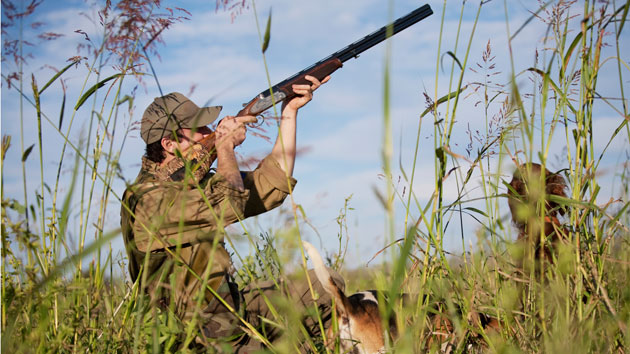 Last week, as the National Rifle Association geared up for its annual meeting in Indianapolis, a spokesman summed up the group’s base. “Everyone thinks our strength comes from our money. It doesn’t,” Andrew Arulanandam told the Indianapolis Star. “Our strength is truly in our membership. We have a savvy and loyal voting bloc.” The NRA regularly cites its devoted 4-5 million members as evidence of its clout and relevance. Yet while the gun lobby publicly extols its grassroots supporters, it has also been overlooking their interests while catering to those of the oil and gas industry.

The NRA calls itself “the number-one hunter’s organization in America.” But two new reports published by the Center for American Progress (CAP) and the Gun Truth Project and Corporate Accountability International show that, following contributions from oil and gas companies, the NRA lent its support to legislation that would open up more federal public lands to fossil-fuel extraction, compromising the wilderness that many hunters value.

In 2012, six oil and gas companies contributed a total of between $1.3 million and $5.6 million to the NRA, according to CAP. (The companies are Clayton Williams Energy, J.L. Davis Gas Consulting, Kamps Propane, Barrett Brothers Oil and Gas, Saulsbury Energy Services, and KS Industries.)

The NRA’s heftiest energy contributor by far is Clayton Williams Energy. CWE is the NRA’s largest corporate donor outside of the firearm industry, and one of its six largest overall donors. The publicly owned Texas energy company has donated no less than $2 million to the NRA in the past four years: at least $1 million in 2010, according to an SEC filing, and at least $1 million in 2012, according to the NRA. In 2010, CEO, president, director, and board chairman Clayton Williams Jr. told a meeting of oil drillers that he’d given more than $3 million to the NRA. In 2013, Williams and his wife, Modesta, were inducted into the NRA’s Golden Ring of Freedom, a small circle of major donors. The couple was celebrated in a 10-page feature story in a 2011 issue of the NRA’s Ring of Freedom magazine.

CWE, which is largely owned by Williams and his family, focuses on extracting oil and natural gas and has no direct ties to the firearms industry. However, Williams and his wife are avid hunters and he says he plans to “retire and go hunting.” (Though not, he hopes, until he’s 90.) Williams once said that “the enemies of the National Rifle Association are enemies of mine.” Williams ran for governor of Texas in 1990, and kept up a 20-point lead for much of the race. He lost after making a comment comparing rape to bad weather: “If it’s inevitable, just relax and enjoy it.” 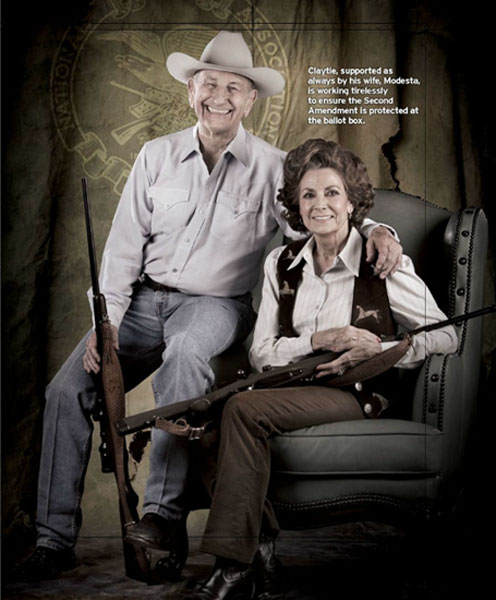 Not long after CWE donated $1 million to the NRA in 2010, Rep. Kevin McCarthy (R-Calif.) introduced the Wilderness and Roadless Area Release Act. The bill was a big deal as far as anti-conservation bills go: “It posed a very real threat to backcountry areas around the country,” says Matt Lee-Ashley, a CAP senior fellow and the author of the think tank’s report. The bill would have enabled logging, mining, oil and gas extraction, and road building on protected federal lands. More than 200 wildlife managers and scientists wrote to Congress voicing their opposition, noting that “most of us are dedicated hunters and anglers.” Representatives from eight sportsmen’s groups in Colorado wrote their congressional delegation, calling the bill “an affront to a long-standing public process and our outdoor heritage.”

The NRA said the bill would protect “the ability of the American people to access lands that belong, not to the government, or to extremist environmental groups, but to the people.”

Despite these concerns from parts of its longtime constituency, the NRA teamed up with oil and gas interests—including the American Petroleum Institute and the National Mining Association—to lobby for the bill. The NRA explained its position with an appeal to hunters and a dig at conservationists. McCarthy’s bill, it said, “will make public hunting lands not suitable for wilderness designation available to millions of Americans that are unfairly closed out from them now…protecting the ability of the American people to access lands that belong, not to the government, or to extremist environmental groups, but to the people.”

The bill failed to pass in 2011 and again in 2012. Its supporters moved on to a similar new measure, the Recreational Fishing and Hunting Heritage and Opportunities Act, which was introduced in 2011 and again in the current Congress by Rep. Dan Benishek (R-Mich.). In its analysis of the bill, the National Wildlife Federation called it “nothing more than the sportsmen community being used as a cover to hide an attack on Wilderness, National Monuments, and National Wildlife Refuges.” Susan Recce, director of conservation, wildlife, and natural resources at the NRA, testified before the House in favor of the bill, calling her opponents’ arguments “specious.” The bill passed the House in February after being tacked on to H.R. 3590, the Sportsmen’s Heritage and Recreational Enhancement Act (SHARE Act).*

The NRA’s lobbying on these bills appears to contradict the express commitment of of its lobbying arm to “be involved in any issue that directly or indirectly affects firearms ownership and use. These involve such topics as hunting and access to hunting lands [and] wilderness and wildlife conservation.” CAP’s report also cites several polls showing that preservation of wildlife is important to most sportsmen: A 2012 poll found that two-thirds of sportsmen want to maintain current conservation levels and oppose “allowing private companies to develop public lands when it would limit the public’s enjoyment of—or access to—these lands.” In a 2013 survey of hunters and anglers, nearly 75 percent of respondents opposed selling public lands to help reduce the deficit.

“The idea that wildlife is a public good to be managed for the benefit of all is now so widely accepted among sportsmen that the prospect of the principle being undermined or eroded seems unimaginable,” Lee-Ashley notes in his report. CAP asked the NRA to clarify the relationship between its oil industry contributors and its recent anti-conservationist lobbying but did not receive a response. (Mother Jones also asked the NRA for comment, and we’ll update this story if it responds.)

CWE’s contributions to the NRA have also caught the eye of one of its shareholders. New York City Pension Funds have more than $3 million invested in the company. Last week, New York City comptroller Scott Stringer sent a letter to the company asking it to explain its large donations to the NRA and to American Crossroads, Karl Rove’s super-PAC. Stringer explained his action to the Associated Press: “The reported contributions are extremely large for such a small company and seem intended to further the political views of its chairman and CEO rather than the interests of the company itself.”?

Correction: An earlier version of this article said the Recreational Fishing and Hunting Heritage and Opportunities Act was still awaiting a House vote.