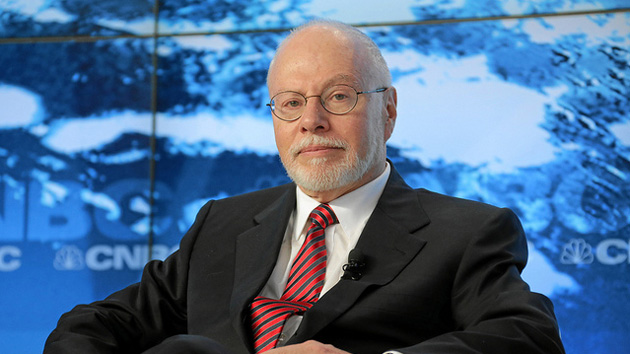 Paul Singer, the so-called “fundraising terrorist,” is at it again.

The founder of the multibillion-dollar hedge fund Elliott Management, Singer is a Republican mega-donor without peer. He cuts checks to candidates and political committees, mingles at the donor retreats convened by Charles and David Koch, and, more recently, has used his wealth to nudge the Republican Party into the 21st century. He bankrolls a super-PAC that supports pro-gay marriage Republicans, funds pro-immigration reform groups, and recently started his own club of donors, a la the Kochs, to join him in his efforts.

Now, the most recent round of federal campaign filings has revealed a new cause of Singer’s: Winning Women, a fundraising committee devoted to electing more Republican women to Congress and so countering the claim that the GOP is anti-women. Winning Women is funded largely by Singer, employees of his hedge fund, and donors with ties to Singer. In addition, Singer cohosted a fundraiser to help the female GOP candidates backed by Winning Women so far.

For each of three candidates, Winning Women’s money provided a major cash infusion.* In Stefanik’s case, the $110,917 she received from Winning Women made up 41 percent of the donations to her campaign from January to March. The $109,832 McSally pocketed in the same period made up 25 percent of her first-quarter fundraising. Comstock, who won her fiercely fought GOP primary this past weekend, overall raised the most, $761,354, of the three candidates. More than $100,000 of that haul came from the Singer-linked committee.

Winning Women raised $361,000 in the first quarter of 2014, and much of that money came from Singer, his family, and donors with ties to the Singers. Sixteen employees of Elliott Management and its London office, Elliott Advisers, contributed $104,250, including Singer and his son, Gordon. Thirteen attorneys at Kleinberg Kaplan Wolff Cohen, a law firm close to Singer and Elliott, chipped in $7,850. And other Singer-affiliated donors included employees of Singer’s family office and foundation, hedge fund investor Clifford Asness (a GOP ally of Singer’s in the marriage equality push), and consultant Phil Musser, a former executive director at the Republican Governors Association. (Singer did not respond to a request for comment.)

Like Charles and David Koch on the right and the Democracy Alliance on the left, Singer and his donor friends are taking greater control over their political giving, carefully deciding who gets their money and how it gets spent.

Bill Allison, the editorial director at the Sunlight Foundation, a nonpartisan transparency group, says Singer’s efforts to aggressively shape the direction of the Republican Party by providing cash infusions to preferred candidates and causes illustrate the impact of recent court decisions regarding campaign finance. “Now you have the ability to set up these networks of influence separate from the parties,” he says. “It creates these power centers outside the traditional two-party system, and these can pull the candidates in directions that are not necessarily where the party wants to go.”

Winning Women also bears the imprimatur of the Chicago-based Ricketts family, another powerful force in Republican money circles led by Joe Ricketts, the billionaire founder of TD Ameritrade. Sylvie Légère Ricketts, the wife of Chicago Cubs owner Todd Ricketts (Joe’s son), co-hosted the Winning Women fundraiser with Singer for Comstock, Stefanik, and McSally. Four members of the Ricketts family—Sylvie, Todd, Marlene, and Cecelia—also gave a combined $45,000 to the committee. (Interesting side note: Although much of the Ricketts family leans Republican, Laura, the daughter of patriarch Joe Ricketts, is a major fundraiser for Democrats and LGBT organizations.)

The Ricketts clan has plans for a donor alliance of its own. As Bloomberg reported last month, Joe Ricketts hopes to expand his political operation, Ending Spending, to include more activist donors like him. Already, Ricketts has recruited Las Vegas casino magnate Sheldon Adelson, the biggest donor in modern history, to give to Ending Spending. “It has become clear to me that policy is made by the people who show up,” Todd Ricketts, who is Laura’s sister, told Bloomberg. “We’re showing up.”

The money contributed by Elliott Management’s London branch to Winning Women could raise questions for McSally, Comstock, and Stefanik. Elliott Advisers, run by Paul Singer’s son, Gordon, stands accused of insider trading by a French financial regulator, which is considering whether to fine Elliott Advisers $55 million for market manipulation and trading on inside information regarding a French motorway company called APRR. (Elliott has denied any wrongdoing in the matter.)

None of the three candidates who received Winning Women’s help responded to requests for comment. Kristen Douglas, a spokeswoman for McSally, told the website Arizona’s Politics: “Winning Women was formed to support three promising female candidates and we are honored for the nationwide support to get us to victory in November.”

* The percentages in this paragraph have been corrected. Return to the story.