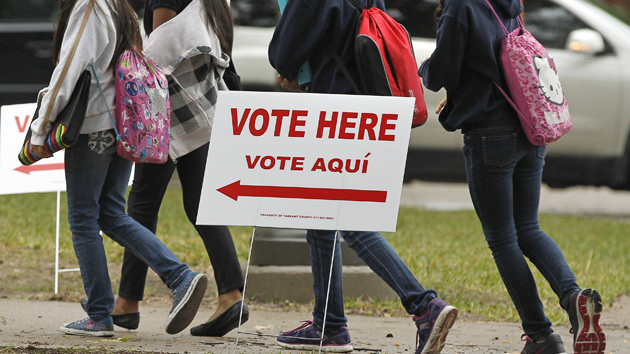 Wisconsin voters won’t be forced to present a photo ID to gain access to the ballot thanks to a new federal court decision. U.S. District Judge Lynn Adelman ruled on Tuesday that the state’s voter ID law violates the constitutional rights of minority and low-income voters. In his decision, Adelman cited the Voting Rights Act to invalidate the 2011 Wisconsin law—passed by the state legislature and signed by Republican Gov. Scott Walker—that implemented a photo ID requirement for all voters.

Voting rights advocates despaired last summer after the Supreme Court blocked Section 5 of the Voting Rights Act, a key provision of the law that required the government to approve any voting changes in states and jurisdictions with a history of discrimination (Wisconsin was not one of those states). Since that decision, states previously covered by Section 5 have rushed to add voter restrictions. But based on Adelman’s logic, these controversial photo ID requirements that have been implemented across the country run afoul of a part of the Voting Rights Act that the Supreme Court left untouched.

The decision notes that about 300,000 registered voters in Wisconsin don’t have the required form of identification, and that a preponderance of that group are minorities or low-income voters. Section 2 of Voting Rights Act requires that voting standards don’t “result in a denial or abridgement of the right of any citizen of the United States to vote on account of race or color.” According to evidence presented during the trial and accepted by the judge, in 2012 African American voters lack state ID at 1.7 times the rate of white voters. Hispanic voters lacked the proper ID at 2.6 times the rate as white voters.

“The reason blacks and Latinos are disproportionately likely to live in poverty, and therefore to lack a qualifying ID, is because they have suffered from, and continue to suffer from, the effects of discrimination,” the decision says. Adelman noted that the problem is particularly acute in certain parts of Wisconsin. He wrote that Milwaukee is the absolute worst in terms of black-white segregation and ninth worst for Hispanic-white segregation among the largest metropolitan regions. “The socioeconomic disparities between whites and minorities in Wisconsin are also traceable to the effects of discrimination in employment,” his ruling says. Because of that economic imbalance, minority voters would have a tougher time gaining the sort of photo IDs required by Wisconsin’s law.

“[Wisconsin’s voter ID law] only tenuously serves the state’s interest in preventing voter fraud and protecting the integrity of the electoral process,” Adelman’s decision says, “and therefore the state’s interests do not justify the discriminatory result. Accordingly, the photo ID requirement results in the denial or abridgment of the right of Black and Latino citizens to vote on account of race or color.”