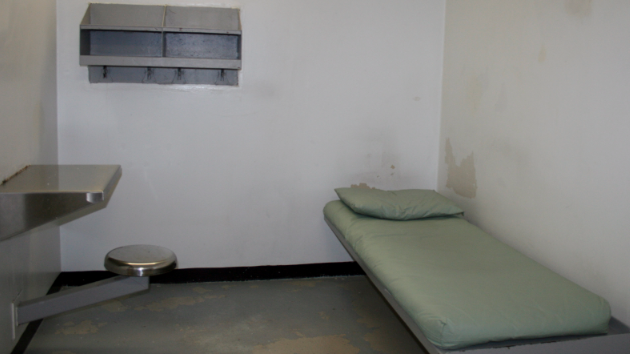 On Thursday, Rep. Cedric Richmond (D-La.) introduced a bill that would require a federally appointed commission to study the use of solitary confinement in US and state prisons and juvenile detention facilities and recommend national standards to reform the practice and ensure it is only “used infrequently and only under extreme circumstances.” The attorney general would be tasked with implementing these standards. The legislation has six cosponsors, all Democrats, and comes on the heels of a number of states, including Maine, New Mexico, Nevada, and Texas passing their own bills to study the practice.

Tens of thousands of Americans are held in solitary confinement each year. Some have been in solitary for decades. “Our approach to solitary confinement in this country needs immediate reform,” Richmond said in a statement Thursday. “Do we feel comfortable putting a man or woman in a dark hole for decades on end with no additional due process? Is this practice consistent with our values? I don’t think so. I know we are better than that.”

Richmond’s bill says that the federal commission must recommend standards so that the use of solitary confinement is limited to fewer than 30 days in any 45-day period, unless the head of a corrections facility determines that prolonged solitary confinement is necessary for the security of the institution, or if the prisoner requests it. The proposal would require that prisoners receive “a meaningful hearing” with access to legal counsel before being placed in long-term solitary confinement, and entitle them to have their cases reviewed every 30 days.

The national standards required by the bill would include a number of other reforms, including limiting the use of involuntary solitary confinement to “protect” vulnerable individuals—for example, prisoners who are transgender—and improving access to mental health treatment for prisoners placed in solitary. The legislation also mandates that correction officials avoid placing juveniles in solitary for any duration, “except under extreme emergency circumstances.” (Between April and September of last year, four juvenile correctional facilities in Ohio imposed almost 60,000 hours of solitary confinement on 229 boys with mental-health needs.) The bill requires the attorney general to publish a final rule adopting the national standards, and would reduce federal grant funds given to states for their prison programs by 15 percent each year until the states comply with the new standards.

A United Nations torture expert said in 2011 that solitary confinement should not be used for more than 15 days. Richmond’s bill does not embrace that recommendation. But human rights groups say the bill is a great first step, and recommend its passage. “The introduction of this legislation will help us take a step toward more humane prison practices and shine a light on the tens of thousands of human beings condemned to suffer in prolonged solitary confinement,” said Jasmine Heiss, senior campaigner at Amnesty International USA, in a statement.