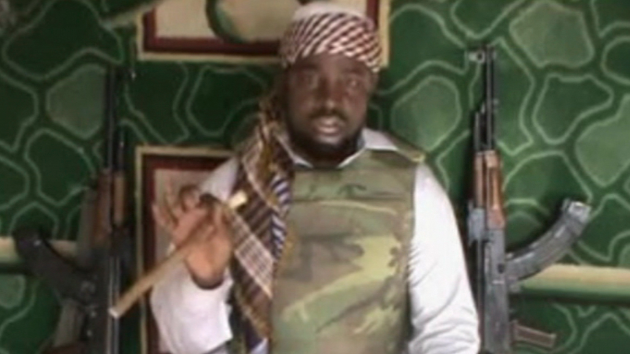 In the wake of the April kidnapping of 276 Nigerian schoolgirls by the terrorist group Boko Haram, fearsome images of the militants—in army fatigues and turbans, brandishing automatic weapons and rounds of ammo—have been splashed over the front pages of the international press. But the Al Qaeda-linked group has been slaughtering Nigerians by the hundreds since 2009. They’ve also kidnapped scores of women and children and attacked dozens of schools over the past year, with little attention from the Western media. Why did the foreign press decide to start paying attention now?

Part of the reason is the sheer scale of the kidnapping. According to the latest numbers, nearly 300 schoolgirls were abducted on April 15 from Chibok boarding school in the northern Nigerian state of Borno. Last year, Boko Haram abducted handfuls of children, as well as Christian women, whom the group converts to Islam and forces into marriage. The group attacked 50 schools last year too, killing more than 100 schoolchildren and 70 teachers. The number of kids taken during the raid on the Chibok school is staggering, however. “It is the largest number of children abducted in one swoop in the country,” says Nnamdi Obasi, a senior Nigeria analyst for the International Crisis Group, a nonprofit conflict resolution organization. “Certainly not a minor incident that could be ignored.”

But it’s not just the shock value of the Chibok school attack that’s put a recent spotlight on Boko Haram. The group has terrorized the country on this scale before, having killed thousands over the past five years. In November 2011, the militants attacked police facilities in the northern state of Yobe, killing 150. That year, the group also carried out a brazen attack on the UN compound in the capital city of Abuja. In January 2012, coordinated bombings by the Islamist militants in the city of Kano killed about 150. And in July of that year, the group attacked multiple Christian villages in the north, killing more than 100. Those attacks prompted obligatory reports by the likes of the New York Times, the Associated Press, Reuters, and the BBC.

The real reason for the disproportionate amount of press coverage and outrage this time around, experts say, has to do with a combination of things: the Nigerian government’s tepid response to the missing girls, the international media’s initial indifference, and Nigerians becoming fed up with both.

“The initial assumption was that the girls would be rescued in a matter of days,” Obasi says. But “this tragic situation dragged on, with the Nigerian government seemingly unable to find a solution.” From the start, Nigerian security forces did not appear particularly motivated to find the girls, Mausi Segun, a researcher for Human Rights Watch based in northern Nigeria, told Mother Jones last week. She says the military was not making use of information provided by parents and locals in its rescue efforts. Meanwhile, the government of Nigerian President Goodluck Jonathan has formed no rescue operation, and falsely reported earlier on that some of the girls had been rescued. Jonathan waited 19 days to create a “fact-finding” committee. (Nigerian First Lady Patience Jonathan recently alleged that women protesting in Abuja against the government’s weak response to the Chibok abductions had fabricated the kidnappings.)

Adding insult to injury, the international media largely ignored the massive abduction for the first week or so. In response, some Nigerians lashed out at the Western press for not covering the kidnapping of hundreds of black girls in the way that it likely would have covered the kidnapping of hundreds of white girls, and launched the Twitter hashtag #BringBackOurGirls. The campaign to rescue the girls spurred the belated outpouring of global press coverage on the abductions and on the origins and motivations of Boko Haram.

“I think that the media in certain places…which did not initially report much on the most recent kidnapping, may be trying to ‘make up’ for their tardiness.”

The kidnapping and the initial radio silence “hit a nerve in the Nigerian diaspora and among communities of color, and in particular women and girls,” says Adotei Akwei, a former Africa advocacy director for Amnesty International. Christopher Anzalone, an expert on political violence and terrorism at McGill University, agrees. “I think that the media in certain places, such as the United States, which did not initially report much on the most recent kidnapping, may be trying to ‘make up’ for their tardiness.”

Adding fuel to the growing international outrage over the attack is the fact that the Chibok abduction comes on the heels of other assaults on girls’ education around the globe over the past few years, as Nicholas Kristoff noted Sunday in the New York Times. In 2012, the Pakistani Taliban shot 15-year-old Malala Yousafzai because she advocated for girls’ education. The Taliban in Afghanistan has terrorized girls who go to school with bombings, death threats, and acid attacks.

Boko Haram means “Western education is sinful” in Nigeria’s local Hausa language. The group—which the Obama administration recently designated a terrorist organization—believes the Nigerian government has been corrupted by the West and wants to return the country to the pre-colonial era of Muslim rule. The terror group has killed roughly 5,000 Nigerian men, women, and children since 2009, and has become more brazen of late. In the the first few months of 2014, it has already killed 1,500 people.

The barrage of media coverage likely prompted Secretary of State John Kerry on Tuesday to offer to send a team to Nigeria to help search for the girls. But press attention has adverse effects too. The kidnappings have been good PR for Boko Haram, and now the group is doing everything it can to pile onto the media frenzy. On Monday, the leader of Boko Haram, Abubakar Shekau, vowed in a homemade video to sell the girls off as slaves. And on Tuesday, suspected Boko Haram gunmen kidnapped another eight girls from a northeastern village.