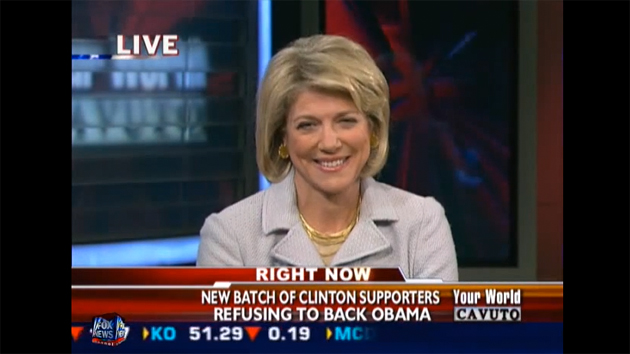 Next week, Hillary Clinton will make her first appearance at a political event since leaving the State Department last year. Clinton is scheduled to headline a May 15 fundraiser for Marjorie Margolies, who is running for a House seat in Pennsylvania. Margolies, who held the seat in the early 1990s but lost it after she cast the tie-breaking vote to pass Bill Clinton’s 1993 budget, is a Clinton in-law. Her son, Marc Mezvinsky, is married to Chelsea Clinton.

It’s natural that Clinton would help Margolies. What’s intriguing is the evening’s host, Lady Lynn Forester de Rothschild, a fierce and longtime critic of Clinton’s former boss, President Barack Obama. De Rothschild, a billionaire CEO who runs a private investment company, backed Clinton in the Democratic primary in 2008 but became a leading anti-Obama PUMA activist (it stands for Party Unity My Ass) after Obama vanquished Clinton. De Rothschild claimed that Obama would ruin the country and went so far as to endorse Sen. John McCain in the general election that year. “What [Obama] offers may be, in substance and in spirit, a radical departure from the principles of the American Dream that has defined our nation over the last two centuries,” she wrote in an op-ed. Since then, de Rothschild has ruthlessly attacked the president, calling him a loser, claiming he’s out to destroy the American dream, and arguing that his success has more to do with his race than his actions.

During the 2008 campaign, de Rothschild’s harsh criticism of Obama captured the attention of the cable news circuit. She made the rounds, claiming that she was defending the interests of middle-class voters against Obama’s elitism. “The class war that Barack Obama would like to declare in this country to divide people is so wrong,” she said during an interview with CNN, and she compared Obama to Adlai Stevenson—as part of the wing of the Democratic Party that thinks “they are grander than the rest of us.” Even CNN’s Campbell Brown pointed out that de Rothschild and her husband are billionaires who are hardly representative of modest middle-class interests.

Here are a few other highlights from de Rothschild’s time as an Obama denouncer: