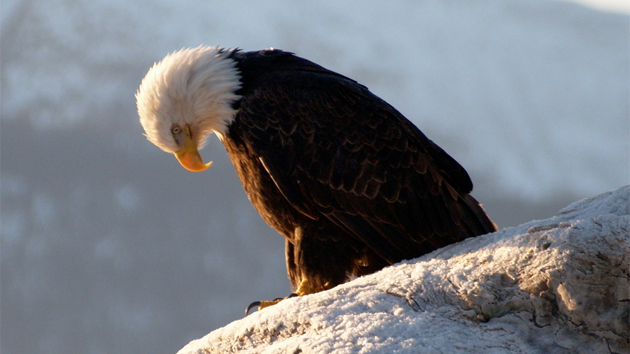 On Thursday, the House voted 303-121 to pass the USA Freedom Act, a bill intended to end the NSA’s bulk collection of Americans’ phone records, which privacy-minded House members on the left and right originally cheered. The measure lost support from NSA critics after the House Rules Committee gutted key reforms in the 11th hour. On the House floor Thursday, a largely bipartisan group of legislators who once supported the bill  opposed the measure because they believe it will actually codify the NSA’s controversial surveillance.

“I’m disappointed that this popular bipartisan bill has been so drastically weakened,” Rep. Mike Honda (D-Calif.), a sponsor of the original bill, said. Representative Rush Holt (D-N.J.) asked, “How could anyone vote for legislation that doesn’t uphold the constitutional standard of probable cause?”  Rep. Justin Amash (R-Mich), also an original sponsor who voted against the new version, wrote in a lengthy Facebook post, that the revised bill “doesn’t look much like the Freedom Act…It mocks our system of government that [President Obama and lawmakers] worked to gut key provisions of the Freedom Act behind closed doors.”

It was an odd turn of events that led previous backers of the measure to now call for its defeat. One big issue was whether the revised version of the USA Freedom Act will really end the NSA’s practice of hoovering up American’s phone metadata in bulk. The bill’s defenders include Republican and Democrat intelligence committee members—at the debate, House Intelligence Committee Chairman Mike Rogers (R-Mich.) referred to NSA whistleblower Edward Snowden as a “traitor” who made “criminal” disclosures—and NSA critics who argued that the legislation is better than nothing. But the bill’s critics charge that the language in the new version is so ambiguous that large-scale collection of phone records will still be permissible. Additionally, according to The Guardian, a tech coalition including Facebook, Google, Microsoft, AOL, Dropbox, Twitter, Yahoo and LinkedIn noted that the revised version creates an “unacceptable loophole that could enable the bulk collection of internet users’ data.”

The 51 Republicans and 70 Democrats voted against the bill make up an unusual political coalition. Republicans who voted no include Rep. Darrell Issa (R-Calif.), Rep. Louie Gohmert (R-Texas), and Rep. Thomas Massie (R-Ky.)  “Under the finalized floor version of the USA Freedom Act, it would be completely legal for the NSA to request all records for an area code, zip code, or even all of the emails for accounts that start with the letter ‘A,’ all without a warrant,” Massie said on Facebook. Rep. Zoe Lofgren (D-Calif) said at the debate that she could not support the bill because it did not end bulk collection. Rep. Peter Welch, (D-V.T.) tweeted, “It’s progress, but doesn’t do enough to rein in NSA.”

With such a bipartisan group opposing the bill, the debate over NSA surveillance will continue, with reforms arriving further down the road. “The American people demand that the Constitution be respected, that our rights and liberties be secured, and that the government stay out of our private lives,” Amash wrote. “Fortunately, there is a growing group of representatives on both sides of the aisle who get it.”