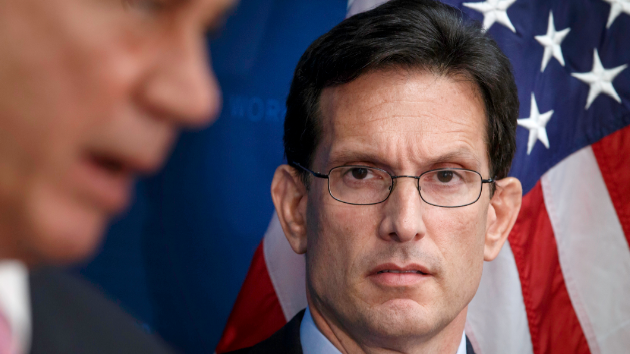 Here’s why. A year ago, the Supreme Court struck down a key section of the 1965 Voting Rights Act (VRA) that required states and localities with a history of discrimination to get approval from the federal government before changing voting procedures. Since the landmark ruling, Republican lawmakers in 8 of the the 15 states that used to be covered by the VRA’s voter protections have passed or enacted restrictive voting measures.

To fix this, a bipartisan group of Representatives introduced legislation earlier this year that would reinstate many of the VRA’s voter protections. House majority leader Eric Cantor (R-Va.)—after trekking to Selma, Alabama on a civil rights pilgrimage—became the only member of the GOP leadership to back the bill, called the Voting Rights Amendment Act (VRAA). Now Cantor is out of the picture, and some advocates say that without his support, a voting rights fix is doomed.

“I think that Cantor’s loss is the nail in the coffin for the VRAA,” says one Democratic House aide who has worked on the legislation. The GOP chair of the House judiciary committee has blocked the bill for months now, and conservative groups opposed to the measure have been making a ruckus. Now “there isn’t anyone like Cantor… working to bring Republicans to the table,” the aide says.

Some voting rights advocates are holding out hope that Cantor will push the VRAA through the House before he leaves office. “It has been clear that his feelings on voting rights were grounded in his personal experience of going to Selma with [civil rights icon Rep.] John Lewis,” says Estelle Rogers, the legislative director at the voting rights advocacy group Project Vote. “We hope he can now act…without politics clouding the issue.”

There’s still time. If Cantor convinces House judiciary committee chair Rep. Bob Goodlatte (R-Va.) to bring the voting rights fix bill up for a vote in the next few weeks so that it can move through the full House and the Senate, there’s a chance that the legislation could protect voters in the midterms this fall.

Cantor’s office did not immediately respond to requests for comment.