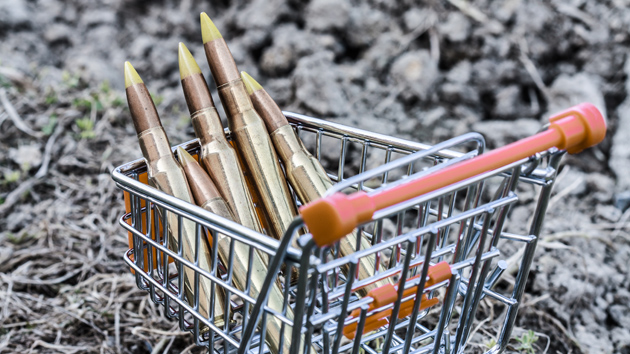 Gun control lives! In a 5-4 decision Monday, the high court knocked down a National Rifle Association-backed challenge to elements of a 1968 statute that criminalizes lying about the intended owner of a firearm. The law—which basically says that you can’t claim you’re buying a gun for yourself when you’re really buying it for someone else—has been used by the Department of Justice to target gun traffickers, who routinely employ third parties known as straw purchasers to bypass the federal background check system.

In the case, Abramski v. United States, the NRA and other gun groups argued that lying about who would end up with the gun shouldn’t matter if the intended owner could legally own one—and more broadly, that the entire prohibition on straw purchasing was itself a “legal fiction” with no real basis in the law itself. Twenty-six states signed on in support, arguing that the law infringed on their rights to regulate gun sales.

In the majority opinion, Justice Elena Kagan, who was joined by the three other liberal-leaning justices and the swing vote, Anthony Kennedy, emphatically disagreed: “No piece of information is more important under federal firearms law than the identity of a gun’s purchaser—the person who acquires a gun as a result of a transaction with a licensed dealer.”

The challenge arose out of a case of mistaken identity. Angel Alvarez sent his nephew, Bruce Abramski, a check for $400 with instructions to purchase and deliver to him a Glock 19 handgun. Ambraksi walked into a firearm dealership in Rocky Mount, Virginia, two days later, passed a background check, and signed a form indicating that he was the intended owner of the firearm. When investigators later misidentified Abramski as a suspect in a bank robbery (he wasn’t charged), federal investigators found a copy of the receipt revealing that he had purchased the Glock for his uncle—meaning he’d lied on a federal form to purchase the gun.

In lower courts, Abramski argued that his straw purchase was immaterial because his uncle was legally empowered to own a gun and could have passed a background check. But Abramski then made a far larger argument—that the 1968 gun control law really only governs the initial purchase, and had nothing to do with straw purchases. According to the NRA, federal regulators simply pulled the straw purchasing prohibition from thin air. Kagan wanted nothing of it:

The provision thus prevents remote sales except to a small class of buyers subject to extraordinary procedures—again, to ensure effective verification of a potential purchaser’s eligibility. Yet on Abramski’s view, a person could easily bypass the scheme, purchasing a gun without ever leaving his home by dispatching to a gun store a hired deliveryman. Indeed, if Abramski were right, we see no reason why anyone (and certainly anyone with less-than-pure motives) would put himself through the procedures laid out in §922(c): Deliverymen, after all, are not so hard to come by.

Abramski envisioned a federal gun control law that “would stare myopically at the nominal buyer while remaining blind to the person exiting the transaction with control of the gun,” Kagan argued.

Monday’s decision is good news for the Justice Department. The law stands. Now the government just has to find a way to enforce it.