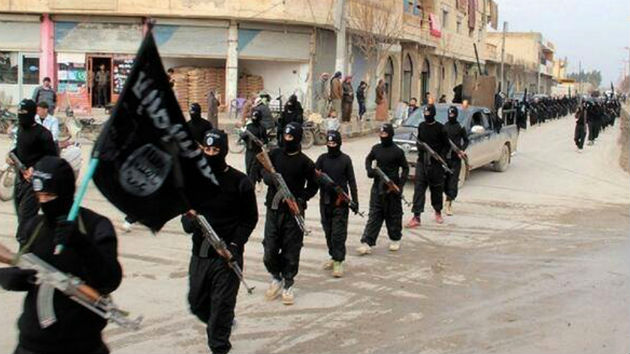 1. George W. Bush and Dick Cheney invaded Iraq with no clear and comprehensive plan for what to do after the invasion and the end of Saddam Hussein’s regime. Weeks before the war, the administration stated there was no reason to fear that sectarian conflict would ensue after Saddam was booted.

2. Following the invasion, the Bush-Cheney administration decided to prohibit the Sunni-dominated Baath Party from participating in a post-Saddam government and decommissioned the existing Baathist-led military. This caused deep resentment among Sunnis, especially former military commanders and soldiers (who would now be available for an armed opposition). The move had the effect of banishing Iraqis with governing and security experience from the post-Saddam order. That would be good for chaos and conflict.

3. The Bush-Cheney deciders, having decimated the Sunni ruling establishment, backed the creation of a government led by hard-line Shiite religious parties, including the party of Prime Minister Nouri al-Maliki. The Maliki regime has been corrupt, authoritarian, and incompetent—and allied closely with the Shiite government in Iran. (Iran was a key sponsor of Maliki when he was in exile during the Saddam years.) The thuggish Maliki government, supported by the Bush administration and then the Obama administration, has treated the Sunni areas of Iraq as enemy territory and refused to share power with Sunnis—stoking the deep-seated tensions between Sunnis and Shiites. (As the murderous Sunni ultra-extremists of the Islamic State in Iraq and Syria, or ISIS, have gained power in Mosul and other Sunni-dominated cities and towns, non-extremist Sunnis have sided with—or tolerated—the jihadists because of their shared hatred of the Maliki regime and the Iraqi military, which Sunnis in Mosul considered an occupying force).

4. President Barack Obama did not leave a residual force of American troops in Iraq after he withdrew US troops because Maliki would not sign a Status of Forces Agreement protecting US soldiers. Though Bush also did not negotiate a long-term SOFA, prominent Republicans, including Senator John McCain and Mitt Romney, have slammed Obama for failing to obtain such an agreement. But Fareed Zakaria reports that a senior Iraqi politician told him, “Maliki cannot allow American troops to stay on. Iran has made very clear to Maliki that it’s No. 1 demand is that there be no American troops remaining in Iraq. And Maliki owes them.”

5. The United States has provided much training and equipment to the Iraqi military—$25 billion in military aid—before and after the US withdrawal. Yet under Maliki the Iraqi army has not been professionalized and has committed repeated abuses against civilians, according to Human Rights Watch, including unlawful raids and arrests, torture, and indiscriminate shelling. When a relatively small band of jihadists attacked Mosul and Tikrit, four major divisions folded. Training and equipment does not help if soldiers strip off their uniforms and flee because they are not committed to the mission and the government.

6. More US assistance to Maliki and his military may not make the difference. (See No. 5.) Moreover, Iran has sent special forces to Iraq to assist Maliki—bolstering Iraq’s dependence on Iran. If the United States were to funnel additional military equipment (and more advanced equipment) to Maliki’s army, it could well end up with the ISIS jihadists (given the Iraq military’s habit to cut and run) or—get this—with the Revolutionary Guard  of Iran. A good deal for Tehran. And if US air strikes are ordered in Iraq to assist Maliki, American fighter jets or drones would be deployed in a tactical alliance with Iran.

7. The current crisis is not the result of inadequate US support of Maliki and the Iraqi military. It is the outcome of Maliki’s failures, which have provided the evildoers of ISIS—a band that does threaten civilians and stability in the region—an opportunity, and these failures were enabled by the Bush administration and unaddressed by the Obama crew. Unless the basic dynamic is altered, any military action—whether taken by the United States, regional allies, and/or NATO—will be as effective as pounding sand.