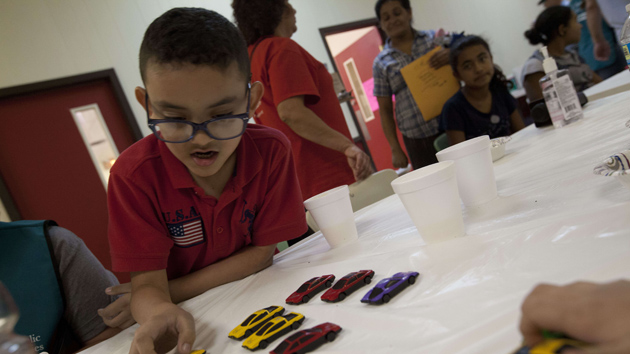 Last week, Rep. Phil Gingrey (R-Ga.) wrote a letter to the Centers for Disease Control and Prevention with a dire warning: Some of the child refugees streaming across the southern border into the United States might carry deadly diseases. “Reports of illegal immigrants carrying deadly diseases such as swine flu, dengue fever, Ebola virus and tuberculosis are particularly concerning,” Gingrey wrote. “Many of the children who are coming across the border also lack basic vaccinations such as those to prevent chicken pox or measles.”

Gingrey’s analysis carried an aura of credibility among conservatives, because, as Judicial Watch noted, the congressman is “also [a] medical doctor.” But his two-page letter is filled with false charges—there’s no evidence that migrants carry Ebola or that they’re less likely to be vaccinated—from an inconvenient messenger: The congressman has himself pushed legislation to discourage some kinds of mandatory vaccinations in the United States.

According to the World Health Organization, Ebola virus has only ever affected humans in sub-Saharan Africa. (It has been found in China and the Philippines, but has never caused an illness, let alone a fatality.) Central America is far away from sub-Saharan Africa: 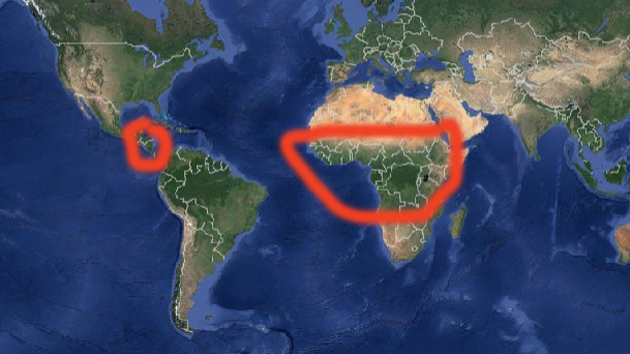 Central America is on the left. Google Maps

Ebola has a 50 percent mortality rate and a remarkably short life-span, so it’s safe to assume that if it had somehow made its way across the Atlantic to our own hemisphere, we would’ve heard it by now; some congressman probably would’ve sent a letter. But apparently Ebola fearmongering can travel across the Atlantic even if the disease can’t: A similar allegation was leveled in Italy last spring, with activists warning that migrants from Guinea were bringing Ebola with them to the peninsula. (Although false, the claim was at least more plausible: There is an Ebola outbreak in Guinea.)

Gingrey’s misdiagnoses aren’t confined to Ebola. As the Texas Observer points out, when it comes to measles, children in Guatemala, El Salvador, and Honduras are more likely to be vaccinated than children in the United States. None of those countries have recorded an outbreak of measles in 24 years. Kids in Marin County are more at risk.

Gingrey has long-standing ties to the Association of American Physicians and Surgeons, a far-right medical group that opposes all mandatory vaccines. The organization touts access to Gingrey as one of its membership perks. (The AAPS has, incidentally, taken the lead in pushing the idea that migrant children are disease carriers.) In 2007, he wrote an amendment that would allow parents to block their children from receiving HPV vaccines, which are designed to combat cervical cancer.

Now that he’s got a full-time job in Washington, Gingrey doesn’t spend as much time practicing medicine as he used to. Maybe he could use a refresher.

For more of Mother Jones‘ reporting on unaccompanied child migrants, see all of our latest coverage here.