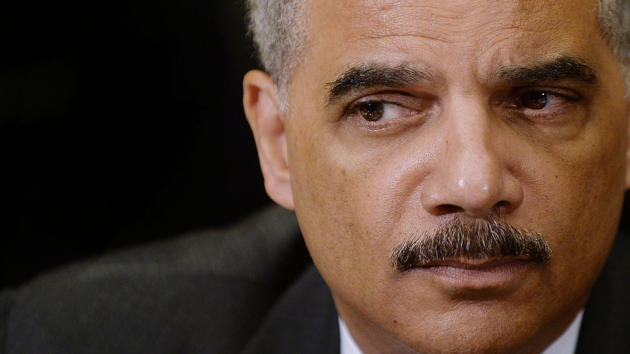 In an unprecedented move, Attorney General Eric Holder has intervened in a defamation lawsuit, seeking to have the case thrown out on the grounds that it will reveal state secrets—without publicly explaining how it would do so. On Wednesday, a lawyer for the plaintiff in the case, a Greek business mogul accused of doing business with Iran, fired back at Holder in a letter to the court that essentially says: Prove it.

In a letter to US District Judge Edgardo Ramos, the lawyer for the plaintiff, a shipping titan named Victor Restis, asks the court to order Holder to explain himself. Without a specific explanation of how their “purely private dispute” jeopardizes state secrets, Restis’ lawyer, Abbe Lowell, notes that it is impossible for the plaintiff to argue otherwise: “This is a highly unusual case for the assertion of the state secrets privilege, and the potential relevance of the privilege is hardly apparent on the face of the case. Absent further disclosure from the government, the plaintiffs cannot meaningfully respond to the government’s claim.” Lowell continues, “It is not at all clear why classified information would be in the hands of the non-governmental defendants, or why they should not bear any burden for mishandling that information by disclosing it.”

Restis is suing United Against Nuclear Iran, an influential New York-based activist group that favors a tough political stance against Iran, for accusing his company of violating international sanctions against Tehran by exporting Iranian oil. Restis says the accusation is false. The Justice Department got involved in the case once Restis subpoenaed the information UANI has compiled on him and the group’s donor list, according to the New York Times.

Holder likely submitted a classified affidavit to the court explaining his demand for dismissal, says Wizner. To show that the lawsuit jeopardizes national security, Wizner says, Holder must prove that state secrets are central to the arguments of either the plaintiff or defense. It is possible for Judge Ramos rule that attorneys cannot present certain evidence, rather than dismiss the case altogether.

Lee Wolosky, the attorney for UANI, did not respond to questions about Holder’s intervention. In an email, he reiterated UANI’s claims about Restis, writing, “This lawsuit has already forced Mr. Restis to admit what he has long denied: He does business in Iran… UANI will never be intimidated from speaking the truth.”

In reply, Lowell told Mother Jones that UANI did not have solid evidence for these claims. “All UANI is doing is hiding behind the government’s skirt to avoid admitting its empty hand,” Lowell continued. “What we need to know now is why the government is going to such great lengths to shield a private organization that spends it time and resources mounting fraudulent attacks against legitimate businesses.”