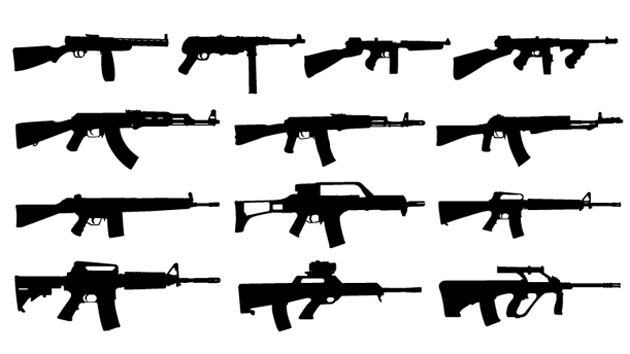 The morning after the Sandy Hook shootings, Shannon Watts, a mother of five and a former public relations executive, started a Facebook page called “One Million Moms for Gun Control.” It proved wildly popular and members quickly focused on renewing the federal ban on military style assault weapons.

“We all were outraged about the fact that this man could use an AR-15, which seemed like a military grade weapon, and go into an elementary school and wipe out 26 human beings in less than five minutes,” Watts said. 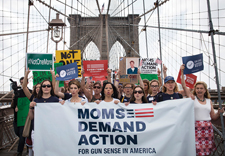 Nearly two years later, Watts works full-time as the head of the group, now named Moms Demand Action for Gun Sense in America, is a significant player in a coalition financed by former New York Mayor Michael Bloomberg. But while polls suggest a majority of Americans still support an assault weapons ban, it is no longer one of Watts’ top priorities.

“We’ve very much changed our strategy to focus on public safety measures that will save the most lives,” she told ProPublica.

It’s not just that the ban proved to be what Watts calls a “nonstarter” politically, gaining fewer votes in the Senate post-Sandy Hook than background check legislation. It was also that as Watts spoke to experts and learned more about gun violence in the United States, she realized that pushing for a ban isn’t the best way to prevent gun deaths.

A 2004 Justice Department-funded evaluation found no clear evidence that the decade-long ban saved any lives. The guns categorized as “assault weapons” had only been used in about 2 percent of gun crimes before the ban. “Should it be renewed,” the report concluded, “the ban’s effects on gun violence are likely to be small at best and perhaps too small for reliable measurement.”

With more information, Watts decided that focusing on access to guns, not types of guns, was a smarter approach. She came to the same conclusion that other gun control groups had reached even before the Sandy Hook shootings: “Ultimately,” she said, “what’s going to save the most lives are background checks.”

While many gun control groups still officially support the assault weapons ban—”we haven’t abandoned the issue,” as Watts said—they’re no longer actively fighting for it.

“There’s certainly a lot of public sentiment around high capacity magazines and assault weapons,” Dan Gross, the president of the Brady Campaign to Prevent Gun Violence, said in an interview this summer. “It’s easy to understand why people feel so passionate about it.”

But, he said, “when you look at this issue in terms of the greatest opportunity to keep guns out of the hands of dangerous people and prevent gun violence, background checks are a bigger opportunity to do that.”

Bloomberg’s umbrella group, Everytown for Gun Safety, has also deemphasized an assault weapons ban. A 10-question survey the group gave to federal candidates to measure their stances on gun policy did not even ask about a ban.

“We acknowledge that assault weapons put the ‘mass’ in mass shootings,” Erika Soto Lamb, the group’s communications director, said. But “we feel like it’s a more productive use of our time, effort, money, voices, and votes [to focus] on the policies that are going to save the most lives.”

The most common criticism of the weapons ban – which was signed into law Sept. 13, 1994 — was that it focused too much on the cosmetic “military-style” features of guns, like pistol grips or folding rifle stocks, which made it easy for manufacturers to turn banned guns into legal guns by tweaking a few features. During the ban, some manufacturers added “PCR” to the name of these redesigned guns, for ” politically correct rifle.”

But the more profound criticism of the ban is that “assault weapons,” a politically charged and imprecise term, have never been the weapons that contribute the most to American gun violence. Gun rights groups have pointed out for years that the campaign against assault weapons ignores the data. (The National Rifle Association did not respond to our requests for comment.)

While assault weapons do appear to be used more frequently in mass shootings, like the ones in Newtown and Aurora, Colorado, such shootings are themselves rare events that are only responsible for a tiny fraction of gun homicides each year. The category of guns that are used in the majority of gun murders are handguns.

Despite this data—and perhaps because many Americans do not have an accurate understanding of gun violence statistics—an assault weapons ban has continued to have broad public and political support.

In January 2014, a Rassmussen poll found that 59 percent of likely voters still favored an assault weapons ban, even after the measure failed in the Senate in April 2013, along with the rest of the White House’s push for tougher gun laws.

Sen. Dianne Feinstein, D-Calif., the author of the original ban, has repeatedly re-introduced it, most recently in 2013, after the Sandy Hook shootings. Obama made the policy part of his post-Sandy Hook platform for gun violence prevention, though the White House’s central focus was on passing universal background checks.

Experts say that a smarter way to approach the assault weapons ban might be to focus on the ammunition, not the design of the guns themselves. The 1994 gun ban included a ban on magazines with more than 10 rounds of ammunition. Unlike “assault weapons,” high-capacity magazines were used in as much as 26 percent of gun crimes before the ban. Limiting magazines to a smaller number of rounds might mean shooters, particularly in mass shooting situations, could not hit as many victims as quickly.

But even this focus on banning high-capacity magazines, rather than guns, suffers from a lack of data. “It is not clear how often the outcomes of gun attacks depend on the ability of offenders to fire more than 10 shots (the current magazine capacity limit) without reloading,” the 2004 evaluation concluded.

There is some evidence that the ban was preventing violence outside the US: Mexican politicians have long blamed the end of the assault weapons ban for contributing to drug-related violence in Mexico. In a 2013 study, three American academics found that the end of the ban brought about “at least 238 additional deaths annually” in areas of Mexico near the US border.

Meanwhile, as gun control groups have moved their focus away from gun bans, Americans are buying fewer assault weapons than they did when a ban seemed imminent, Bloomberg News reported last month.