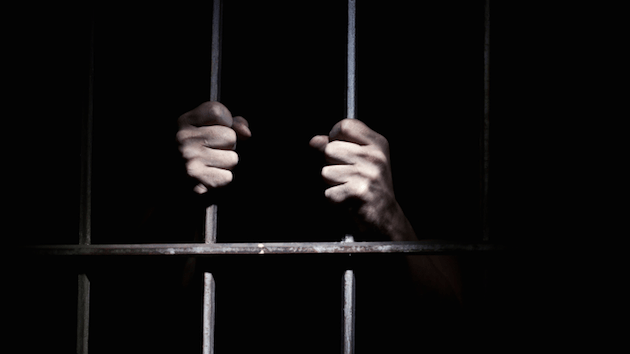 On August 6, 2013, officers at the Madison County jail in Huntsville, Alabama, moved an inmate named Duendrez Woods to a medical watch cell. Woods, 19, was suffering from an open wound on his foot and had begun hallucinating. But the jail didn’t provide him with any medical treatment. In the following days, they tased Woods for being uncooperative—three times. Woods began lying naked on the floor. He barely moved except when officers dragged him into the showers to hose off the stench of his injury. At no point did anyone treat Woods’ oozing foot or even take his blood pressure. On August 21, Woods died. The cause was complications related to gangrene, a condition in which tissue dies around an untreated wound.

This is just one horrific tale included in three new lawsuits filed in federal court last week. The families of three inmates who died in Madison County custody in 2013—Woods, Nikki Listau, and Tanisha Jefferson—are accusing corrections officers and medical personnel of standing idly by as each died of a treatable condition.

The family members claim the county and the jail’s health care service provider refused to transfer the inmates to a hospital until it was too late to save their lives, just to save money. It would have been obvious even to someone with no medical training, the suits say, that Woods, Listau, and Jefferson required hospitalization.

Jefferson allegedly died of a bowel obstruction after complaining to jail staff of severe abdominal pain for more than a week while in custody. Listau died after falling from her bunk bed in a medical watch cell while undergoing delirium tremens brought on by alcohol withdrawal, one of the lawsuits claim. Listau suffered a broken femur and several broken ribs from the fall, but before calling for medical help, correctional officers allegedly hauled her back into bed.

Then there was Woods. Police arrested Woods for a string of crimes that included misdemeanor assault and shoplifting Star Wars DVDs from a Walmart. In Madison County custody, according to the lawsuit filed by his mother, Woods developed a visible, gangrenous sore on his right foot. The suit notes that the symptoms changed him: “Woods went from normal, to aggressive and disruptive, to barely responsive, to all but dead as correction and medical staff watched.”

Jail medical staff allegedly failed to monitor Woods’ vital signs but were aware that he had stopped eating. “There is no record of Woods eating or drinking after he was placed in a medical observation cell on August 6, and jail records affirmatively show Woods did not eat from August 14-19 and that as of August 12 Woods’ water supply was cut off,” the lawsuit says.

From August 14 to 19, the suit continues, Woods was on the floor of his cell. “He did not drink. He did not eat. He did not make any noise. He did not stand. He just lay there, naked, sometimes changing positions. The gangrenous wound on the top of his right foot was clearly visible
had anyone bothered to look.”

“By August 17,” the suit maintains, “the odor was so bad correction officers dragged Woods from his cell to the shower, sprayed him with water, and then placed him, still naked, in a different cell…Still, no correction officer or ACH nurse did anything to even check Woods, let alone help him.” Medical staff didn’t enter Wood’s cell for five days leading up to August 19, when jail staff discovered Woods “all but dead.” They transferred him to Huntsville Hospital, where he died of a blood clot originating from his gangrenous foot.

The inmates’ families are suing Madison County in the US District Court for the Northern District of Alabama for violations of the 14th Amendment, including negligence and deliberate indifference to serious medical needs.

The attorney for Madison County did not reply to requests for comment. In court filings, the defendants denied that they “violated the appropriate standard of care and further deny that their alleged actions and/or inactions proximately caused the Decedent’s death.”

“Advanced Correctional Healthcare is pleased to have the opportunity to deliver a high standard of healthcare for Madison County Jail patients while partnering with Madison County to address the need to provide quality healthcare within its budget,” a spokesman for ACH wrote in an email. “ACH will not try its cases in the newspaper.”

Tanisha Jefferson, according to her family’s lawsuit, died in excruciating pain of a bowel obstruction brought on by constipation. Police arrested Jefferson and booked her into jail on October 14, 2013. She died on October 31. In the time between, the lawsuit asserts, Jefferson complained constantly of extreme bowel and rectal pain. She begged to see a doctor. The jail staff ignored her, and Jefferson filed a formal grievance against the jail. “She made clear she feared for her life, stating that if something happened to her it was on jail and medical personnel,” the lawsuit says.

The director of medical care at the jail saw Jefferson on October 29, two days before she died. At this point, Jefferson hadn’t had a bowel movement in almost two weeks. According to the suit, the doctor should have realized that Jefferson was having “alarm symptoms” requiring immediate hospitalization. But his notes omitted her “severe and worsening abdominal pain, lack of appetite (for days), rectal pain, and vomiting.” The doctor skipped an exam, prescribed Jefferson laxatives, and sent her back to her cell. The next day, she began struggling to breathe. “She told fellow inmates and jail staff she thought she would explode, that she was so weak and in pain she could hardly walk,” the lawsuit says. A nurse who saw her that morning sent her back to her cell. Jail staff transferred her to the hospital a half hour after they found her passed out, at 8:40 p.m., and she died later that night.

Police arrested the third inmate, Nikki Listau, on March 10, 2013, for “harassing communications.” Listau was booked into jail in a wheelchair due to her delirium tremens. At 9 a.m. the next morning, according to the lawsuit, personnel found her “naked on the floor of her cell rambling incoherently.” Jail staff allegedly did nothing until 9:40 a.m., when correctional officers put her back in her bunk. Shortly after 11 a.m., staff found Listau unresponsive. She died that day. “During Listau’s entire incarceration she was obviously weak and suffering from serious health problems of a potentially life-threatening nature,” the lawsuit claims. “Defendants just watched Listau deteriorate and eventually die.”

“The system is set up so that the county fears the big hit of a catastrophic hospitalization,” Sherrod says. “The result is that you’re rolling the dice with peoples’ lives. They don’t want to kill people. But if you wait until people are obviously seriously ill to take them to a hospital, this is what happens.”