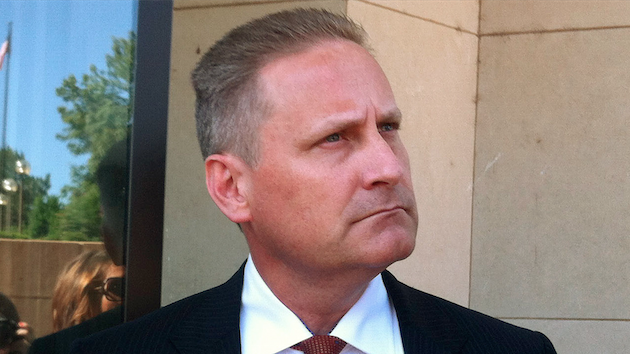 When Obamacare compelled Hobby Lobby to buy employee health insurance plans that covered emergency contraception, the Green family, who own the national chain of craft stores, fought the law all the way to the Supreme Court. So what happened when Mother Jones reported that Hobby Lobby contributed millions of dollars to employee retirement plans with stock in companies that make emergency contraception?

According to Hobby Lobby president Steve Green, nothing.

That revelation came on Friday, when MSNBC reporter Irin Carmon published parts of an interview with Green, whose Supreme Court case resulted in the partial dismantling of Obamacare’s contraception mandate.

Carmon asked Green for his response to the Mother Jones report, which noted that Hobby Lobby’s employee retirement plans had stock holdings in companies manufacturing the very drugs and devices at the center of the Supreme Court case: PlanB, Ella, and two types of intrauterine devices. Green doesn’t often speak to the press, so it was the first time he had publicly responded to this information since I first reported it in early April.

In the interview with Carmon, Green dismissed the idea that it mattered where his employee’s 401(k) plans had indirect investments, telling her it was “several steps removed.”

Of course, the Greens were also several steps removed from any emergency contraception Hobby Lobby’s female employees may or may not have obtained through the company’s insurance plan. And as I pointed out in April, divestment from certain companies does matter to many Christian business owners, who have fueled a cottage industry of mutual funds that screen for morally objectionable stocks.

But Green indicates he wasn’t troubled enough by Mother Jones‘ report to investigate for himself or make any changes to Hobby Lobby’s employee retirement plan:

Whether they do or not [invest in these drugs and devices], I couldn’t confirm or deny it. I don’t know if it’s even true. Of course, the other question I would ask is, do those companies also provide a lot of life-saving products that our employees are dependent on? I don’t know that either. But we’ve not made any changes.