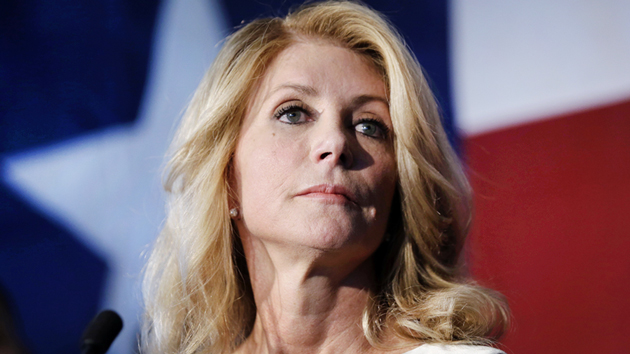 Texas Democrats started the 2014 election cycle with a dream of turning the state blue for the first time in two decades, buoyed by a progressive hero on the ballot and an influx of outside cash and organizers. Instead, the nation’s biggest red state just got even redder. On Tuesday, for the fifth consecutive cycle, Texas Republicans swept statewide offices, including the race for governor, where Republican attorney general Greg Abbott cruised past Democratic state Sen. Wendy Davis.

It was Abbott who made the decision to hire now-Sen. Ted Cruz to be the state’s first solicitor general, and it was Abbott—more so even than retiring Gov. Rick Perry—who epitomized his state’s antagonistic relationship with Washington, suing the Obama administration no fewer than 27 times in his first five years. (“I go into the office, I sue Barack Obama, and then I go home,” Abbott likes to tell Republican audiences.) Lest he be tempted to move to the center, voters also tapped state Sen. Dan Patrick to be his lieutenant governor, a position that’s disproportionately powerful in Texas because it serves a dual legislative and executive function. Patrick has said that God speaks to the world through Duck Dynasty‘s Phil Robertson, and warned that migrants are bringing “third-world diseases” with them across the border.

Winning in the Lone Star State was always supposed to be an uphill battle for Democrats in 2014, a point that Battleground Texas, the field-organizing outfit launched last spring by a group of Obama campaign volunteers, made clear from the get-go. When Davis jumped into the race, the time-frame shifted. As the group’s executive director, Jenn Brown, told me in September, Davis’ candidacy settled a chicken-and-egg dilemma that had been confounding organizers: “Great people don’t want to run unless they feel there’s an infrastructure to support them, but it’s hard to get great infrastructure without great candidates.”

But Davis—and Battleground—also had the effect of throwing a football at a hornet’s nest. FreedomWorks, a conservative political outfit, launched an $8-million “Come and Take It” project last year designed to thwart Democratic gains. Sen. John Cornyn (R-Texas), who faced minimal Democratic resistance in his re-election bid this year, nonetheless asked for donations to combat “out-of-state organizers”—and “Keep it Red.” (That’s not to be confused with another group, “Let’s Keep it Texas Red,” which was formed before Cornyn’s group but which per its campaign finance report exists mainly to sell t-shirts.) Even conservative provocateur James O’Keefe—recently seen crossing the border dressed as Osama Bin Laden—got in on the action, publishing a sting video purporting to show Battleground volunteers illegally cribbing phone numbers from voter registration rolls. (The practice is not illegal.)

No one took the threat more seriously than Abbott, who warned that Democratic groups constituted “an assault far more dangerous than what the leader of North Korea threatened when he said he was going to add Austin, Texas, as one of the recipients of his nuclear weapons.” He walked the walk, too, making repeated visits to heavily Hispanic, heavily Democratic South Texas in the hopes of offsetting any gains the Davis campaign hoped it could make.