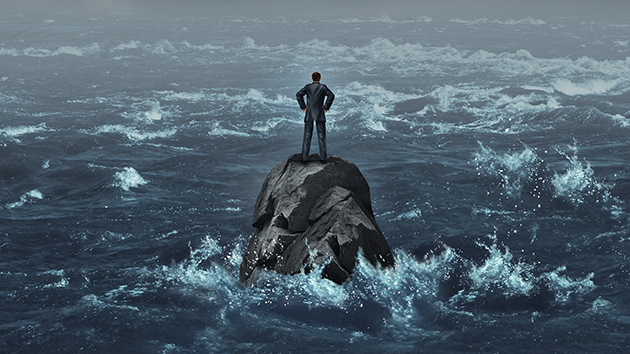 Well, folks, it wasn’t such a great night on the climate action front. It looks like the millions of dollars that environmental philanthropist Tom Steyer invested in the midterms didn’t buy much other than a fledgling political infrastructure to sock away for 2016. With Republicans now in control of the Senate, we’re likely to see a bill to push through the Keystone XL pipeline coming down the pike soon. And Mitch McConnell, probably the coal industry’s biggest booster, retained his seat.

In fact, McConnell and his climate-denying colleague James Inhofe of Oklahoma—the likely chair of the Senate’s Environment and Public Works committee—won a lot of new friends on Capitol Hill last night. It probably won’t surprise you to learn that most of the Senate’s newly elected Republicans are big boosters of fossil fuels and don’t agree with the mainstream scientific consensus on global warming. Here’s an overview of their statements on climate change, ranging from a few who seem to at least partly accept to science to those who flat-out reject it.

Dan Sullivan (R-Alaska): In September, Sullivan, a former Alaska attorney general, said “the jury’s out” on whether climate change is man-made. (Actually, the jury came in, for the umpteenth time, just this week.) He repeated that position last month, when he said the role human-caused greenhouse gases play in global warming is “a question scientists are still debating,” adding that “we shouldn’t lock up America’s resources and kill tens of thousands of good jobs by continuing to pursue the President’s anti-energy policies.”

Tom Cotton (R-Ark.): Cotton has seized on a common but misleading notion among climate change deniers: “The simple fact is that for the last 16 years the earth’s temperature has not warmed.” He admits, however, that “it’s most likely that human activity has contributed to some of” the temperature increase of the last hundred years. Still, he supports building new coal plants and the Keystone XL pipeline.

Cory Gardner (R-Colo.): Gardner is shifty on the issue. In a debate last month, he wouldn’t give a straight yes-or-no answer on whether mankind has contributed to global warming. “I believe that the climate is changing, I disagree to the extent that it’s been in the news,” that humans are responsible, he said. Yet at the same time, he admitted that “pollution contributes” to climate change. Gardner doesn’t seem interested in cleaning up that pollution: Last year he said the Obama administration is waging “a war on the kind of energy we use every day—fossil fuels… because they want to tell us how we live our lives.”

David Perdue (R-Ga.): “In science, there’s an active debate going on” about whether climate change is real, Perdue told Slate this year, adding that if there are climate-related impacts to Georgia’s coast, some smart person will figure out how to deal with them. Perdue has also slammed the Obama administration for waging a “war on coal” and has called the EPA’s new carbon emission rules “shortsighted.”

Joni Ernst (R-Iowa): Ernst is another rider on the “I don’t know” bandwagon. “I don’t know the science behind climate change,” she told an audience in September. She also hedged the question beautifully in a May interview with The Hill: “I haven’t seen proven proof that it is entirely man-made.” But she supports recycling!

Bill Cassidy/Mary Landrieu (La.): This race is going to a runoff. Landrieu, the incumbent Democrat, has never been much of a climate hawk—she recently said humans do contribute to observed climate change but criticized Obama for “singling out” the oil industry for regulation. But at least she’s better on global warming than Cassidy, her Republican challenger, who flatly denies that climate change exists. He said last month that “global temperatures have not risen in 15 years.”

Steve Daines (R-Mont.): Daines is a harsh critic of Obama’s energy and climate policies, which he said “threaten nearly 5,000 Montana jobs and would cause Montana’s electricity prices to skyrocket.” While in the House, he signed a pledge that he will “oppose any legislation relating to climate change that includes a net increase in government revenue.” He believes global warming, to the extent that it exists, is probably caused by solar cycles.

Thom Tillis (R-N.C.): During a North Carolina Republican primary debate, all four candidates laughed out loud when asked if they believed climate change is a “fact.” Ha! Ha! Then they all said, “No.” Later, Tillis expanded on that position, arguing in a debate with his Democratic rival, Sen. Kay Hagan, that “the point is the liberal agenda, the Obama agenda, the Kay Hagan agenda, is trying to use [climate change] as a Trojan horse for their energy policy.”

Ben Sasse (R-Neb.): Sasse hasn’t said much about climate science, but he supports building the Keystone XL pipeline and opening up more federal land for oil and gas drilling. He also wants to “encourage the production of coal.”

James Lankford (R-Okla.): As a member of the House, Lankford called global warming a “myth.” He also, along with Gardner, Cotton, Shelley Moore Capito (R. W.Va.), Cassidy, and Daines, voted to prevent the Pentagon from considering the national security impacts of global warming, even though top Defense Department officials have repeatedly issued warnings that climate change could worsen conflicts around the world. Lankford also floated an amendment to an energy appropriations bill that would have blocked funding for research related to the social costs of carbon pollution.

Mike Rounds (R-S.D.): Rounds appears to accept at least some of the science on climate change. As governor of South Dakota, Rounds said that “there are a number of different causes that we recognize, and the scientists recognize, are the cause of global warming,” and that humans are “absolutely” one of those. He fervently supports the Keystone pipeline.

Shelley Moore Capito (R-W.Va.): In a debate last month, Capito said, “I don’t necessarily think the climate’s changing, no.” Then she clarified that her opinion might change with the weather: “Yes it’s changing, it changes all the time, we heard it raining out there,” she said. “I’m sure humans are contributing to it.” I have no idea what that is supposed to mean. Capito is also a founding member of the Congressional Coal Caucus.