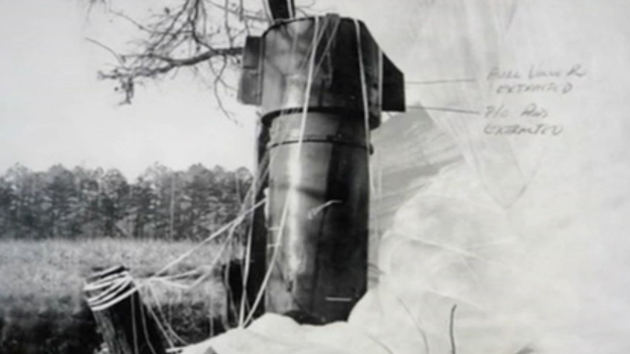 Thanks to a steep learning curve in the design and handling of nuclear weapons, a continuing emphasis on readiness before safety, and a history of mismanagement, the United States military has had a frightening number of near-misses. (Click on the box below for our companion story about the disgruntled young men who babysit our land-based missiles.) Here’s an abridged timeline of scandals and close calls gleaned from media reports, military sources, and from Eric Schlosser’s must-read book, Command and Control, which chronicles in terrifying detail just how close we’ve come to the abyss. 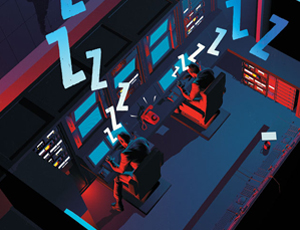 1956: A B-47 bomber veers off a runway and rips apart a storage igloo containing Mark 6 atomic bombs before exploding.

January 1958: On a runway in Morocco, a B-47’s tires blow out, starting a fire that melts the plane—and its Mark 36 hydrogen bomb—into an 8,000-pound hunk of radioactive slag.

March 1958: While flying over Mars Bluff, South Carolina, the pilot of a B-47 accidentally drops a Mark 6 bomb into a family’s backyard. Although the bomb is lacking its nuclear core, its high explosives wreck the home, injure six family members, and leave behind a crater 35 feet deep. 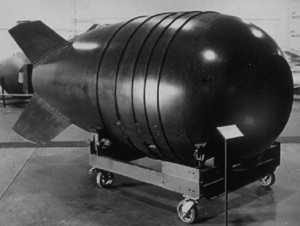 November 1958: A B-47 carrying a Mark 39 hydrogen bomb crashes near Abilene, Texas. The bomb’s conventional explosives detonate without triggering a nuclear blast.

1958: Warheads of all Mark 28 bombs are replaced after tests determine that an accident could trigger a nuclear detonation.

1959: A B-52 bomber collides with a refueling tanker and breaks apart over Kentucky. Two nuclear cores are found resting on a pile of broken high explosives.

1961: Four days after President John F. Kennedy takes office, a B-52 spins out near Goldsboro, North Carolina, releasing a Mark 39 hydrogen bomb that responds as if deliberately dropped. A cockpit ready/safe switch that proved unreliable in other incidents is the only thing preventing a massive nuclear detonation. A second Mark 39 plummets to the ground unarmed, and portions of the bomb penetrate deep into the swampy soil (see photo); its uranium core is never recovered. 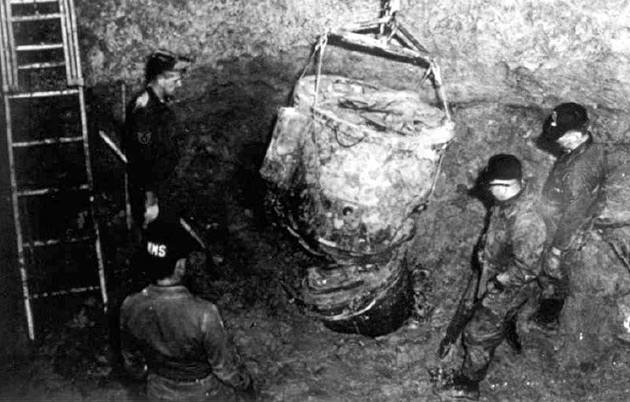 Workers recover a portion of a second bomb dropped over North Carolina. US Airforce/Wikimedia

1965: A welder working in a Titan II silo in Arkansas starts a fire that asphyxiates 53 people.

1966: A B-52 carrying four Mark 28 hydrogen bombs crashes into a refueling tanker and breaks apart above Palomares, Spain. Two bombs partially detonate, releasing radiation over the town and contaminating nearly 4,000 truckloads of crops. 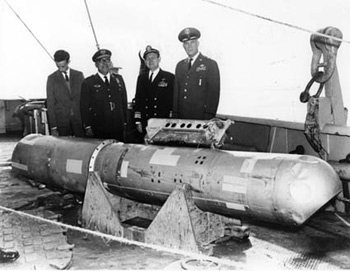 One of the recovered Palomares bombs. US Navy/Wikimedia

1968: A B-52 flying over Greenland crashes, scattering radioactive parts across three square miles.

1969: Twenty crewmembers of a Polaris nuclear sub are caught using drugs. A former crewmember tells a reporter that hashish was often smoked when at sea.

1970: The head of Sandia National Laboratory’s nuclear safety department briefs the Atomic Energy Commission on how supposedly “failsafe” nukes can detonate under extreme heat and stress. The AEC takes no action. 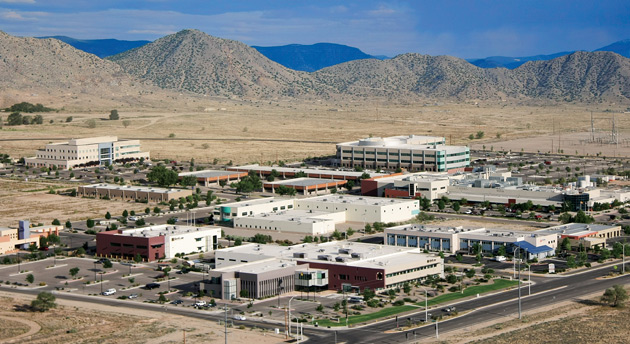 1974: In a letter to a top AEC official, a Sandia VP warns that many nukes could accidentally detonate during a fire or crash. The AEC takes no action.

1977: General William E. Odom, a national security adviser to President Jimmy Carter, attends a briefing on the SIOP, the nation’s nuclear war plan, and comes away stunned: “At times I simply could not believe what I was being shown and told,” Odom later notes. “It was just a huge mechanical war plan aimed at creating maximum damage without regard to the political context…And the president would be left with two or three meaningless choices that he might have to make within 10 minutes after he was awakened after a deep sleep some night.”

1979: A technician mistakenly uploads a highly realistic war games simulation to NORAD’s computers, which promptly signal a massive Soviet nuclear launch. Officials scramble the bombers and prepare for World War III. Only after the phantom missiles fail to materialize do they realize it’s a false alarm.

June 1980: President Carter’s national security adviser, Zbigniew Brzezinski, is awakened by General Odom around 2:30 a.m. NORAD’S computers have detected the launch of 220 missiles from Soviet subs toward the homeland. Brzezinski prepares forces for a massive nuclear retaliation. Odom calls back to report the launch of 2,200 missiles from Soviet ground sites. As before, it turns out to be a false alarm, caused this time by a flawed computer chip, which is later replaced at a cost of 46 cents.

September 1980: A socket dropped by a maintenance worker punctures a Titan II missile in Arkansas. Its highly toxic fuel explodes, killing one person, injuring 21, and hurling the warhead 200 yards into a roadside ditch. That same month, a safety expert at the Sandia lab demonstrates to the Air Force inspector general how a Mark 28 nuclear bomb could detonate in a plane crash. The IG commissions a study. 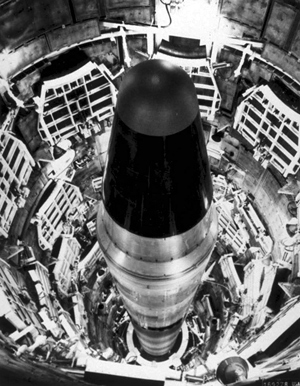 A Titan II US Department of Defense/Wikimedia

1984: During a sound check prior to his national radio address, President Ronald Reagan improvises: “My fellow Americans, I’m pleased to tell you today that I’ve signed legislation that will outlaw Russia forever. We begin bombing in five minutes.” When news of the gag leaks, the world is not amused.

1995: The launch of a small Norwegian weather rocket convinces the Kremlin it is under nuclear attack by the United States. President Boris Yeltsin prepares to retaliate before the warning is declared a false alarm. 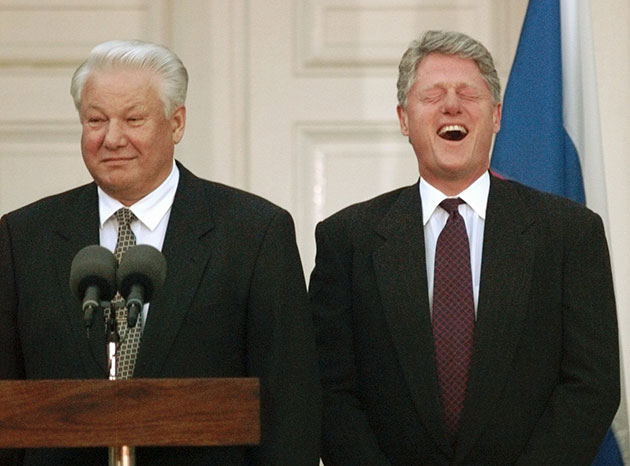 2003: Half of the Air Force units responsible for nuclear weapons fail their safety inspections, despite a three-day advance warning.

2007: Six nuclear missiles go missing for 36 hours after a crew at Minot Air Force Base mistakenly loads them onto a plane and flies them across the country.

May 2008: A fire in a Minuteman III silo in Wyoming melts part of a shotgun and damages an electrical cable connected to the missile—but it isn’t detected by a smoke alarm.

October 2008: The Air Force launches a program to “sustain, modernize, and recapitalize its nuclear capability.” The reform effort, consisting of a strict new inspection regime, was “as much punishment as it was rigor,” Lt. General Kowalksi, commander of the Air Force’s nuclear weapons, admits later.

2009: A missileer is placed on duty at Malmstrom Air Force Base without being certified to handle emergency war orders.

February 2010: A nuclear munitions crew at Kirtland Air Force Base is decertified for failing safety inspections.

October 2010: A computer failure knocks 50 Minuteman III missiles offline for more than an hour, preventing launch crews from communicating with the weapons systems.

2011: The Defense Science Board reports that the Air Force’s inspection reforms are backfiring, “creating a climate of distrust.”

July 2012: An 84-year-old nun named Sister Megan Rice and two fellow activists break into a weapons-grade uranium facility, where they remain undetected for more than an hour. The security breach, noted the DOE’s Inspector General, exposed “troubling displays of ineptitude.” 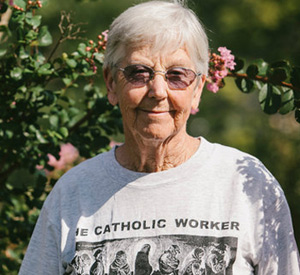 September 2012: A security alarm goes off at a Warren launch facility. Security forces fail to respond in a timely fashion.

December 2012: A missileer is mistakenly placed on launch duty at Malmstrom, even though he’d been decertified for failing safety inspections.

January 2013: The Defense Science Board warns that the nuclear command-and-control system’s ability to withstand a major hacking attack has never been fully vetted.

April 2013: Nineteen missileers at Minot are deemed unfit for command and forced to surrender their launch authority due to performance and attitude problems.

May 2013: A deputy crew commander falls asleep in a launch capsule with the blast door open, a security violation. It’s the second such incident at a missile site within a year.

July 2013: “The greatest risk to my force is doing something stupid,” Lt. General James Kowalski says at a Washington, DC, defense forum. 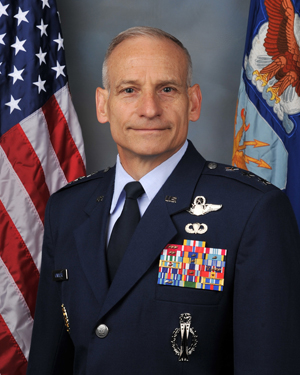 August 2013: The missile wing at Malmstrom fails a safety and security inspection. The security officer in charge is relieved of duty. That same month, Air Force Brass investigates two launch officers it suspects of using ecstasy and speed. A search of their phones leads to evidence of cheating by numerous launch control officers on their proficiency tests.

September 2013: Navy Vice Admiral Tim Giardina, the No. 2 in charge of nuclear forces, is suspended after being caught with counterfeit poker chips.

October 2013: Maj. General Michael Carey is removed as commander of the ICBM program after an official trip to Russia, where he engaged in “inappropriate behavior,” including heavy drinking, rudeness to his hosts, and associating with “suspect” women. 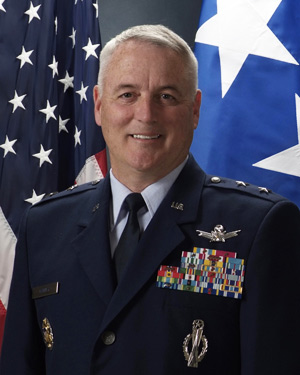 November 2013: A RAND report reveals that missileers are suffering from “burnout” and have high rates of spousal abuse and courts martial.

January 2014: More than half of Malmstrom’s 183 missileers are implicated in the cheating scandal.

February 2014: Sister Megan Rice, the elderly nun who broke into the nuclear weapons complex, is sentenced to 35 months in prison. Her two accomplices get 62 months.

March 2014: Nine launch officers are stripped of their commands, and Colonel Robert Stanley, the commander of Malmstrom’s missile wing, resigns. The Air Force announces changes to its proficiency tests intended to discourage cheating and improve morale.

November 2014: The Air Force fires two high-level commanders in the Minuteman program and disciplines a third for various leadership failures, including the maltreatment of subordinates.

August 2017: President Donald Trump publicly proclaims that North Korea “best not make any more threats to the United States. They will be met with fire and fury like the world has never seen.”