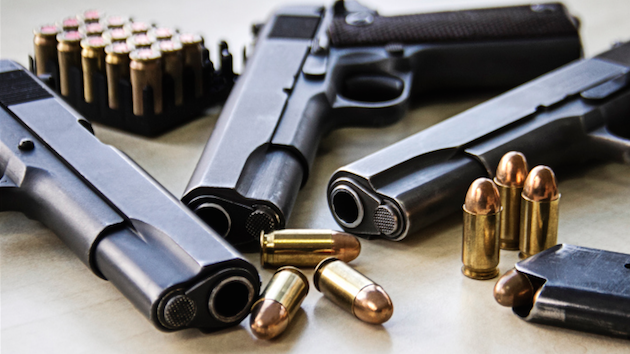 The most closely watched battle over gun regulations this Election Day is in Washington state, where voters will weigh in on two opposing ballot measures: Initiative 594, which would expand background checks for gun buyers, including those purchasing firearms at a gun show or online; and Initiative 591, which would forbid any background checks beyond the limited regime required by federal law. An unprecedented amount of money has poured into the fight—from opponents of the National Rifle Association.

Proponents of stricter gun laws are billing the fight as “the only up-or-down vote on gun measures in the country this year.” The Washington Alliance for Gun Responsibility, the committee behind the push for expanded background checks, has raked in some $10.4 million. Everytown for Gun Safety, an advocacy group launched in the wake of the Sandy Hook Elementary massacre, donated $2.3 million of that total. Everytown has also run its own ballot committee in the state, raising more than $900,000; the group says that it has spent roughly $3.6 million overall on the I-594 effort, including a robust staff on the ground that’s been involved in strategy, media, and voter turnout operations. 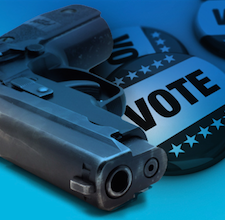 Major philanthropists are in on the action as well: Fomer New York City Mayor Michael Bloomberg, who funds Everytown, has also personally given the Washington Alliance almost $300,000. And Bill and Melinda Gates, the Microsoft co-founder and his wife, and Steve and Connie Ballmer, a former Microsoft executive and his wife, have backed I-594, with each couple donating at least $1 million. Seattle-based venture capitalist Nick Hanauer gave $500,000.

For its part, the NRA has spent about half a million dollars to defeat the expansion of background checks (not an insignificant sum, though the organization has spent much bigger in North Carolina, Colorado, and elsewhere). Meanwhile, Protect Our Gun Rights, a local group supporting the ballot measure to restrict new background checks, has raised about $1.3 million.

How this fight will play out remains anybody’s guess, but it’s shaping up to be the first major test of the new gun-reform movement’s clout. An early October poll of the election by Elway Research, which is not involved with either campaign, found that 60 percent of voters planned to vote for the measure expanding background checks, and only 39 percent planned to support the rival measure limiting background checks. In mid-October, a poll commissioned by a local news channel found that 64 percent favored stricter background checks, with 45 percent favoring looser rules. (That poll didn’t measure support for the individual measures.)

The fight has drawn attention for another reason: Washington state is still reeling from the latest deadly school shooting. On October 24, Jayden Fryberg, a freshman football player at Marysville-Pilchuck High School, walked into the school cafeteria during lunch and fired a gun, killing one student and wounding four others, before shooting himself to death. One of the four injured students, a 14-year-old girl, later died.

The .40 caliber handgun, according to police, was legally registered to a member of his family; Fryberg, a minor, would not have been able to purchase the gun on his own. The gun lobby and its supporters seized on this fact to declare gun control measures ineffective.

But other people who are paying close attention to this battle on Election Day disagreed: Nicole Hockley and Mark Barden, whose children died at Sandy Hook, traveled to Washington state to back Initiative 594. “We know that background checks can save lives,” Hockley said. “Just because it won’t stop one tragedy doesn’t mean it won’t stop other tragedies from happening.”