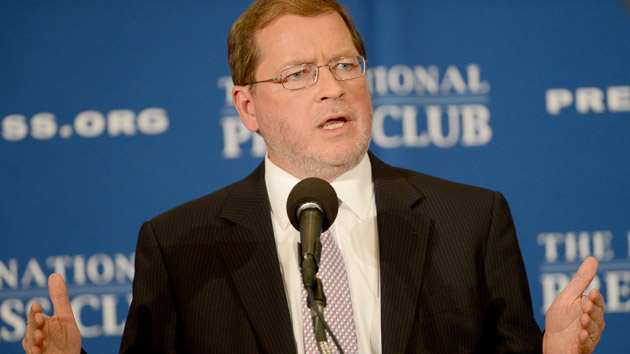 Grover Norquist—the president of Americans for Tax Reform and the man who for decades has served as conservatives’ leading anti-tax zealot —had seemingly found his ideal politician in Kansas Gov. Sam Brownback. After Brownback was elected governor in 2010, he went on a mission to eradicate his state’s income tax—slashing rates across the board in two rounds of cuts and setting rates to drop further over the coming years—eventually to zero if everything clicked in place. 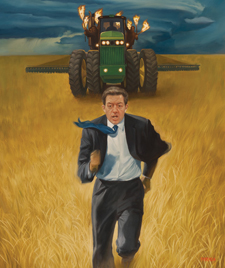 Norquist loved it. He visited Topeka in 2013 to show his support during Brownback’s State of the State address. In an interview with National Review a year ago, Norquist touted Brownback as a strong contender for the 2016 presidential nomination.

But political allies often prove fickle. Brownback’s tax cuts have wrecked the state budget and forced the governor to propose raising taxes in order to avert fiscal calamity. And Norquist is now rallying conservatives in the Kansas Legislature to oppose the Republican governor’s plan.

Earlier this week, Norquist penned a letter to state lawmakers encouraging them to thwart Brownback’s proposal to raise taxes on liquor sales and tobacco products. Although Norquist hewed to his normal claims that taxes end up hurting the state’s bottom line, he also adopted a tactic that you’d normally hear from liberals: Don’t raise these specific taxes because they overburden the poor. “The fact is, so called ‘sin taxes’ like the cigarette tax and alcohol tax disproportionately impact consumers who can afford the tax increase least. A pack-a-day smoker would end up paying an extra $547.50 in taxes a year,” Norquist wrote in the letter, according to the Topeka Capital-Journal. “Kansans living along the Missouri border may opt to avoid the tax altogether by purchasing their tobacco products in Missouri—where the tax would be lower.”

A spokesperson for Americans for Tax Reform didn’t respond to several interview requests.

It’s a bit rich for Norquist to show concern for the plight of low-income Kansans now. Spending on social services plummeted during Brownback’s first term in office. And the tax cuts that Norquist praised predominantly favored the state’s wealthy citizens—particularly thanks to a decision to zero-out taxes for nearly 200,000 privately held companies. An analysis by the Center on Budget and Policy Priorities last year noted that the total effects of all the tax code changes in Kansas in fact raised taxes by 1.3 percent on the bottom 20 percent of the state’s earners.

And although slashing state income taxes may have earned Brownback praise from the likes of Norquist and Reagan taxmaster Arthur Laffer, they left the governor in a tricky spot. There’s a $710 million hole in the state’s budget through June 2016. Brownback isn’t relying on tobacco and liquor taxes alone to close that gap. He has also proposed slowing down planned decreases in the state’s income-tax rates. But Brownback still vowed to stick with his original endgame. “We will continue our march to zero income taxes,” he said in this year’s State of the State address. Even when the evidence might suggest otherwise, conservatives like Brownback must still bow before the infallible altar of trickle-down economics.