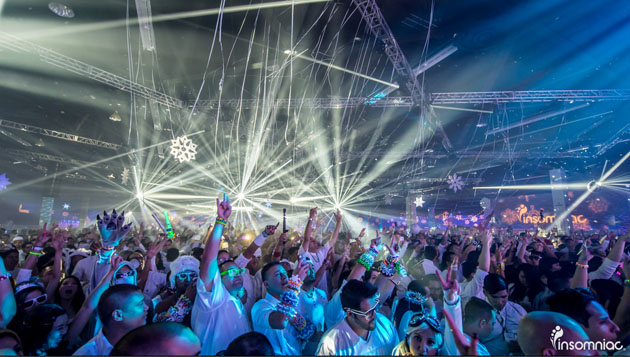 Dede Goldsmith was asleep in a Kentucky hotel room at 2:30 one morning in August 2013 when her phone rang. “I’m so sorry,” said the woman on the other end. “Shelley’s in an ambulance on her way to the hospital.” The previous night, Goldsmith’s 19-year-old daughter had attended an electronic-music event in Washington, DC, and taken the drug molly (also known as ecstasy or MDMA). Now she was lying unconscious on a gurney, her heart and liver failing.

During the harrowing nine-hour drive to the nation’s capital, Goldsmith was so distraught that she had to keep pulling over to vomit. “My stomach was torn to pieces,” she says. “You just know in your heart when your child is in desperate shape.” Her intuition turned out to be on target. By that evening, Shelley was dead.

The toxicology report suggested that Shelley, a University of Virginia sophomore, died of heatstroke. Molly users are prone to this condition because the drug interferes with the body’s ability to regulate temperature. Yet the electronic-music venues where the drug abounds rarely offer amenities like free water or cool-down rooms that could help keep partygoers from overheating.

“What the hell, why are these places not protecting their patrons?” Goldsmith remembers thinking.

She found the answer in a 2003 law introduced by then-Sen. Joe Biden that bars individuals and businesses from “knowingly opening, maintaining, managing, controlling, renting, leasing, making available for use, or profiting from any place” where drugs are distributed or used. Violators can be slapped with fines of up to $250,000 and prison sentences of up to 20 years.

The goal of the legislation—initially known as the Reducing Americans’ Vulnerability to Ecstasy (RAVE) Act, but later renamed the Illicit Drugs Anti-Proliferation Act—was to give law enforcement the tools to crack down on venues that actively promote drug use. At first, it did help drive some shady operators out of business. But critics say it also made club owners and concert promoters wary of providing free water, cool-down rooms, dance floor patrols, and other services or goods that could help keep partygoers safe. Why? Because doing so might signal to law enforcement that the proprietors were aware that drugs were being used in these establishments, thereby putting them at the mercy of the RAVE Act.

Tammy Anderson, a University of Delaware sociologist who studies the electronic-music scene, says this line of reasoning is why some venues became skittish about providing medical care to sick partiers. While researching her 2009 book, Rave Culture, she saw a young woman writhing on the floor of a club and vomiting a white frothy liquid. When Anderson alerted a security guard, he dragged the ailing women out the back door and dumped her in the alley. If he helped her, he explained, the club could be “liable for her drug use.”

Anderson slams the RAVE Act in the current issue of the journal Contexts, calling it “an ill-conceived law that has not only failed to prevent drug-related harm at raves but has inadvertently caused it to increase.” 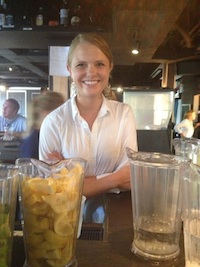 The act has also hampered drug education. Before its passage, DanceSafe, a nonprofit that promotes health and safety at electronic-music events, had chapters in 24 cities. Every weekend, DanceSafe booths appeared at events. They doled out water and pamphlets on drug use and its risks, and tested drugs for adulterants. For outdoor raves they even provided sunscreen. But today, many event organizers are reluctant to allow DanceSafe into their venues. (Full disclosure: My sister has a contract to ship drug-testing kits for the organization.)

Meanwhile, the once-underground world of electronic music has become a multibillion-dollar industry, with megaraves like Electric Zoo in New York City’s Randall Island attracting hundreds of thousands of fans.

As the rave scene has flourished, MDMA-related deaths and hospitalizations have soared. Since 2006, 14 people have died at raves organized by Insomniac and Go Ventures in Los Angeles. The number of MDMA-related emergency room visits climbed from roughly 10,000 to nearly 22,000 between 2004 and 2010 (the most recent year for which data are available), according to the Drug Abuse Warning Network. Mass hospitalizations are common. During a 2011 rave at the Coliseum in Los Angeles, 17 people had to be rushed to the hospital. Afterward, the University of Southern California’s president warned students not to attend raves because the combination of MDMA and huge dance parties “can create a ripple effect of dangers that lead to catastrophic consequences.”

The rising tide of medical emergencies is partly due to the changing nature of club drugs. Partygoers generally knew what they were getting when they took ecstasy, the MDMA pills common in the underground rave scene during the late 1990s and early 2000s. But the powdered form known as molly that’s in circulation today often contains another more dangerous class of drugs, known as cathinones. Organizations like DanceSafe could help ravers avoid these substances with their on-site testing services, but promoters won’t allow it for fear they’ll be prosecuted under the RAVE Act. “Our drug war culture is at odds with harm-reduction efforts,” says DanceSafe’s founder, Emanuel Sferios.

Goldsmith initially suspected her daughter had taken tainted molly. But the toxicology report turned up pure MDMA, a drug that rarely kills, except under conditions that cause a steep spike in body temperature. Meaning Shelley’s death might have been prevented with the right safeguards. “Had the concert hall offered free, easily accessible water, well air-conditioned spaces, and educational literature on drug use and its risks, she might still be alive today,” Goldsmith says.

Goldsmith is hell bent on ensuring that other young people don’t suffer the same fate. Last August, on the anniversary of her daughter’s death, she launched an organization called Amend the Rave Act and began meeting with lawmakers. A coalition involving DanceSafe, the Drug Policy Alliance, Electronic Music Alliance*, and others has sprung up to support her efforts.

Goldsmith worked for 25 years on Capitol Hill, as an aide to former Rep. Rick Boucher (D-Va.), and knows that passing any legislation through the current gridlocked Congress will be a tough slog, but she hopes it’s possible. “I think this is a bipartisan issue,” she says. “It’s not just Democrat or Republican kids who are vulnerable. It’s everyone’s children. And it’s in everyone’s interest to protect them.”

Correction: The original version of this article misstated the name of the Electronic Music Alliance.