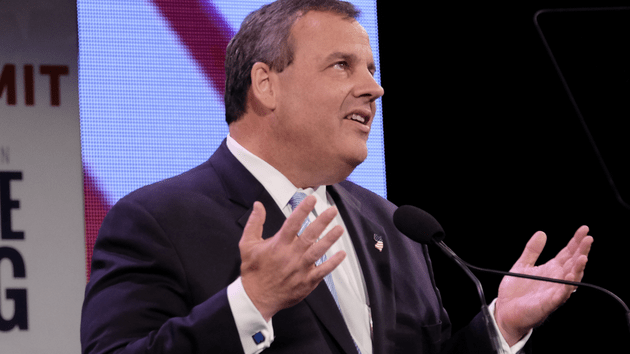 Stonewalled by the Christie administration, media outlets have been forced to sue to obtain even routinely disclosed information, such as payroll data. Rather than release documents connected to the George Washington Bridge scandal, pay-to-play allegations, possible ethics violations, and the out-of-state jaunts Christie has made while weighing a run for president, Christie’s office and several state agencies have waged costly court battles. As the 2016 presidential primary race draws closer, and Christie considers jumping in, his administration is fighting 23 different open-records requests in court.

“The track record is abysmal,” says Jennifer Borg, general counsel for the North Jersey Media Group. Her organization, which publishes the Record, has sued the state for public documents a half-dozen times since Christie took office. When a judge determines that the state withheld records illegally—which happens frequently—her group wins legal fees. As of September 2014, Christie’s administration had paid $441,000 to North Jersey Media Group and other media outlets for records. And that doesn’t count the cost of government lawyers’ time.

The fight has become so expensive for the state because when newspapers go to court for these records, they usually win. But winning doesn’t automatically produce the sought-after records. “We can and do beat them in court. But as long as they’re appealing—I don’t want to call it a pyrrhic victory, but we’re not going to get the records,” says Walter Luers, an attorney who helped a transparency project run by the state Libertarian Party sue for public access for Christie’s travel expenses. “Appeals take two to three years. We’re already into the presidential elections. By the time we get these records, Christie could have a new address.”

Christie’s reluctance to let these records go is understandable. On Tuesday, for example, the New York Times published an investigation of ritzy trips, underwritten by megadonors and foreign leaders, the governor has taken abroad. Some of those accounts were based on public documents that local newspapers obtained through lawsuits.

Below is a roundup of the Christie administration’s most closely-guarded secrets.

Out-of-state travel: Christie has traveled around the country to raise money for the GOP and to test the waters for a 2016 presidential run. But no one knows whether it’s influential donors or taxpayers who are footing the bill for Christie’s travels. Last year, New Jersey Watchdog, a conservative news site, demanded to know who picked up the tab for more than 60 unofficial trips Christie took out of state beginning in 2012. Christie’s office denied its request, and a judge tossed Watchdog‘s resulting lawsuit in July for being too broad.

In a separate request, New Jersey Watchdog asked for records detailing Christie’s out-of-state air travel expenses. That request also went to court, and the judge ordered the governor’s office to release some travel documents. The records showed the state reimbursing an unknown third party thousands of dollars for Christie’s trip to the 2013 Super Bowl in New Orleans.

Taxpayer-fueled fundraising: Because Christie’s travel is connected to his fundraising work as the Republican Governors Association chair, the RGA probably paid for many of his trips. But the Record, one of Jersey’s largest newspapers, and WNYC, a radio station, requested documents indicating whether taxpayers shouldered any of Christie’s travel costs—such as overtime for the security detail that always accompanies the governor—while he raised cash for the GOP.

Christie’s office sent WNYC “a document so heavily redacted as to be all but meaningless,” says Laura Walker, the president of New York Public Radio, which owns WNYC. The outlet is suing for unredacted files. The Record also went to court for the documents, and the state and the newspaper are trying to reach a settlement.

Bridgegate emails: In January 2014, a judge ordered the release of top Christie staffers’ communications about the George Washington Bridge lane closures. Reporters for the Record had previously requested some of those same communications in 2013, and the state released some records in response. But reading the new documents, they realized that Christie’s office had failed to turn over critical documents that were covered by their request. The outlet sued and won access to a limited number of additional emails, says Borg, the North Jersey Media Group lawyer. “It’s still the most egregious of these cases,” she says.

Ethical gray areas: While investigators for the New Jersey legislature were scrutinizing Christie’s bridge scandal, they discovered another one: Members of the governor’s office had doubled as campaign operatives for Christie’s 2013 reelection bid. State law mandates that Christie run his campaign separately from his office. WNYC requested to see the instructions that Christie’s ethics officer sent to members of the governor’s office on working for the campaign. The request was denied. The radio station is suing for these records.

Political allies: State employees working for Christie’s campaign kept a list of New Jersey mayors who appeared to support Christie and approached these mayors about endorsing Christie. WNYC demanded to see this list. The governor’s office refused the request. WNYC is suing for these records.

Superstorm Sandy aftermath: When New Jersey was doling out government contracts to clean up the devastation of superstorm Sandy, Christie was serving as the vice chair of the Republican Governors Association. So it raised some eyebrows when five of the companies Jersey hired immediately donated $160,000 to the RGA.

The Record requested to see the invoices that one of those contractors, the Witt Group, submitted for cleanup work. (The Witt group gave the RGA $75,450.) The state gave the Record severely redacted invoices, and the paper’s parent company took New Jersey to court. The paper won redacted versions of the documents, and attorney’s fees from the state coffers.

Separately, the Fair Share Housing Center is suing after the state refused to give up documents describing why some low-income families were denied Sandy rebuilding funds.

Meeting schedules: New Jersey reporters frequently request the details of Christie’s calendar. That’s a routine request in any other state. But in New Jersey, the governor’s office responds with press releases about the governor’s public events—not his behind-the-scenes itinerary.

Possible evidence of pay-to-play: New Jersey relies on 43 private companies to manage select state pension funds worth $14 billion. How did the state select those companies? Several prominent reporters, including Joseph DiStefano of the Philadelphia Inquirer, questioned whether it had something to do with the $11.6 million those financial companies’ employees have donated to New Jersey pols and political groups.

Amid mounting pressure from the media, Christie’s office agreed to investigate one source of those donations: Charlie Baker, who ran a Massachusetts venture capital firm called General Catalyst and who ran for governor of that state in 2014. In May 2011, Baker donated $10,000 to the New Jersey Republican Party. Seven months later, the state of New Jersey plowed $25 million in public pension funds into Baker’s firm.

The International Business Times asked to see the documents General Catalyst sent to New Jersey’s treasury department. “Those documents would show whether General Catalyst specifically promoted Baker’s involvement in the firm when pitching its investment to New Jersey,” IBTimes wrote. The governor’s office denied the request. IBTimes is currently seeking the records through the New Jersey Government Records Council rather than through a lawsuit.

The results of pay-to-play investigations: While the audit of the General Catalyst investment was ongoing, in 2014, Baker was running for governor of Massachusetts. And Christie, as chair of the Republican Governors Association, showered Baker’s campaign with millions of dollars in ads. In the fall of 2014, the International Business Times requested findings from the audit, which should have concluded in late May or early June. In response, Christie officials revealed that they had set a new date for finalizing the audit—two days after the election—which allowed them to avoid releasing any findings before Baker’s campaign ended. (Baker won.) The governor’s office released the audit, which cleared Baker of wrongdoing, in January.

…And even the records requests themselves: After the George Washington Bridge shenanigans burst into public view, a New Jersey citizen demanded a list of all the public records requests news organizations made about the bridge closure. The man who made the request, Harry Scheeler, wanted to evaluate whether New Jersey had followed the state’s open records law. Scheeler, with the help of the American Civil Liberties Union, has taken the governor to court in order to get his records. The records are still sealed, and the case is ongoing.

In a separate request, the Bergen Record asked for the names of the anonymous state records custodians denying media outlets’ requests. The governor’s office denied its request.