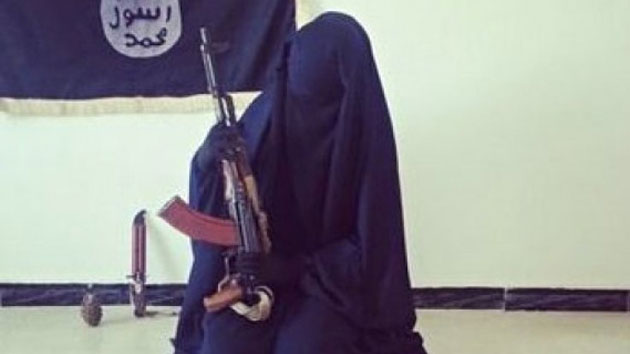 The guide was published by the al-Khansa Brigade’s media arm and portrays the “ideal model for Muslim women,” according to its author, who describes it as “semiofficial” because ISIS leadership didn’t specifically approve it or endorse it. The guide is necessary, the author writes, because the role of the Muslim woman has become so confused by others “that both she and we have forgotten it…and (the reason for) our existence in this world.”

The 10 chapters are divided into three sections, combining quotations from the Koran and the Prophet Muhammed’s teachings, also known as hadiths, with the author’s experiences. The first part lists the failings of Western society in feminism, education, and science and the positive alternative offered in Islam. The second is an eyewitness account of life in ISIS’s strongholds, both the Mosul, Iraq, and Raqqa, Syria, and the third attempts to link life within the boundaries of the so-called Islamic State to life beyond, in Saudi Arabia and other parts of the Arabian Peninsula.

The Quilliam Foundation‘s translator notes that the existence of the third chapter section, as well as the fact that the guide was never translated into English or another Western language by ISIS, suggest that Arab women are the primary audience—that it wasn’t meant for broader distribution. “There has been a huge amount of speculation about what the role of the women who join Islamic State—often dubbed jihadist brides—is,” wrote Quilliam Foundation director Haras Rafiq in a press release. “This translation…allows us to look past the propaganda bandied about on social media by Western supporters of IS, enabling us to get into the mind-set of the hundreds, perhaps thousands, of women who willingly join its ranks.”

For example, the author describes how women should conduct their daily lives in terms of study and community service. A woman’s one “true purpose,” she writes, is to serve a man, which is true “even in ‘liberal’ states and for today’s ‘free’ societies.” According to the author, a girl may be married between the ages of 9 and 17. Once she is a wife, she must remain at home, her face and body nearly always covered.

There are some exceptions. Women who join jihad are chosen for that life, but how is not described. Others who study religion, practice medicine, or teach are able to leave their homes and go into the world, but only for three days a week.

The author’s description of life in the war zones of Mosul and Raqqa is in radical contrast to other reports from the devastated areas. She traveled there, she wrote, to “check on the happy situation that Muslim women face” under Sharia law. She writes that “a sense of security” has swept over the land, with people living peacefully despite the ongoing battle with the US-led coalition; hospitals, shops, and schools, she adds, are much improved since the so-called Caliphate began.

The treatise concludes with a message to all enemies: “Throw the sputum of your culture, your civilization, and your thinking into the sea. God fights you and you are not of us and we are not of you.”