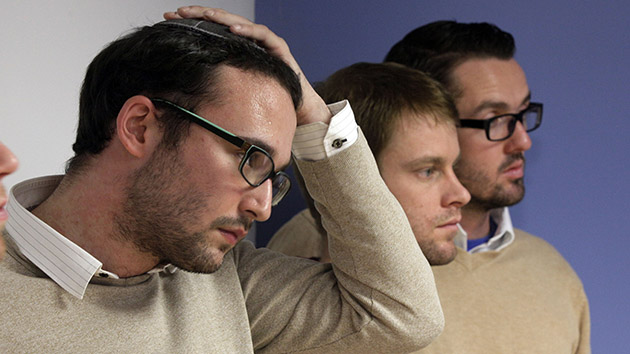 In a blow to the controversial practice of gay conversion therapy, a New Jersey judge has ruled that therapists who claim that homosexuality is a curable mental disorder are committing consumer fraud.

The ruling, issued on Tuesday by Superior Court Judge Peter F. Bariso Jr., is part of an ongoing lawsuit filed on behalf of four men who say they were subjected to humiliating treatments by therapists affiliated with Jews Offering New Alternatives for Healing (JONAH), a gay conversion therapy referral service based in Jersey City. Bariso said it violates the state’s Consumer Fraud Act to advertise conversion therapy services by describing homosexuality as a mental illness, disease, or disorder.

“This ruling makes clear that when conversion therapists lie about the nature of homosexuality in order to lure these vulnerable clients into their services and their programs, they’re committing fraud,” says David Dinielli, deputy legal director of the Southern Poverty Law Center, which filed the lawsuit for the plaintiffs. According to the SPLC, this marks the first time a US court has found that homosexuality is not a mental disease.

Bariso already ruled that several experts who promote conversion therapy would not be allowed to testify in the trial. “The theory that homosexuality is a disorder is not novel—but like the notion that the earth is flat and the sun revolves around it—instead is outdated and refuted,” he wrote. “The overwhelming weight of scientific authority concludes that homosexuality is not a disorder or abnormal. The universal acceptance of that conclusions—save for outliers such as JONAH—requires that any expert opinions to the contrary must be barred.” On Tuesday, the judge also said consumer protection laws prohibit conversion therapists from advertising “success” statistics “when there is no factual basis for calculating such statistics.”

In a written opinion published last week, Bariso described some of the allegations against JONAH. One of the men suing the group says his therapist instructed him to make a negative comment about himself and remove an article of clothing, repeating the process until he was naked, at which point he was told to touch his private parts. The therapist allegedly told another client to “beat an effigy of his mother with a tennis racket while screaming, as if killing her.” Group therapy sessions “included reenacting scenes of past abuse,” with the therapist allegedly telling a client to role-play another’s sexual abuse: “The selected participants would repeat statements similar to those his abuser had made, such as ‘I won’t love you anymore if you don’t give me a blow job.'”

Conversion therapy has been rejected by major health organizations, including the American Psychiatric Association, which scrapped homosexuality from the list of disorders in its Diagnostic and Statistical Manual of Mental Disorders in 1973. The APA warns that the potential risks of conversion therapy include depression, anxiety and self-destructive behavior. Late last year, a transgender teenager in Ohio committed suicide after participating in conversion therapy, sparking a campaign for a federal ban on the practice. New Jersey, California, and Washington, DC, have laws banning licensed conversion therapists from working with minors.

“The theory that homosexuality is a disorder is not novel—but like the notion that the earth is flat and the sun revolves around it—instead is outdated and refuted.”

Bariso’s rulings are part of pretrial proceedings in the lawsuit. During the trial, set to begin in June, a jury will hear the allegations and decide whether they believe JONAH violated consumer protection laws. The plaintiffs are seeking damages for the costs of the therapy and the subsequent counseling they say was necessary to recover from it. According to the judge, JONAH’s services could cost more than $10,000 a year.

Charles LiMandri, president of the Freedom of Conscience Defense Fund and chief counsel for JONAH, says he’s disappointed with the latest decision but does not believe it will change the end result of the trial. He explains that the judge has also said that First Amendment protections apply to references to religious prohibitions against homosexuality. “This is a Jewish, Torah-based religious organization,” LiMandri says of JONAH. “They’re entitled to their religious belief.”

The judge also disagreed with the plaintiffs’ assertion that therapists who promise to change an individual’s sexual orientation are committing consumer fraud. He left it up to the jury to decide whether JONAH’s use of the word “change” was misleading. LiMandri says that “change” may simply refer to modifications in behavior, noting that many of JONAH’s male clients go on to marry women but may still occasionally feel attracted to men. “Just like if someone goes through Alcoholics Anonymous, they may not drink any alcohol for 10 years but they’re still attracted to it—you’re always an alcoholic—so you can’t call the program a failure if people still have the attraction,” he says.

The SPLC’s Dinielli seemed heartened by the preliminary rulings. “Purveyors of this quackery are lying to the public, lying to their clients in order to peddle their theories and their false methods on unsuspecting vulnerable young people,” he says. “Ours is the first lawsuit that has used the consumer fraud laws against people who practice these methods. I would not be surprised if it’s not the last.”