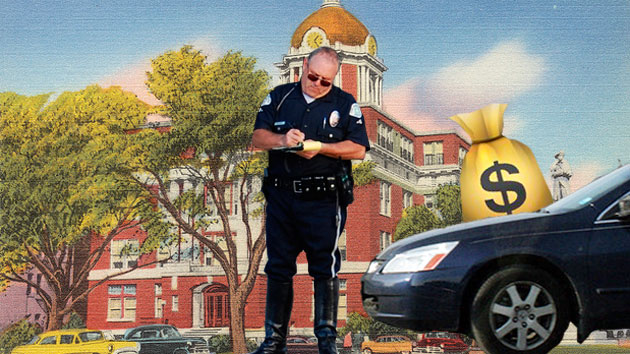 Update (3/19/2015): DeKalb County and the ACLU have settled the “debtors’ prison” case of Georgia teen Kevin Thompson, who was jailed after he was unable to pay fines and fees originating from a traffic ticket. In addition to a monetary payment to Thompson and his legal counsel, the settlement includes reform measures such as a “bench card” to remind judges of the legal alternatives to jail time, as well as instructions on how to protect an individual’s right to counsel. “Being poor is not a crime, and these measures will help ensure that people’s freedom will not rest on their ability to pay traffic fines and fees they cannot afford,” ACLU attorney Nusrat Choudhury noted in a statement.

Update (3/11/2015): On Wednesday, the Georgia House of Representatives passed the probation reform bill, which now heads to the state Senate for a final vote. According to Human Rights Watch: “If passed into law, these reforms could also serve as a model for other states where privatized for-profit misdemeanor probation is widespread. Most of those states, including Alabama, Mississippi, and Florida, do not currently subject probation companies to any meaningful oversight or regulation at all.”

It’s not yet signed and sealed, but human rights advocates are feeling hopeful that Georgia will rein in its detested, Jim Crow-esque probation system, which routinely jails people who can’t afford to pay court fines and probation fees for offenses as minor as a speeding ticket.

The bill, which sailed through a House judiciary committee Thursday and is expected to be voted on by the state legislature Monday, won’t end the practice of farming out probation cases to private contractors, but it would at least redefine the terms. It would limit, for example, the number of months companies can charge a probationer for their services, force private players to disclose their finances, and remind judges of their power to sentence people to community service in lieu of unpaid fines. Finally, it would also create a new state agency to make sure the rules are followed. The bill already has the approval of Gov. Nathan Deal, whose criminal-justice panel made the recommendations on which it is based.

“It’s not just the companies that are the bad guys; it’s the courts, who are not paying attention to what those companies are doing.”

Since 2000, when the state transferred to the counties all responsibility for handling misdemeanors, many courts have hired private companies to track probationers, handle the paperwork, and collect payments. Yet because probationers are required to cover the management costs, the companies had an incentive to keep them on the hook as long as possible. It is, as reporter Celia Perry noted in a 2008 Mother Jones story, “a way to milk scarce dollars from the poorest of the poor,” who, in many Georgia counties, are disproportionately black. Human Rights Watch, in a February 2014 report entitled Profiting from Probation, calls it “an extremely muscular form of debt collection masquerading as probation supervision, with all costs billed to the debtor.”

While probation was originally instituted as a jail alternative for individuals whose crimes—like petty larceny or public intoxication—didn’t warrant it, the system has expanded to ensnare anyone who can’t pay their fines in full on the day of sentencing. With this “pay-only” probation model, there’s no community service or mandated support groups. Yet, as with traditional probation, any misstep—including failure to make a payment—can result in jail time.

That’s because many judges automatically rule as though the people who fall behind on their payments do so by choice.

In fact, those judges are flouting the law. A 1983 Supreme Court decision prohibits courts from jailing a person simply because she can’t pay. Instead, a judge must hold a hearing to prove that the person “willingly” chose not to pay. But such hearings are rare. Critics of the system point out that cash-strapped counties get addicted to the revenue it brings in.

“It’s not just the companies that are the bad guys; it’s the courts, who are not paying attention to what those companies are doing and are more interested in the size of the checks that are getting cut by their probation company,” says Chris Albin-Lackey a Human Rights Watch researcher and author of the 2014 report.

Consider the case of of Kevin Thompson, a Georgia teen who landed in jail after struggling to pay off a traffic ticket. 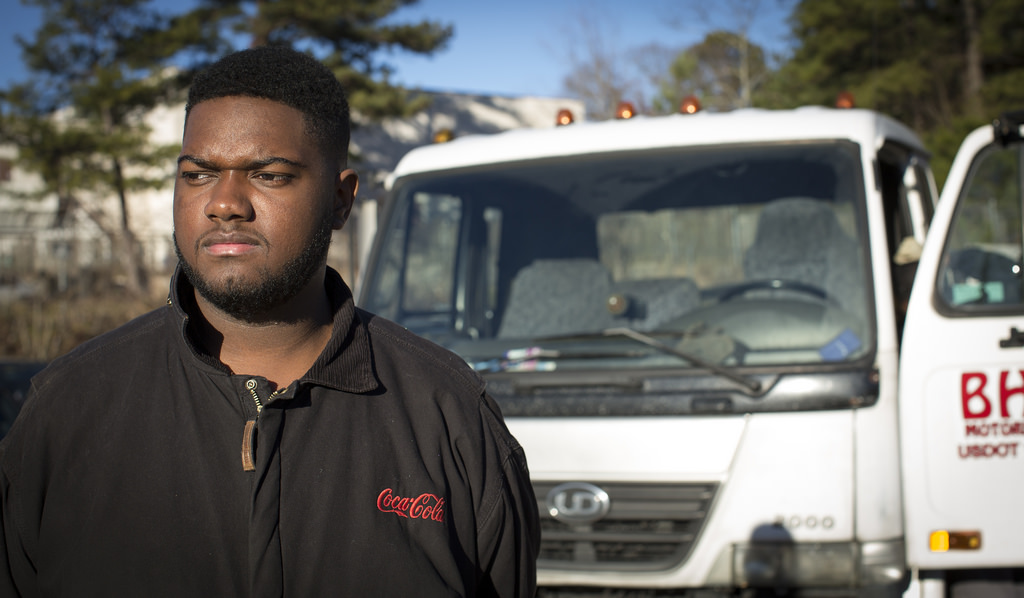 Had Kevin Thompson had the cash to pay his $810 fine that day, he could have walked away from all of it. But he didn’t. ACLU

Last April, Thompson, then 19, was summoned to DeKalb County Recorders Court after receiving a ticket for making an illegal left turn. Arriving late for his hearing, he was flagged for “failure to appear,” and so his license was suspended. He paid a fee to handle the mix-up and revoke the suspension, but then, like a typical absent-minded teenager, he neglected to mail the follow-up paperwork to the Georgia Department of Driver Services. Three months later, he got pulled over again. The officer saw that his license was suspended, and arrested him; he spent the night in jail. In October, a judge slapped him with an $810 fine for driving on a suspended license.

Had Thompson had the cash that day, he could have walked away from all of it. But he didn’t, so he was placed under the guidance of a for-profit probation company, Judicial Correctional Services. Like a common criminal, he would be required to meet with the probation firm weekly, but for the sole purpose of making payments toward his fine, plus added fees for the company’s time. He scraped and borrowed and took odd jobs trying to make the payments, hitching rides to meet with JCS employees since he couldn’t drive. But it wasn’t enough. In December, a judge sentenced him to nine days in jail for nonpayment.

“It’s a perverse system in which those who cannot afford to pay in full are going to be required to spend time and money that they don’t have to come on a weekly basis, taking time off, leaving children at home, having to get childcare,” says American Civil Liberties Union attorney Nusrat Choudhury, who is representing Thompson in a case against JCS, DeKalb County, and the chief judge in charge of the court’s misdemeanor program.

“There is a deep and troubling connection between driving while black and being jailed for being poor and in violation of one’s constitutional rights.”

She and her fellow lawyers argue that Thompson’s treatment violates the 14th Amendment. The judge never inquired into the kid’s financial situation, and never explained to him that he might be eligible for a court-appointed public defender—so Thompson went without. The case also aims to highlight the absurdity of the system: Being unable to drive made it harder for Thompson to find work, and the weekly meetings also cut into potential work time. Not to mention that throwing an indigent person in jail often costs more than he owes.

There are also disturbing racial disparities in the system. Blacks represent a bit over half of the DeKalb County population, Choudhury says, but nearly all of the people jailed for failure to pay fines are black. The same pattern holds true for other Georgia counties. Add to that the fact that black citizens are pulled over disproportionately by the police, resulting in higher rates of ticketing. “There is a deep and troubling connection,” Choudhury says, “between driving while black and being jailed for being poor and in violation of one’s constitutional rights.”

Even if the bill sails through the Georgia statehouse, systemic problems remain. “A lot of these courts have turned into really important sources of revenue for local governments. They don’t want to have to raise that money by raising taxes, because people don’t like higher taxes,” Human Rights Watch’s Albin-Lackey told me. “And so there is a really powerful and perverse incentive for public officials, and even judges, to not ask too many questions about whether they’re really doing right by people when the courts are squeezing money out of them.”