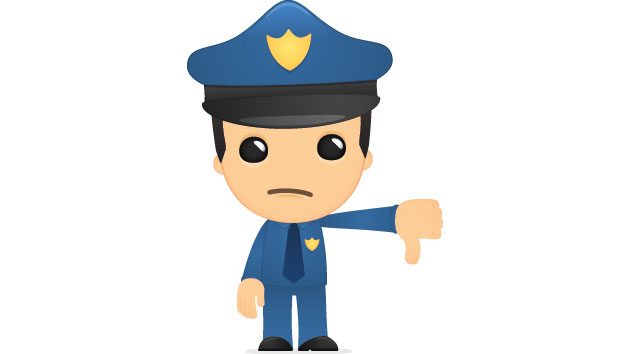 “Human trafficking”! “Drug cartels”! “Humanitarian crisis”! These are the public safety nightmares that will result from President Barack Obama’s decision to to allow around 5 million undocumented residents to live in the United States without fear of deportation—at least according to the 26 mostly GOP-controlled states suing to block Obama’s action. According to the states, letting some unauthorized immigrants remain in the country will set off a new wave of illegal immigration, causing criminal activity to skyrocket, increasing human trafficking, bolstering “the business of the [drug] cartels,” and exacerbating “the risks and dangers…[of] organized crime,” they argued in a brief filed in federal court in Texas.

The public safety argument is a key pillar of the states’ case. To win a court order—called a preliminary injunction—blocking Obama’s actions while their lawsuit moves through the legal system, the states have to show that Obama’s actions would cause them irreparable damage. Claiming that deferring deportation for millions would damage public safety is one way the states are trying to prove they’d be harmed by Obama’s immigration actions.

But local law enforcement officials—including many in the very states suing the administration—say this part of states’ argument is bunk: They believe Obama’s executive actions will boost public safety. In a brief filed in support of the president’s action, a professional association of police chiefs and sheriffs, a research organization dedicated to improved policing, and 27 local law enforcement officials argued that undocumented residents are less likely to report crimes to the police or testify against a criminal for fear of being deported—making it harder for police to find criminals and put them away when they do.

The same logic applies to combating human trafficking—one of the public safety dangers the states cite.

“What I would say with regard to human trafficking is that once these folks can come out of the shadows and once they don’t have the threat of deportation hanging over their head, they can’t be victimized as easily as they’re being victimized now, whether it’s domestic violence, whether it’s forced prostitution,” says Thomas Manger, police chief in Montgomery County, Maryland, who serves as the president of the Major Cities Chiefs Association, one of the law enforcement groups supporting the administration in the lawsuit. “The control that the bad guys have over many of these young women—in many cases young women—is the threat of deportation.”

The police chiefs base their argument on studies showing undocumented residents’ unwillingness to come into contact with police, even when they are victims of crime. This makes undocumented people targets for criminals, the cops argue. As an example, they cite one study showing that  immigrants granted a special visa under 2000’s Violence Against Women Act showed increased rates of reporting crimes and cooperating with police. Finally, the law enforcement officers’ brief notes that giving undocumented residents drivers’ licenses improves public safety, as studies show that “unlicensed drivers are much more hazardous on the road.”

Of the 27 police chiefs who signed onto the brief, many are in states that are challenging Obama’s actions—putting them at odds with top GOP officials in there states. Those states include Alabama, Ohio, Utah, Arizona, Kansas, Louisiana, Wisconsin, Indiana, North Carolina, South Carolina and Texas. In Texas, the state leading the lawsuit against Obama’s actions, the sheriffs in Dallas, Houston, Austin, and the border city of El Paso all signed on in support of the president’s executive action. The Texas attorney general’s office, which is handling the case in court, did not respond to a request for comment on the public safety issue.

“How taking action that will encourage people to step forward and cooperate endangers public safety is beyond me and most police chiefs around the country that you would talk to,” says Austin Police Chief Art Acevedo.

Nina Perales, a lawyer at the Mexican American Legal Defense and Education Fund, a Latino civil rights group, is representing undocumented immigrants seeking to join the lawsuit in support of the administration. She suspects that the states’ public safety argument was meant as a direct appeal to Judge Andrew S. Hanen, who is presiding over the case.

Hanen, a George W. Bush appointee, wrote an opinion in 2013 in which he excoriated the Department of Homeland Security for reuniting a child brought to the country illegally by a smuggler with her parents who were living illegally in the United States. “The DHS, instead of enforcing our border security laws, actually assisted the criminal conspiracy in achieving its illegal goals,” Hanen wrote.

That case, United States v. Nava-Martinez, is cited multiple times in the states’ brief against the government, though it was not raised in oral arguments. But Perales, who watched the oral arguments last month, said she isn’t sure that quoting Hanen’s previous decisions is going to tip the scales in favor of the states.

“I imagine that Texas thought that they could gain a strategic advantage by being in front of Judge Hanen because he had criticized some aspect of government decision making,” she said. “I think the states made a mistake by assuming that this judge would be tilted one way or the other.”