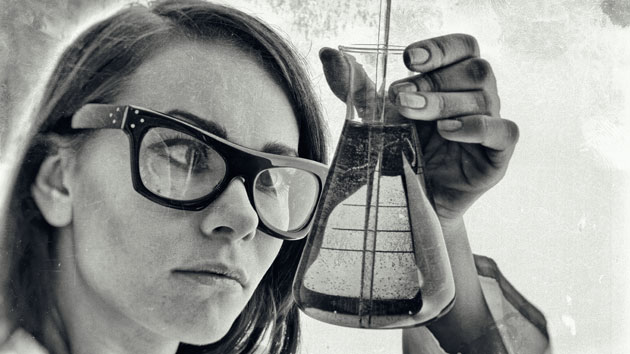 A lot of environmentalists are mad at Tom Udall. And they’re surprised about this.

The Democratic senator from New Mexico has a long and distinguished record as an environmentalist, and two weeks ago he introduced legislation to reform the testing and regulation of chemicals. But his former green allies—including environmentalists, lawmakers, professors, and public health officials—oppose the legislation, and accuse Udall of becoming too cozy with the chemical industry, which spends over $60 million a year to lobby Congress. They claim that Udall is sacrificing public health for chemical-industry profits and that his bipartisan bill, which is cosponsored by Sen. David Vitter (R-La.), doesn’t protect people from dangerous chemicals, such as asbestos, BPA, and formaldehyde, and, moreover, cripples the regulatory efforts of individual states.

“To be 100 percent candid and direct, [Udall’s] bill has been generated by the chemical industry itself,” Sen. Barbara Boxer (D-Calif.) said at a press conference last Wednesday. Indeed, the chemical industry has been outspoken in its support of Udall. “This bill is the best and only opportunity to achieve a pragmatic, bipartisan solution to reform chemical regulation,” said American Chemistry Council president Cal Dooley last week in a press release.

Boxer has introduced competing legislation­—supported by many environmental groups—that includes provisions that mandate a quicker turnaround time for testing chemicals for safety and grant states more power to regulate chemicals. Her bill is unlikely to win passage; last week, the Republican Senate leadership didn’t allow Boxer to present the bill on the floor.

Udall and his allies insist that his bill, with nine Republican and eight Democratic cosponsors, has a chance for success. Udall aide Jennifer Talhelm tells Mother Jones that negotiations between Udall, Vitter, and the chemical industry were often strained and that on at least two occasions Udall’s disagreements with industry reps nearly led to a collapse in the talks and no legislation. Supporters of the Udall-Vitter measure contend that the bill would give the Environmental Protection Agency the authority to control or eliminate dangerous chemicals. Its detractors argue that the chemical industry still has the upper hand.

Backers of the bill and its critics do tend to agree that the 1976 Toxic Substances Control Act has failed to protect public health. That law has permitted the $800-billion-a-year chemical industry to produce over 80,000 substances whose traces now appear nearly everywhere—such as in household items including plastic baby bottles, food, and rugs. Only five of those chemicals have been tested for safety and regulated. And under the current law, according to John Stephenson, director of natural resources and the environment at the Government Accountability Office, the burden of proof is on the EPA to show a chemical is dangerous, not on the chemical industry to demonstrate that it is safe. And if a chemical is determined to be a health risk, its use can only be restricted in a way that is “least burdensome”, which is least expensive, for industry. Even a known carcinogen like asbestos—which is linked to the deaths of 10,000 Americans a year—has not been banned under this law because of an industry lawsuit.

So there is a consensus the 1976 law needs to be revamped and bolstered. But most enviros say the Udall-Vitter bill is not sufficient. The critics have three main complaints:

State preemption: “States have been important leaders in developing rules to protect their residents from harmful chemicals,” says Michael Green, the executive director of the Oakland-based Center for Environmental Health. California’s Proposition 65 has pressured companies to eliminate lead from products such as baby bibs and vinyl lunch boxes, and to stop using arsenic-based wood preservatives in children’s playgrounds.

But Udall’s legislation would undermine strong state action by mostly removing the authority of states and handing it to the EPA, except for chemicals deemed “low priority.” Under this bill, states would not be allowed to develop new restrictions on specific uses of a chemical after the EPA has decided to put the substance on a list of “high priority” chemicals to review. Yet reviewing the chemical could take up to seven years. Thus, the states would essentially be blocked from moving forward with safeguards.

The bill would also strip states of the power to enforce federal standards, a process known as “coenforcement.” Supporters of the Udall bill acknowledge that state preemption has some downsides, but they note that existing state laws passed before January 1, 2015, would not be affected by the legislation.

Safety standard: Critics say Udall’s bill won’t keep people safe because the language of the legislation is too vague and weak. Under the new bill, the EPA must consider “unreasonable risks” to human health and the environment when testing and regulating chemicals, but it never explicitly defines what an “unreasonable risk” is. Though the wording seems like a step up from former legislation, which explicitly requires the EPA to consider monetary cost as well as health before even testing a chemical, critics believe this cost-benefit analysis will continue to be a priority, because the bill still requires the EPA to consider cost when it is restricting a chemical proven to be dangerous. A group of 34 professors, environmentalists, and legal experts sent a letter detailing these concerns to Boxer and Sen. James Inhofe (R-Okla.) on Monday. The Environmental Working Group, Greenpeace, Safer Chemicals, Healthy Families, the Center for Environmental Health, the Breast Cancer Fund, and others agree. Rick Hind, the legislative director of Greenpeace called Udall and his cosponsors “liars” for insisting that the cost-benefit analysis was removed from the bill. “Even if you had Rachel Carson running the EPA, she wouldn’t be able to do anything,” he says.

But Udall and those involved in negotiations say these complaints are not based on the facts. The phrase that essentially severely limited EPA’s authority as a result of its lawsuit over banning asbestos is removed from the bill. In this 1991 suit, the EPA was required to choose the “least burdensome” restriction in regulating a chemical. In Udall’s bill, the EPA must regulate chemicals based on health “without taking into consideration cost or other nonrisk factors.”  If the chemical is determined unsafe, the EPA must regulate it so that it will not pose a risk to health and the environment.

Timeline: Most environmental groups are concerned that the bill would give regulators too much time to conduct safety investigations of chemicals: up to seven years for each review. Also, the chemical industry only has to foot 25 percent of the cost of testing, with a cap of $18 billion a year. Udall’s staff insists that these proposed guidelines come straight from the EPA, which maintains that this timeline and budget are the only feasible ways for them to test and regulate chemicals without fear of missing deadlines.

Last Wednesday, the Senate Committee on Environment and Public Works held a hearing where Udall spoke for his side, and Boxer spoke for the opposition. Udall acknowledged that “there is still room to improve” the bill. But he is not phased by the opposition. “I’m not going to stand by and let our best chance to protect our kids from dangerous chemicals to be torpedoed,” Udall tells Mother Jones.

Despite controversy over the bill, it seems likely that it will advance out of committee with a large amount of bipartisan support. While the EPA told the Hill that the administration isn’t currently taking a position on the bill, an agency official who spoke at last Wednesday’s hearing noted that it fulfilled the Obama administration’s goals to reform chemical legislation set out in 2009.