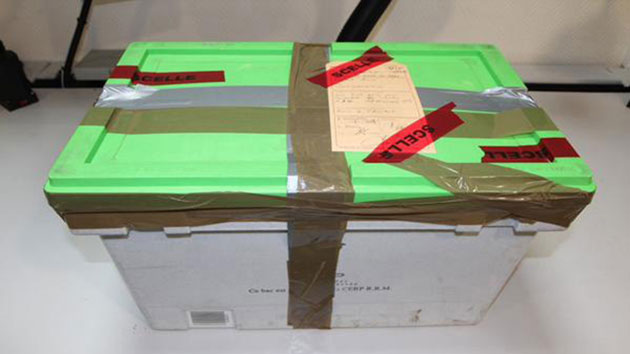 An international airliner falls out of the sky, seemingly for no reason. A cryptic recording from the cockpit voice recorder. The crash of Germanwings flight 9525 on Tuesday has, at least in the early going, left investigators with a lot of puzzling questions. It’s also drawn obvious parallels to an earlier incident—the 1999 crash of EgyptAir 990 off the coast of Massachusetts.

That crash, which killed 217 people, was ultimately chalked up to “manipulation of the airplane controls,” according to the National Transporation Safety Board. But that euphemism left a lot unsaid. In a masterful piece in the Atlantic in 2001, reporter William Langewiesche sought to piece together the mystery of what actually happened:

I remember first hearing about the accident early in the morning after the airplane went down. It was October 31, 1999, Halloween morning. I was in my office when a fellow pilot, a former flying companion, phoned with the news: It was EgyptAir Flight 990, a giant twin-engine Boeing 767 on the way from New York to Cairo, with 217 people aboard. It had taken off from Kennedy Airport in the middle of the night, climbed to 33,000 feet, and flown normally for half an hour before mysteriously plummeting into the Atlantic Ocean sixty miles south of Nantucket. Rumor had it that the crew had said nothing to air-traffic control, that the flight had simply dropped off the New York radar screens. Soon afterward an outbound Air France flight had swung over the area, and had reported no fires in sight—only a dim and empty ocean far below. It was remotely possible that Flight 990 was still in the air somewhere, diverting toward a safe landing. But sometime around daybreak a Merchant Marine training ship spotted debris floating on the waves—aluminum scraps, cushions and clothing, some human remains. The midshipmen on board gagged from the stench of jet fuel—a planeload of unburned kerosene rising from shattered tanks on the ocean floor, about 250 feet below. By the time rescue ships and helicopters arrived, it was obvious that there would be no survivors. I remember reacting to the news with regret for the dead, followed by a thought for the complexity of the investigation that now lay ahead. This accident had the markings of a tough case. The problem was not so much the scale of the carnage—a terrible consequence of the 767’s size—but, rather, the still-sketchy profile of the upset that preceded it, this bewildering fall out of the sky on a calm night, without explanation, during an utterly uncritical phase of the flight.