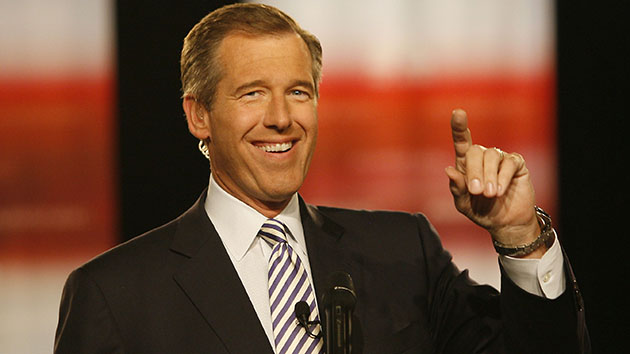 Vanity Fair is out with a deliciously gossipy long read on the troubles at NBC News by Brian Burrough. The focus is largely on Brian Williams and his recent drama but it also goes into the larger culture clashes that have dominated 30 Rock since Comcast took over NBCUniversal from GE in 2011. There was the Today drama. There was the Meet The Press drama. Now the Nightly News drama.  Drama with a capital D!

This is the type of story Vanity Fair is so good at. (Back in February they had the definitive insider account of the Sony leaks.) If you like this sort of thing, you should read the whole article.

Here are some of my takeaways from it:

A lot of people are sniping about NBC News president Deborah Turness.

Turness gets a lot of blame for NBC News’ troubles but it’s not clear to me that any of the criticisms really mean much. One of the problems with this genre of story is that it’s necessarily almost all blind quotes and the criticisms are so predictably broad and meaningless. A la:

It’s not that this is gibberish, it’s that it is meaningless. Everything is a particular thing. Every place is a particular beast. All this quote tells you is that an unnamed senior NBC executive doesn’t much care for Deborah Turness, not one bit, boy howdy.

When the criticisms do get a bit more specific they’re muddled and contradictory. She is blamed for not being tough enough with talent ( “She’s letting the inmates run the asylum. You have kids? Well, if you let them, they’ll have ice cream every night. Same thing in TV. If you let the people on air do what they want, whenever they want, this is what happens.”) but also dinged for not being nice enough to the talent’s agents? (“She didn’t understand that you communicate [with the talent] through their agents. Like if [WME co-C.E.O.] Ari Emanuel calls, you have to phone back the same day.”)

Then there is this stuff:

“It was almost unfair to give Deborah this job,” says one NBC observer. “She was basically overmatched. From day one, it was difficult, even just managing the daily job. Because it’s a big job, it’s got a lot of intricate parts to it, and you know she had a rough time with it.”

“Come on!” barks one critic. “Anybody with a triple-digit I.Q. who interviews somebody to come in as president of NBC News you ask, ‘What are you going to do with the 800-pound gorilla? With Today?’ And Deborah’s answer was ‘You hire Jamie Horowitz!’ It was almost like it was Deborah’s cry for help. Like if you’re overwhelmed and you don’t have a lot of confidence or vision, you bring in other people: ‘Help me, I’m drowning.”

Overmatched. Overwhelmed. She was given a job then found herself drowning in it. She hired a male producer from ESPN as a cry for help. This is the sort of language people somehow never use when describing male executives.

Maybe the president of NBC News is bad at her job—NBC News definitely has struggled under her watch—but no where in this whole thing does anyone articulate in any meaningful way how she is bad at her job.

Comcast treats talent with the same disregard they treat their cable customers.

“To be honest, you got the sense they couldn’t fathom why NBC worried so much about the talent; you know, ‘Why are these people worrying so much about what Matt Lauer thinks?’”

An industry insider adds, “There is also a lot of envy of Williams’s movie-star good looks, his long happy marriage to a wonderful woman, great kids, and he’s paid millions to read a thousand words five times a week from a teleprompter.”

Brian Williams and Tom Brokaw don’t like each other very much.

“Tom and Brian,” one longtime friend of both men says with a sigh, “that was never a good relationship. Tom pushed for him to get that job. But Brian never embraced Tom. And I don’t know why…. He knows the rank and file will never love him like they did Tom, so he never tries. That’s the reason there’s not a lot of support for Brian over there.”

Brian Williams resents Tom Brokaw for not saving him.

“Tom didn’t push Brian out, but he didn’t try to save him, either.”

While he has accepted responsibility for his actions, friends say, Williams is bitter, especially at those who he believes might have saved him.

“I talked to Brian about this,” says one friend, “and I’ll never forget what he said at the end. He said, ‘Chalk one up for Brokaw.’”

Side note: Want to giggle yourself silly? Say, “Chalk one up to Brokaw” out loud like you’re playing Brian Williams in an off-Broadway play. Repeat until you see the humor. It’s pretty fun.

Brian Williams exaggerated his personal tales of valor and glory because Tom Brokaw is just so great.

“I always felt he needed to jack up his stories because he was trying so hard to overcome his insecurities,” this executive says. “And he had to follow Tom, which brought its own set of insecurities. He likes to sort of tell these grandiose tales. But, can I tell you, in all the years we worked together, it never rose to the point where we said, ‘Oh, there he goes again.’ I just saw it as one of the quirks of his personality.”

“…his wife [Jane] tried to explain. She said he put things in boxes [in his mind]. He would only talk about what was in those boxes on-camera.”

I have no idea what this means.

“What always bothered Tim was Brian’s lack of interest in things that mattered most, that were front and center, like politics and world events,” says a person who knew both men well. “Brian has very little interest in politics. It’s not in his blood. What Brian cares about is logistics, the weather, and planes and trains and helicopters.”

“You know what interested Brian about politics?” marvels one longtime NBC correspondent, recently departed. “Brian was obsessed with whether Mitt Romney wore the Mormon underwear.”

This is so Broadcast News, right?

Brian Williams wanted to be a late night host.

According to New York, he talked to Steve Burke about succeeding Jay Leno. When Burke refused, Williams reportedly pitched Les Moonves, at CBS, to replace David Letterman, who was soon to retire. Moonves also allegedly declined. Though his appearances on shows such as 30 Rock and Jimmy Fallon successfully repositioned Williams as a good-humored Everyman—and thus expanded not only his own brand but that of Nightly News—they were not popular among many of his colleagues.

After refusing Williams the Leno spot, Steve Burke offered him a consolation prize: his own magazine show, Rock Center, a bid to anchor what he hoped would be the second coming of 60 Minutes. It wasn’t. Rock Center debuted in 2011 to tepid reviews and worse ratings.

There is a lot more. If you’ve made it this far, go read the whole article.