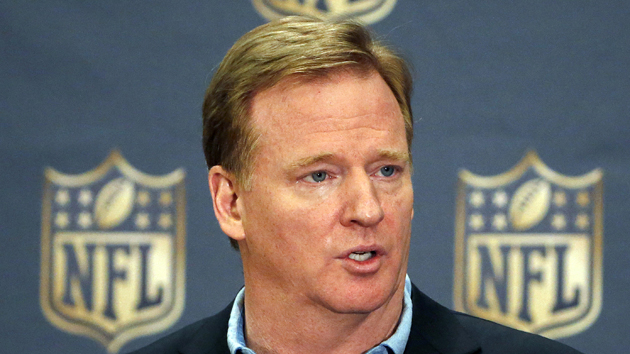 The National Football League paid its commissioner, Roger Goodell, a staggering $44.1 million in 2012. The year before, he took home $29 million. The year before that, $11 million. That’s corner-office-at-Goldman-Sachs-level money—to run what for decades has been a tax-exempt organization.

Soon, however, the public won’t have a clue what Goodell or anyone else in the NFL league office earns. On Tuesday, Goodell announced that the NFL will give up its tax-exempt status, claiming that it has turned into a “distraction” that “has been mischaracterized repeatedly.” Here’s what that means: For the first time in more than 70 years, pro football’s league headquarters will pony up its share of federal taxes. But it also means the NFL won’t have to file the tax forms that require it to be transparent about salaries, revenue, spending, and more.

Congress granted the NFL tax-exempt status way back in 1942, long before it was the global juggernaut that it is today, with estimated revenues of $9.5 billion a year. (Goodell wants to grow that to $25 billion by 2027.) For years, budget hawks in Congress and good-government groups have called for stripping the league of its nonprofit status and forcing it to join Major League Baseball’s front office in operating like a normal taxable business. Former Sen. Tom Coburn (R-Okla.), who never saw a piece of pork he didn’t want to trim, waged a lonely war to revoke the NFL’s 501(c)(6) status with a piece of legislation called the Properly Reducing Overexemptions for Sports Act (PRO Sports Act). (The bill would have eliminated tax-exempt status for all pro sports leagues.*) And in December 2013, I wrote about an anti-corruption group’s campaign to gin up public support for eliminating the NFL’s tax break.

Goodell’s announcement will no doubt be cheered as a victory by the league’s critics. So what I’m about to say will make me few friends, but here goes: The commish has a point. And the NFL giving up its tax-exempt status is bad news.

There’s a wealth of information in each of the NFL’s annual tax forms. Goodell doesn’t mention this, but it’s hard to imagine the league not relishing the opportunity to pull some of that information out of the spotlight.

Goodell frames this decision not as a financial one but as a way to move past what he sees as the misguided controversy and anger over the league’s tax status. As he’s quick to point out, the league’s 32 teams pay taxes on all that revenue. The Pats, the Colts, my beloved Detroit Lions: None is tax-exempt. It’s the NFL front office—which reported $326,882,787 in 2012-13 revenue—that doesn’t pay taxes. Sure, $327 million is a lot of money, but it’s a pittance compared to $9.5 billion. How much do we lose in tax revenue from this? The Joint Committee on Taxation crunched the numbers and found that the 10-year cost for giving the NFL and NHL tax-exempt status is roughly $109 million—a relatively paltry sum.

Nonetheless, critics like Coburn and government watchdog groups argue that eliminating the NFL’s subsidy is the right thing to do. Any waste, they say, is bad waste. Okay, sure. But at what cost?

There’s a wealth of information in each of the NFL’s annual tax forms—detailed breakdowns of where the league’s money comes from, front-office compensation packages, which law firms the league retains, the amounts and recipients of league grants. Goodell doesn’t mention this in his announcement, but it’s hard to imagine the league not relishing the opportunity to pull some of that information out of the spotlight.

Perhaps the silver lining is this: By taking the tax-exempt issue off the table, activists can instead focus their work on more-meaningful reforms. Take, for example, the grand scam of taxpayer financing for stadiums. A 2012 Bloomberg analysis calculated that federal taxpayers lost $4 billion in the last nearly 30 years’ worth of stadium construction deals.* It’s one of the great boondoggles in sports today, an issue where the fleecing is very real.

Corrections: An earlier version of this article said the PRO Sports Act specifically targeted the NFL. It also misstated the duration of time covered in a Bloomberg analysis of stadium financing deals.