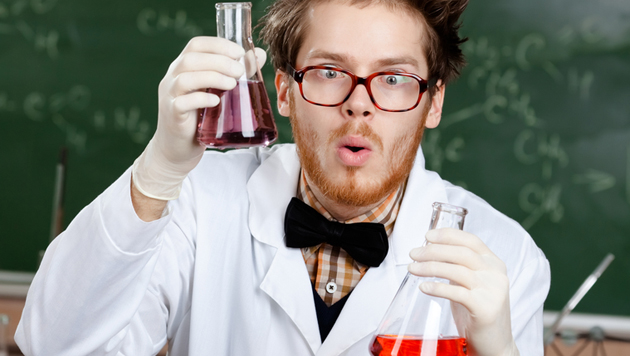 The San Francisco Police Department is auditing 1,400 criminal cases—many involving murder or sexual assault—because one technician in the department’s crime lab allegedly mishandled DNA evidence. That makes it the latest in a string of cities where corrupt or incompetent crime lab employees have derailed investigations and prosecutions. Experts say this shouldn’t come as a surprise: Most states don’t require labs to be accredited, and “forensic science” isn’t always very scientific. Here’s how it works.

Crime labs…you mean like on CSI?
Well, yes and no. Like the characters on CSI and NCIS, crime lab technicians analyze fingerprints, DNA, drugs, and other types of forensic evidence. But in real crime labs, analysts have grinding workloads, as many as two dozen cases at once. They don’t have technology that can instantly test DNA—it takes weeks or months, and the process is complex. And unlike the highly trained specialists on TV, many crime lab analysts have only a bachelor’s degree in biology or chemistry.

What exactly is happening in the San Francisco crime lab?
Issues with lab technician Mignon Dunbar’s work came to light during a child molestation trial in December, when defense attorneys discovered she had “filled in the gaps” in an incomplete genetic sample and submitted it for comparison with a database of California offenders’ DNA profiles. (State rules specify that only complete genetic samples are supposed to be checked against the database.) The doctored sample matched with DNA from a man named Marco Hernandez, whom prosecutors charged.

One lab technician confessed she had stolen and used some of the cocaine she was supposed to be analyzing.

Hernandez was convicted even after the flaws in Dunbar’s methodology emerged, because he had already confessed to parts of the crime. The police department audit didn’t begin until late March, shortly after a DNA consultant for the city’s public defenders, filed a complaint about the Hernandez trial with the police, the FBI, and the main organization that accredits crime labs.

Also in late March, District Attorney George Gascón launched an investigation into the crime lab’s handling of evidence. “This raises tremendous concerns for us,” he told the San Francisco Chronicle. “We are talking about the integrity of the entire trial process.”

Dunbar and her supervisor have been on leave since before the Hernandez trial began.

Are the cases Dunbar worked on likely to be dismissed?
Too soon to say. Chief Greg Suhr expects the police department’s audit to take about six weeks. But if they are, it won’t be the first time that misconduct by an SFPD lab tech has gotten cases thrown out. Prosecutors dismissed 1,700 cases in 2010 because a drug tester in the same lab confessed she had stolen and used some of the cocaine she was supposed to be analyzing. She claimed she had done it to help herself stop drinking.

So this isn’t the first time the SFPD lab has had problems. Have there been similar issues in other cities?
Quite a few, actually. Just last month, federal prosecutors in DC stopped sending DNA evidence to the city’s new $220 million lab, because they said outside experts they had hired to test the genetic material kept finding errors in the lab’s work. In one case, the crime lab concluded that DNA on the magazine of a gun might belong to one defendant, while an outside expert ruled that it definitely wasn’t from that defendant.

A Boston technician admitted to faking test results, forging her overseer’s signature, and pretending to have a master’s degree in chemistry from a university where she had never taken a single graduate class.

In 2013 in Boston, a drug analyst who had handled 40,000 cases over a nine-year period pleaded guilty to faking test results, forging her overseer’s signature on lab reports, and pretending to have a master’s degree in chemistry from a university where she had never taken a single graduate class. In New York, the medical examiner’s office audited 800 rape cases after it found that a technician had mixed up DNA evidence and made errors in testing stains found on victims’ clothing. And that same year in St. Paul, Minnesota, the crime lab stopped testing drug evidence when it was revealed that technicians had botched their analyses in almost every way possible, including using Wikipedia as a technical reference.

Houston, Cleveland, Omaha, Oklahoma City, Nassau County, New York, and the entire state of North Carolina are just a few other places that have suffered from crime lab scandals in recent years. There have been 329 postconviction DNA exonerations in the United States since 1989, according to the Innocence Project, which works to free the wrongfully convicted using DNA evidence; improper forensic science played a role in 47 percent of them.

Why does this keep happening?
There are no national standards for crime labs. In 2012, the last time the Bureau of Justice released a report on crime labs, 83 percent of publicly funded crime labs were privately accredited. That’s a relatively high number, considering that only 10 states required their labs to be accredited. But the main organization that certifies labs is the American Society of Crime Laboratory Directors/Laboratory Accreditation Board (ASCLD/LAB)—a nonprofit created by the labs whose work it’s supposed to assess.

And there are numerous ways in which the organization’s assessments could be more rigorous. In most labs, it conducts audits only once every five years. When a crime lab worker is being audited, he or she gets to choose the cases that the ASCLD/LAB inspector will review. And there’s significant crossover between ASCLD/LAB inspectors and crime lab workers. (ASCLD/LAB did not respond to requests for comment on this story.)

A 2009 National Academy of Sciences report about how to strengthen forensic science concluded that because most crime labs are run by law enforcement agencies, they may face “pressure to extend opinions beyond the scientific method and pressure to get a particular result.” That pressure is exacerbated when crime labs are underfunded and understaffed, as many of them are.

Do experts have any ideas about how to fix the system?
The National Academy of Sciences report suggested several changes, including the creation of a federal body that would set accreditation standards, fund and oversee forensic research, and improve training for people who work in crime labs. It also proposed removing crime labs from the administrative control of law enforcement and prosecutors’ offices, increasing funding for graduate programs in forensic science, and establishing a standard format for lab reports.

Last year, the Justice Department did finally establish a commission to set guidelines on best practices in forensic science, based in part on the NAS recommendations. But the commission has no enforcement mechanism. “It will make things worse by convincing people for 20 years that things are better,” one criminologist told Business Insider.