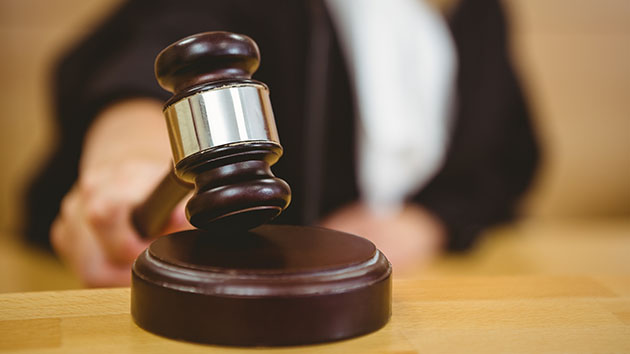 Until recently, North Carolina Republicans had a problem. Some of their biggest legislative achievements of the past few years, including a restrictive voter ID law and weakened environmental regulations, were heading for review before the state Supreme Court. Right now, conservative justices hold a tenuous 4-3 majority on that court. But one of the conservative justices was up for re-election in 2016—before several of these matters would reach the court—and he was not guaranteed to win. This meant the Republicans’ policy agenda was at risk.

So the Republican-controlled state legislature decided to change the rules of the game. On a party-line vote, the state Senate and House this month passed a bill that does away with that justice’s upcoming election and effectively ensures that conservative justices will retain their majority on the state’s highest court for years to come. Last week, Republican Gov. Pat McCrory signed the measure into law.

Justices in North Carolina face re-election every eight years. Under the new law, after winning his or her first election, a state Supreme Court justice can now opt for an up-or-down retention vote without facing a challenger. In other states with retention votes, justices rarely lose. With this new measure, if a North Carolina justice fails to reach 50 percent in the retention vote, the governor will appoint a replacement for a two-year term before an open election is held to fill the seat.

So Justice Robert Edmunds Jr., the conservative justice whose term runs out next year, can now opt for a retention vote and not worry about an opponent. If he comes up short, McCrory will appoint a two-year replacement, presumably another conservative who is sympathetic to the GOP laws recently implemented.

Democrats in the state called the new law an “obvious” attempt to help one justice keep his seat. Republicans claim they merely want to help stanch the increasing flow of money into judicial elections—a nationwide trend that has many advocates worried about the impartiality of state judges. People are tired “of seeing millions of dollars spent electing a member of the Supreme Court or the Court of Appeals,” one of the bill’s Republican sponsors told the Raleigh-based News & Observer.

But Republicans actually helped open the door to more money in judicial elections that they now say they want to close. In 2013, GOP state legislators repealed a public financing system that Democrats had put in place for state Supreme Court and appellate court candidates. Under the public financing system, judicial candidates didn’t have to appeal to donors who might have an interest in the outcome of cases, though this didn’t inoculate judicial elections from the nationwide spike in outside spending that followed the Supreme Court’s Citizens United decision.

“The same Republican majority that repealed judicial public financing in 2013 is unhappy with the election in 2014 [in which three Democrats won Supreme Court races] and then turns around and rigs judicial races in North Carolina under the guise that they are trying to get rid of big money in judicial elections,” says Melissa Price Kromm, director of the North Carolina Voters for Clean Elections Coalition, a group that advocates public financing in state elections. “It is a partisan, political power grab.”

The Republican move to end public financing and implement the new retention-vote system is “a disturbing trend,” says Bob Phillips, the executive director of the North Carolina chapter of Common Cause, a nonpartisan good-government group. “We don’t want to see the highest court in our state gamed by whatever party holds power in the legislature.”

There’s no indication this new system will keep money out of North Carolina’s judicial elections, says Billy Corriher, an expert in money in state courts at the left-leaning Center for American Progress. “In other states where this kind of system is used, judges still have to raise a ton of campaign cash,” he says.

The next few years will be busy ones for North Carolina’s Supreme Court. In April, the US Supreme Court threw out a ruling by North Carolina’s top court upholding Republican-drawn congressional and state legislative districts, ordering the state Supreme Court to re-examine the case with special consideration for whether Republicans relied too heavily on race in drawing the new maps. Civil rights groups had challenged the maps on the grounds that they deliberately diluted the African American vote in the state.

In 2010, Republicans took control of North Carolina’s legislature for the first time since Reconstruction. In 2012, they won the governorship, too, and set about to reform just about every area of public policy. They slashed tax rates, cut teacher pay, gutted environmental regulations, restricted abortion access, weakened gun safety laws, and even passed an anti-Shariah law for good measure. Challenges to some of their initiatives—rules easing fracking restrictions, a highly restrictive voter ID law, the redrawn district map, and a school voucher program—are working their way through state courts. Ultimately, the state’s top court—now with a guaranteed GOP-friendly majority for the next three years—could have the final say on these controversial measures.