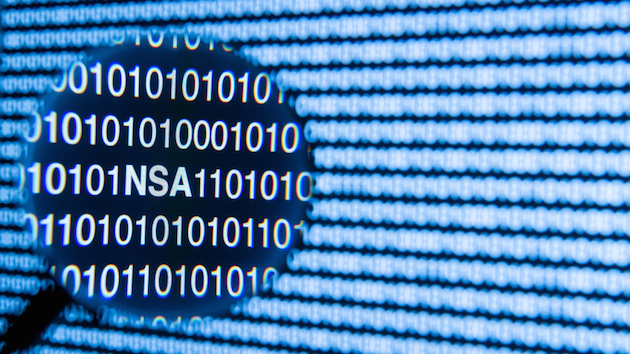 Almost as soon as Congress passed the USA Freedom Act earlier this month, which ended the National Security Agency’s mass collection of phone records under the Patriot Act, the government moved to keep that program around for as long as it could. Administration lawyers went before the Foreign Intelligence Surveillance Court, which oversees government surveillance requests, and argued that because the new law gives the NSA six months to shut down the program, the NSA should be able to keep vacuuming up this metadata until then—even though the Patriot Act had briefly expired, ending the legal authorization for such bulk collection.

Today we learned the government won that argument: the National Journal obtained a ruling from the FISA court saying this bulk collection can continue for the next six months.

“Congress deliberately carved out a 180-day period following the date of enactment in which such collection was specifically authorized,” wrote Judge Michael Mosman in the ruling. “For this reason, the Court approves the application.”

The good news for privacy advocates is that there was, for the first time, actually an argument at the FISA court on the issue. I wrote earlier this month about how the USA Freedom Act is meant to open up the court, and one of the ways it does so is by giving federal judges who sit on the FISA court the option of bringing in what’s called an “amicus panel,” a group of outside experts who can advise the court on privacy concerns. That panel hasn’t yet been appointed, but Mosman allowed former Virginia Attorney General Ken Cuccinelli to join the proceedings and argue against restarting bulk collection. Cuccinelli and FreedomWorks, the tea party-aligned conservative group, already tried to block the program earlier this month.

But judges can also decline to use an amicus panel or a stand-in. Dennis Saylor IV, another federal district judge who sits on the FISA court, chose this path in a case two weeks ago because he considered his pro-government ruling one in which “no reasonable jurist would reach a different decision.”

That, civil liberties advocates say, is exactly why the amicus panel is needed. “His decision does not even acknowledge the existence of any other interpretation of the law,” Elizabeth Goitein, co-director of the Liberty and National Security Program at the Brennan Center for Justice, notes in an email. “That’s simply bad judging.…Congress may need to consider whether to make amicus participation mandatory rather than leave it to the court’s discretion.”

A footnote in Saylor’s decision revealed another potential basis for the FISA court to reject the privacy panel: money. “There may be other circumstances, as well, where appointment of an amicus curiae is not appropriate,” Saylor wrote. “For example, such an appointment would in most instances result in some degree of additional expense and delay.”

Saylor didn’t rule on whether time and cost are sufficient grounds not to appoint an amicus. But as Steve Vladeck of American University’s Washington College of Law points out, “Judge Saylor tries hard to say he’s not saying that, but he is surely suggesting it. That makes no sense to me, since there’s no other context in which courts pay for amici.” The footnote still leaves open the prospect that the FISA court could choose not to appoint outside experts simply because finding them could be a pain in the ass.