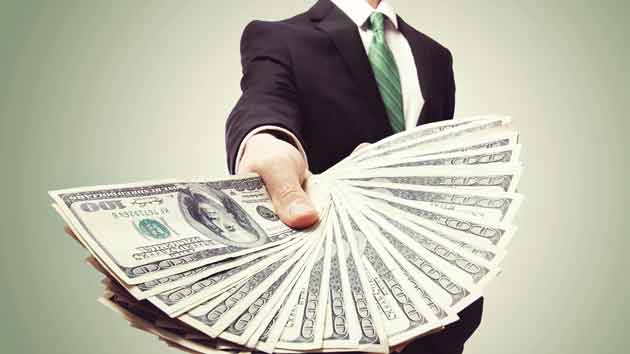 After watching the biggest donors increasingly shun the major political parties and send their six-figure checks to super-PACs and other outside spending groups, Republican and Democratic leaders in Congress made a sly bid last December to bring billionaires and millionaires back into the party fold. They slipped a provision into an omnibus spending bill that rewrote campaign finance rules to raise contribution limits for donations to the national parties. Under the old rules, an individual could give up to $33,400 a year to the Republican or Democratic national committees. The new rule allows donors to give 10 times that amount. And just months into the new election cycle, the effort is paying off—at least for Republicans. The RNC is pulling down big money from a who’s who of conservative megadonors. Democrats? Not so much.

To date, the Democratic National Committee hasn’t had a single donor contribute the maximum amount of $334,000 or even crack six figures. But five major GOP donors have maxed out in donations to the RNC, and more than a dozen others have ponied up at least six figures. And that doesn’t count donations to other GOP committees, such as the National Republican Congressional Committee or the National Republican Senatorial Committee, each of which can now collect a maximum of $233,800 a year from donors. In the first four months of the year, the RNC raised more than $5 million through donations now permitted by the recently changed rules. The DNC, meanwhile, has reported $213,000 in similar donations. The largest donors gave $33,400.

The DNC has been tight-lipped on why it hasn’t picked up any big contribution. A number of the donors who gave super-sized checks to the RNC have also aligned themselves with the current GOP presidential hopefuls. That means high-rollers backing particular candidates have also gained leverage within the RNC, which might be of use to the candidate they favor.

Here are some of the big donors now filling the RNC’s coffers:

Diane Hendricks: The richest woman in Wisconsin, Hendricks is worth more than $4 billion, thanks to the roofing supply company she founded with her late husband, Ken Hendricks. On March 30, Hendricks gave the RNC $334,000 in one shot, making her instantly a big deal for the party. But she has an earlier political-funding claim to fame: In 2012, her $500,000 donation to Scott Walker’s recall campaign made her the Wisconsin governor’s most generous backer. A member of the Koch brothers’ donor network, Hendricks gave $1 million to the Kochs’ Freedom Partners Action Fund super PAC last fall.

Henry Kravis: Kravis is the founder of private equity firm KKR who made his billions in leveraged buyouts. Like Hendricks, he maxed out to the RNC in just one day. Kravis hasn’t officially backed a candidate yet, but he’s done at least one big favor for Jeb Bush. In early February, Kravis hosted a small gathering of 40 or so friends at his New York apartment to hear Bush speak. The entrance fee: $100,000 per person payable to Bush’s super PAC, Right to Rise.

Joseph Craft III: The president and CEO of coal mining company Alliance Resource Partners, Craft gave $1 million to the Mitt Romney-backing super PAC Restore our Future in 2012. But the big question is who he will back in 2016. There is one candidate he won’t be backing: Rand Paul. The Kentucky Republican took the coal magnate to lunch earlier this spring in the Senate dining room, only to have coal executive let him know he’d be happy to back Paul—but only for a Senate reelection bid. He gave the RNC $334,000.

Warren Stephens: The founder of an Arkansas-based private equity firm chipped in $334,000, but he hasn’t publicly been linked to any 2016 candidates. In 2014, he was the 20th largest donor to independent spending groups, giving more than $2.6 million to Karl Rove’s American Crossroads, a super PAC formed by former George W. Bush administration official John Bolton, and other outside groups.

Thomas Russell: A former World War II paratrooper who founded an enormously successful natural gas equipment supply company in Oklahoma, Russell has been a steady GOP donor who has never dabbled in super PACs. He, too, has given the maximum $334,000 to the GOP’s central command.

Kenneth Griffin: Recently declared the “king” of hedge funds, Griffin donated $324,000 to the RNC on Jan. 23. In 2014, Griffin was the 14th largest donor to outside groups, giving more than $3 million to a number of super PACs, including America Rising, a Republican super PAC that specializes in digging up opposition research on Democrats. In 2012, Griffin gave several million to support Romney’s run. He has not been linked to any 2016 candidates yet.

Seth Klarman?: The Boston hedge-funder—who recently told the Boston Globe that he wasn’t a Republican and thinks that some Republicans are “neanderthals” on the issue of gay marriage—has donated $282,400 to the RNC this year (and none to the DNC). In the 1990s and early 2000s, Klarman did donate to the Democratic Party, but in recent years, his only donations to Democrats were in support of Sen. Cory Booker (D-N.J.).

George Klein: A New York City real estate developer, Klein is an honorary chairman and past board member of Sheldon Adelson’s Republican Jewish Coalition. He has given $250,000 to the RNC this year.

Michael Kojaian: A longtime family friend of the Bush clan, Kojaian was a Bush Pioneer (a bundler for George W. Bush’s presidential campaign) and an overnight guest at the Texas governor’s mansion during George W. Bush’s term. He’s likely to throw his support behind Jeb Bush and has given $250,000 to the RNC.

?Craig Duchossois: He is reported to be a co-chair of a Jeb Bush fundraising event in Chicago this past February—a title earned by contributing $250,000 to the Bush super PAC. He has given $150,000 to the RNC.