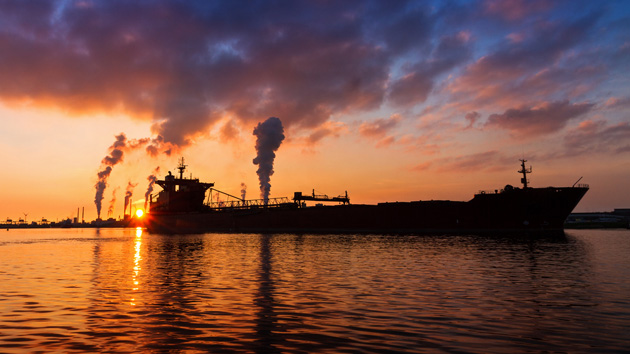 When most of us think about air pollution, we imagine smog emanating from cars, trucks, and power plants. But oceangoing ships are also a major source of pollution around the world, and according to a new study, they’re emitting toxic chemicals that can cause major health problems.

One study estimated that 60,000 deaths every year are related to particulate matter emissions from marine shipping.

A team of German researchers from the University of Rostock has found that emissions from ships can be even more dangerous than emissions from cars and trucks, causing damage to cells in our bodies that can lead to serious diseases like lung cancer, heart problems, and diabetes. In a study published by the Public Library of Science earlier this month, the researchers said ship engines that burn heavy fuel oil, the cheapest and most common kind of ship fuel, emit heavy metals, hydrocarbons, and carcinogenic fine particles.

These substances have been connected with inflammation, the body’s natural response to pathogens that, over time, can lead to a wide range of chronic diseases. Exposure to pollution from heavy fuel oil can also encourage oxidative stress, a state in which the body is not able to fully counteract or detoxify the harmful presence of free radicals, and which can lead to everything from neurodegenerative diseases to cancer and gene mutations. Unfortunately, this cheap, dirty fuel is not the only culprit: The researchers also found that even the burning of diesel fuel, generally seen as a cleaner source of power, emits toxins that can change basic cellular functions in the body like energy and protein metabolism.

Exposure to shipping pollution takes a huge toll globally. In 2007, one study estimated that 60,000 deaths every year are related to particulate matter emissions from marine shipping, with most deaths occurring near coastlines in Europe, East Asia, and South Asia. Still, the United States isn’t exactly winning medals for clean ports, according to the Natural Resources Defense Council. In a 2004 report, the environmental advocacy group lamented that marine ports were among the country’s most poorly regulated sources of pollution, with the Port of Los Angeles emitting far more smog-forming pollutants than all the power plants in the Southern California region combined.

Since then, ports have taken some steps to curb emissions, in part by allowing ships to plug in to onshore power sources, rather than idling their engines. But overall, pollution regulations in the United States have focused more strongly on cleaning up our roads. The German researchers suggested that it may be time to re-evaluate our strategy. “Due to the substantial contribution of ship emissions to global pollution, ship emissions are the next logical target for improving air quality worldwide, particularly in coastal regions and harbour cities,” they wrote.