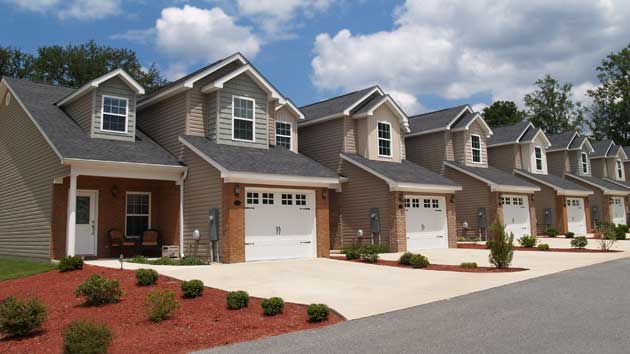 Congress passed the Fair Housing Act (FHA) to end pervasive segregation against the backdrop of urban race riots following the assassination of Martin Luther King Jr. in 1968. On Thursday, mere months after riots exploded in Ferguson and Baltimore, the Supreme Court narrowly upheld the law’s most powerful tool for fighting segregation.

The decision was a welcome surprise to civil rights advocates who had feared that the conservative-leaning court under Chief Justice John Roberts—the same court that struck down part of the 1965 Voting Rights Act two years ago—was set to undo another major civil rights law.

In a 5-4 decision, Justice Anthony Kennedy joined the court’s liberal wing to uphold so-called “disparate impact” liability, preserving the law’s authority to root out policies that have a discriminatory effect on minorities. Under the FHA, policies that have a harmful effect—a disparate impact—on minorities are illegal, even if that harm was unintentional. For decades, disparate impact has been vital to fighting segregation in housing because of the difficulty in proving purposeful discrimination.

“I can’t help thinking that recent events in places like Ferguson and Baltimore must have had some impact on Justice Kennedy’s approach to this case,” says appellate lawyer Deepak Gupta, who filed an amicus brief on behalf of current and former members of Congress that urged the court to uphold the disparate impact standard. “We have de facto segregation in lots of places in the country. And if the only way to remedy that in the legal system is to prove that somebody did something on purpose and said so, then the civil rights laws are a lot less powerful in combating these problems.”

In his opinion, Kennedy pays tribute to the “important role” the disparate impact standard plays in countering “unconscious prejudices and disguised animus that escape easy classification as disparate treatment.” Kennedy did voice some caution about overusing disparate impact liability, advising judges to “avoid interpreting disparate-impact liability to be so expansive as to inject racial considerations into every housing decision.”

Under the FHA, it is illegal to “refuse to sell or rent …, to refuse to negotiate for the sale or rental of, or otherwise make unavailable or deny, a dwelling to any person because of race, color, religion, sex, familial status, or national origin.” Those challenging the law in this case charged that that language precluded disparate impact claims. Civil rights advocates countered that the language, particularly the phrase “or otherwise make unavailable,” is broad enough to include disparate impact. In siding with the civil rights community, Kennedy reaffirmed the long-held and widely accepted interpretation of the law. But this outcome was not a foregone conclusion. “This decision just leaves in place a settled rule of law that’s existed since the 1960s,” Gupta says. “But it’s [a] measure of the Roberts Court’s stance on civil rights that most observers thought the court would do away with disparate impact.”

The fact that the court agreed to hear the case was a sign that at least four justices were ready to get rid of disparate impact in housing cases. Normally, the Supreme Court takes cases to resolve a disagreement among the lower courts. But in this case, all 11 circuits that have ruled on disparate impact under the FHA have agreed the law allows such claims. The congressional record shows that lawmakers, too, intended to allow disparate impact cases. In 1988, Congress modified the FHA to create exceptions to the use of the disparate impact standard, implying a belief in its overall validity. “The 1988 amendments signal that Congress ratified such liability,” Kennedy wrote. This was the third case in as many years that the Court agreed to hear on disparate impact under the FHA. Fearing that the court was hungry to gut the law—otherwise, why take up a settled legal question?—civil rights advocates and government officials worked to settle the two previous cases before the Supreme Court justices could rule on them.

The case, Texas Department of Housing and Community Affairs v. The Inclusive Communities Project, is a classic example of efforts to combat segregation through disparate impact claims. In 2008, a Dallas-based group that promotes desegregation sued the Texas Department of Housing and Community Affairs (TDHCA) for the way it administered a program that provides tax credits to developers who build low-income housing. The group filed both intentional discrimination and disparate impact claims, arguing that the agency was perpetuating segregation by disproportionately approving low-income housing units in minority areas when compared with predominantly white neighborhoods. A federal district court threw out the intentional discrimination claim but ruled in favor of the disparate impact claim.

Segregation stemming from decades of state and federal policies that divided white and minority residents persists today. According to 2010 census data, a typical white person lives in a neighborhood that is 75 percent white, while a typical black person lives in an area that is only 35 percent white. A policy paper by the Department of Housing and Urban Development noted last year that a “growing body of evidence shows that where one lives greatly determines access to amenities and opportunities, ultimately affecting one’s health, education, and other life outcomes.”

The Texas agency’s record of green-lighting low-income housing units in minority neighborhoods characterized by blight “was the functional equivalent of intentional racial segregation,” Inclusive Communities wrote in its brief to the Supreme Court. “Whether there was deliberate racial bias or not, TDHCA achieved the same segregated result as if there had been an explicit decision to engage in racial segregation.”