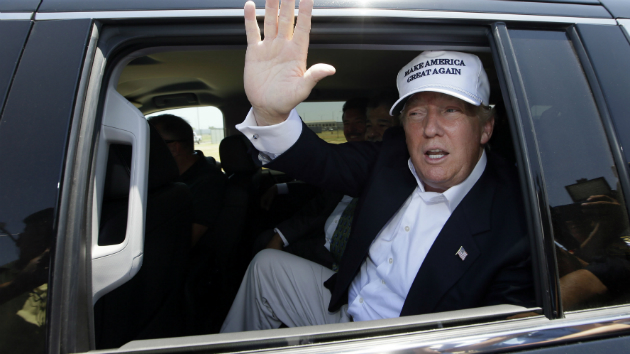 Luxury hotels bearing Donald Trump’s name grace some of the world’s ritziest locations, including New York, Waikiki, and Rio. There is one outlier: the Trump Hotel and Tower in Baku, the capital of oil-rich Azerbaijan. And the story of this particular deal involves an unconventional and controversial business ally. Trump’s partner in the venture is Anar Mammadov, a 34-year-old billionaire playboy whose father serves as Azerbaijan’s transportation minister. According to media reports and opposition critics in the tiny Caucasian country—which is considered one of the world’s most corrupt regimes—Mammadov’s wealth has resulted in part from his father’s political connections. Meanwhile, Mammadov has mounted a campaign to rehabilitate Azerbaijan’s kleptocratic image in the West by courting some of Washington’s most powerful politicians.

Fueled by billions of dollars reaped from the country’s oil and gas fields, Baku has transformed over the last decade into a city of flamboyant excess and garish architecture. The latest addition to the glittering skyline is the Trump Tower, a 33-floor luxury hotel in the shape of a sail, which was originally slated to open last month. A hotel spokeswoman said it would open by the end of the year.

“Trump International Hotel & Tower Baku represents the unwavering standard of excellence of The Trump Organization and our involvement in only the best global development projects,” Trump said when the venture was announced in 2014. “When we open in 2015, visitors and residents will experience a luxurious property unlike anything else in Baku—it will be among the finest in the world.”

Like many of the buildings that bear his name, the hotel in Baku is not owned by Trump. In this case, the building was constructed and is owned by a company called Garant, which is controlled by Mammadov. But Trump has earned lucrative management fees for lending his name and expertise to the project. According to the recent financial disclosure he filed in conjunction with his presidential bid, he received at least $2.5 million last year for his work on the Baku hotel, which will be operated as part of Trump’s chain of luxury hotels. A spokeswoman for Trump did not respond to questions about his business relationship with Mammadov.

Mammadov, who is rumored to be worth more than $1 billion, serves as Garant’s chairman. As Azerbaijan’s oil and gas industry exploded after the Soviet bloc crumbled, the wealth of the politically connected Mammadov clan, which is close to Azerbaijani president Ilham Aliyev, also soared. Mammadov’s father, Zia, is widely considered a powerful and influential official in Aliyev’s government.

Good government and humanitarian groups consider Azerbaijan one of the world’s most repressive and corrupt countries due to the regime’s intolerance for dissent and the high degree of concentration of wealth among the politically powerful and their families. Human Rights Watch had the following grim assessment of the country:

Azerbaijan’s government has escalated repression against its critics, marking a dramatic deterioration in an already poor rights record. In recent years, dozens of human rights defenders, political and civil activists, journalists, and bloggers have been arrested or imprisoned on politically motivated charges, prompting others to flee the country or go into hiding. Bank accounts of independent civic groups and their leaders have been frozen, impeding their work, or in some cases forcing them to shut down entirely. New legal regulations make it almost impossible for independent groups to get foreign funding. While criticizing the increasing crackdown, Azerbaijan’s international partners have failed to secure rights improvements.

The pro-Democracy watchdog group Freedom House reported in 2014 that “the state’s control over oil resources and the oligarchic structure of the economy contribute to widespread corruption in Azerbaijan.” The group noted that “the Aliyev family, state officials, and their relatives continued to amass significant personal wealth,” thanks to their control of state resources.

Last year, in an article titled “The Corleones of the Caspian,” Foreign Policy reported that the “profit margins” of Mammadov’s Garant “appear inextricably linked to a number of sweetheart contracts signed with his father’s Transport Ministry.” One of Mammadov’s other companies has received over $1 billion in highway construction contracts, and the firm owns many of Baku’s buses and taxis. Until 2013, Mammadov owned a majority stake in the bank that processed all of the taxi cab fares and the company that provided insurance to all the cabs. According to Foreign Policy, the company that Trump is working with also secured the contract to construct the Baku bus station, which Mammadov’s uncle owns. A leaked diplomatic cable on Azerbaijan’s “most powerful families,” drafted in 2010 by the charge d’affairs at the US embassy in Baku, noted: “With so much of the nation’s oil wealth being poured into road construction, the Mammadovs also control a significant source of rent-seeking.”

Mammadov has demonstrated a keen interest in American politics. He heads the Azerbaijan American Alliance, a group that at one point was registered with the US Department of Justice as a foreign lobbyist. Last year, Buzzfeed reported that the alliance was one of the three main conduits by which the country sought to lobby the US government in order to burnish its image in the West:

Experts say these organizations are often the work of the offspring of the Azeri elite. “There is a phenomenon of the children of oligarchs acting as lobbyists abroad,” said Tom de Waal, a South Caucasus expert at the Carnegie Endowment for International Peace.

“They have these very posh gala dinners,” said one Azerbaijan expert who spoke on the condition of anonymity. The Alliance is “one way that [Mammadov] is making his family more important to the regime.”

Last year, the alliance spent more than $2.8 million lobbying Congress and State Department to improve US-Azerbaijan relations. So far this year, the group has spent at least $500,000 trying to influence US lawmakers and officials.

In 2011, Mammadov himself registered as a foreign agent under the Foreign Agent Registration Act in connection with his work with the alliance. Though he is still featured prominently on the organization’s website, Mammadov is no longer listed as a foreign lobbyist. But he still seems to be very keen on courting powerful American politicians. Mammadov’s personal website features a gushing recap of the group’s Washington gala last November, which he hosted. The event was attended by Sens. Chuck Schumer (D-NY), Richard Burr (R-Ala.), Mark Pryor (D-Ark.), and Mark Warner (D-Va.) and a bipartisan slew of House members. (Pryor lost his reelection campaign last fall.) Mammadov’s Facebook page is full of photos of the businessman posing with other politicians, including House Speaker John Boehner.

Like Trump, Mammadov is a colorful figure. Educated in London, he serves as the head of his country’s golf federation and claims on his website to have a wide range of experience in “leadership, decision-making, strategy, international affairs, politics, communication, human rights, environmental protection, fundraising, public relations, sponsor relations and public speaking.” Mammadov’s personal life has been a heavily covered topic in Azerbaijani opposition newspapers, which in 2010 published reports that Mammadov had been expelled from Dubai following a raucous dinner party with friends. Azeri media outlets also reported that Mammadov had paid a local restaurant more than $1 million to slaughter a bear kept there and serve kebabs from the meat. Mammadov has denied these stories repeatedly.

In recent years, he successfully sued Azerbaijan’s two major opposition papers for libel over these stories and others about his personal life. International press monitoring organization Reporters Without Borders condemned the suits, which financially crippled the papers, and described the legal action as part of a campaign to harass and suppress the free press. In 2010, the group reported that journalists for Azeri papers Yeni Musavat and Milli Yol were attacked and beaten while trying to take photos of luxury villas owned by members of the Mammadov clan: “Several men emerged from cars, pushed them to the ground, grabbed their camera and deleted the photographs they had taken of the houses. Their unidentified assailants held them for more than three hours, interrogated them, threatened to have them put under surveillance for six months and finally warned them not [to] file any complaint.” It’s unclear to whom the men were connected.

Mammadov did not respond to interview requests or questions directed to the Azerbaijan American Alliance.