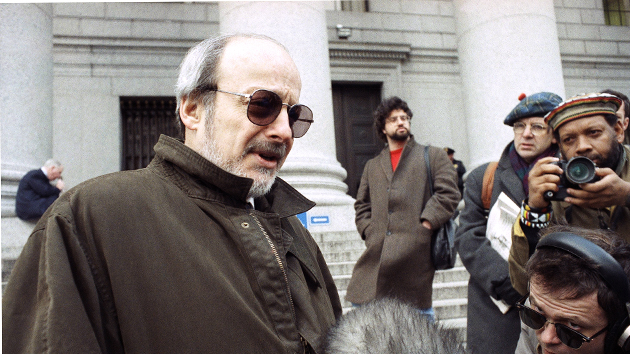 E.L. Doctorow, who died on Tuesday, was one of the great storytellers of American literature. With Ragtime, The Book of Daniel, The March, Billy Bathgate, and other novels, Doctorow was able to interweave US history with worlds of his own concoction so that readers could barely discern the seams. He was a master of historical fibbing that explored universal human dilemmas. And he was, as far as I could tell, a lovely man. Doctorow was for decades a contributor to and supporter of The Nation, where I once worked, and I had the thrill to be in his company on several occasions. I don’t recall whether he told me this or I heard or read it in an interview, but Doctorow once remarked that when he initiated a novel he usually did not know how it would unfold—an astounding comment given the intricacies and strength of his narratives.

My most meaningful encounter with Doctorow occurred several years ago, when my family had the chance to spend the afternoon with Doctorow, who at the time was living in a house next to the home of our mutual friend, Marc Siegel, a writer and doctor. At some point, Doctorow told us a story of his earliest days as a writer, when he was a boy growing up in the Bronx (very close to where my mother had lived at the same time). Some of the details are now hazy, but it went something like this:

Young Edgar Lawrence Doctorow, when he was in middle or high school, was given an assignment in English class: interview and write a profile of the most interesting person you know. His fellow students focused on the obvious: their parents or, if they were fortunate enough to know one, a police office, a soldier, or a firefighter. Edgar discovered a more compelling subject. His essay told the story of the doorman at his building. The fellow had been in a concentration camp in Germany. He had somehow survived and found his way to the United States. After witnessing so much evil, he now stood watch in front of a Bronx apartment building and each day took in a much different different world. Edgar’s tale of the doorman’s harrowing experience with the Holocaust and his journey to America so moved his teacher and school officials that they decided that other students would benefit from direct interaction with this witness to recent history. A teacher or administrator called Edgar’s home and asked one of his parents if they could arrange for the doorman to come to the school for an assembly where he would be honored by the school and share his story with all. “Doorman?” Mr. or Mrs. Doctorow replied. “There is no doorman in our building.”

Doctorow had made it all up.

I don’t recall if Doctorow shared with us the consequences of this particular fiction. Did his teacher punish him with an F? Did he face any disciplining at home? But this story, which left a strong impression on my then-impressionable young daughters, did become part of my own family’s lore. In subsequent years, when my girls had to produce essays for school’s assignments, they often wondered whether they could embellish. And in these instances, they could conveniently recall Doctorow’s youthful exploit. After all, look where Doctorow’s rule-bending got him—and us. This might have been the beginning of his decades-long project to blend history with the wonders of his fertile imagination, and millions of readers have benefited from this process.

I should say that after all this time I might be mistaken about some specifics of this account, and it is possible that I have re-arranged them to improve the actual story. But surely Doctorow wouldn’t mind.

UPDATE: It’s fitting that the New York Times has a different version of the doorman story.