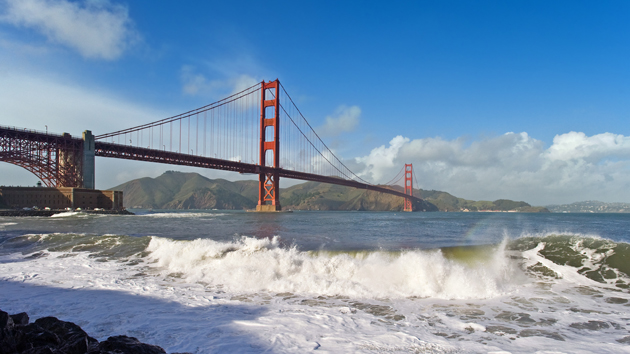 Developers in the booming San Francisco Bay Area are busy planning everything from much-needed new housing to sports stadiums and gleaming tech campuses.

But according to a new report just published by the San Francisco Public Press, many of these construction projects sit on land susceptible to rising waters due to climate change. And regulators and local governments are not doing much to prepare.

The Public Press found 27 major commercial and residential developments that will be vulnerable to flooding if San Francisco Bay sea levels rise as much as climate researchers like the National Research Council project in the next century. These developments include a new stadium for the Golden State Warriors, campuses being built by Google and Facebook, and revamped public spaces like San Francisco’s iconic ferry terminal and Jack London Square in Oakland.

To make its maps, the Public Press partnered with the University of California-Berkeley Cartography and Geographic Information System Education Lab and used flooding and sea level projections from the US Geological Survey and the San Francisco Public Utilities Commission. The San Francisco Public Utilities Commission predicts that in the next hundred years, water levels in the Bay could rise as much as 8 feet over high tide at current levels, including storm surge:

Despite the fact that more than $21 billion of new development is at stake, the report found that very little is being done to prepare for potential waterfront flooding risk. While most cities and counties around the Bay Area have begun studying the effects of sea level rise, none have actually enacted climate adaptation plans, like updating flood plain ordinances and buildings codes. Only one county (Santa Clara) has revised its local flooding maps.

We’ve seen before in other major urban areas that such short-sightedness can lead to staggering costs. Many scientists and environmental advocates believe the Bay Area could experience similar devastation if more is not done to adapt to climate change.

Brian Beveridge, co-director of the West Oakland Environmental Indicators Project, told the Public Press, “It’s going to fall down along lines of class and political power—who will be protected and who will be thrown to the dogs.”