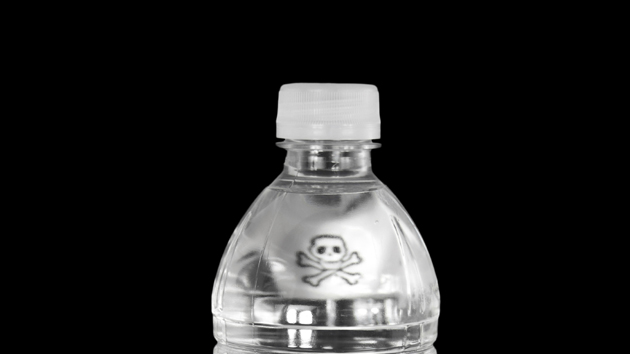 Exposure to two chemicals widely considered safe—and used in hundreds of consumer products including plastics, cosmetics, and soap—has been linked to increased blood pressure, insulin resistance, and other dangerous health problems in children, according to a new study.

The chemicals, di-isononyl (DINP) and di-isodecyl (DIDP), were long seen as safer alternatives to their precursor, a phthalate called DEHP, which was associated with hypertension. Even though their use has been on the rise over the past decade, they were never fully tested—until now.

In one study, researchers from the NYU Langone Medical Center analyzed urine samples of over 1,300 adolescents between the ages of 8 and 19 and found that the levels of DINP and DIDP corresponded to levels in blood pressure. In a separate study, the same team studied 356 teens and found a similar correlation between the chemical levels and insulin resistance—a condition that can lead to diabetes.

The researchers recommend limiting exposure to these compounds by avoiding plastics marked with 3, 6, and 7, opting for fresh food over packaged, and making sure never to put plastic containers in the microwave or dishwasher, where they are more apt to leech chemicals.

This isn’t the first time plasticizing chemicals marketed as safe alternatives have proven otherwise. In last year’s Mother Jones investigation into the dangers of BPA-free plastics, Mariah Blake uncovered the plastic industry’s “Big-Tobacco” style campaign to bury research that showed how their products were connected to a litany of health problems—and the US government’s failure to step in:

US regulators also have continued to ignore the mounting evidence linking BPA and similar chemicals to human disease, even as bans have cropped up around the world. Although more than 90 studies examining people with various levels of exposure suggest BPA affects humans much as it does animals, the FDA recently announced that its research “supports the safety of BPA” in food containers and packaging. And the EPA program that was supposed to screen some 80,000 chemicals for endocrine disruption hasn’t fully vetted a single substance. In 2010, the agency sought White House approval to add some endocrine-disrupting chemicals that are commonly found in plastic—among them BPA, phthalates, and a class of compounds known as PBDEs—to its “chemicals of concern” list because it found they “may present an unreasonable risk to human health.” This would have required chemical makers to share safety-testing data with federal regulators. The proposal languished until last September, when the EPA quietly withdrew it, along with a proposed rule requiring manufacturers to disclose safety data on chemicals in their products.