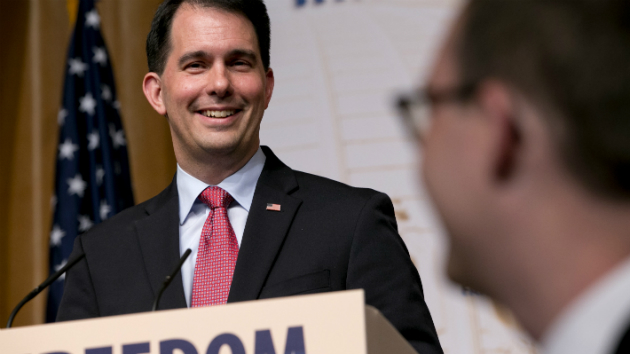 Update (7/7/15): Gov. Scott Walker’s office has confirmed in a statement that it was involved with the measure to change Wisconsin’s open-records law to block access to many currently available government documents. The statement was released after Wisconsin Senate Majority Leader Scott Fitzgerald (R) acknowledged that Walker’s office took part in discussions to slip the changes into a last-minute budget bill. Fitzgerald said the governor’s office had specifically cited the volume of requests it receives as one reason for the measure. Another Wisconsin Republican lawmaker, Rep. Dale Kooyenga, the vice-chairman of the legislative committee that included the provision, apologized for his role in allowing it into the budget bill. According to Kooyenga, he had been led to believe the change would put Wisconsin’s public records law in line with the rest of the country and federal law; since voting for the measure, he learned that it was actually much harsher.

Late on Thursday night, before the start of the holiday weekend, Republican state legislators in Wisconsin slipped wording into a bill authorizing Gov. Scott Walker’s proposed budget that would have blocked access to many public records. This includes records the Walker administration is currently fighting to keep secret, which concern a controversial proposal to rewrite key parts of the Wisconsin University system’s charter. Reporters and the governor’s Democratic critics immediately suspected this legislative maneuver was an attempt to shield Walker, who is about to announce his presidential bid next week, from greater scrutiny.

On Friday, as the controversy over the provision escalated, Walker at first avoided discussing it. But soon Republican lawmakers who had not been part of the committee that approved the language joined the chorus of critics. Knowing that he didn’t even have the support of fellow Republicans, Walker issued a joint statement with top GOP lawmakers Saturday morning stating that the language would be pulled from the budget, at least for now.

Wisconsin Republicans won’t say who was responsible for the public-records-blocking measure, but a number of Wisconsin journalists and critics of the governor believe the idea may have come directly from Walker’s office. According to the nonpartisan Wisconsin Center for Investigative Reporting, the rationale used by supporters of the proposed change closely resembles the one that Walker’s administration has deployed as it has fought open records requests for these types of documents in the past.

Proponents of the budget measure said it was necessary to restrict public access to internal deliberations in order to allow for a free exchange of ideas between elected officials and their staffers. While that’s not a new line of thinking elsewhere in the country when it comes to politicians trying to block public access to government documents, according to WCIR this reasoning has only recently been used in Wisconsin—in arguments made by Walker’s office:

A Center review shows that on May 8, [the Department of Administration] used a similar rationale in denying a River Falls man access to records about Walker’s controversial proposal to eliminate IRIS, a program that allows disabled individuals to use state money to pay for self-directed care. Lawmakers have since altered the program, but disability advocates remain opposed to the changes.

“Making these internal discussions just as open to disclosure as the final version of the budget would inhibit the free exchange of ideas, opinions, proposals, and recommendations among those involved in deciding what to include in the final legislation,” according to the letter signed by Gregory Murray, DOA’s chief legal counsel.

If the effort to restrict public records had succeeded, the timing of the move would have been fortuitous for Walker, allowing his administration to turn down requests for documents about his tenure filed by journalists (and political foes) seeking to scrutinize the governor’s record as he launches a White House bid.

“This is really self-serving,” one Democratic state senator told the Milwaukee Journal-Sentinel. “Somebody’s being protected from something. Of course, if this passes we’re never going to know what it is.”

While Walker and his allies have agreed to back off from the open records measure, they may not be totally done with the idea. In their joint statement announcing the controversial measure would be stripped from the budget bill, they included a promise to “to allow for further debate on this issue, outside of the budget process.”