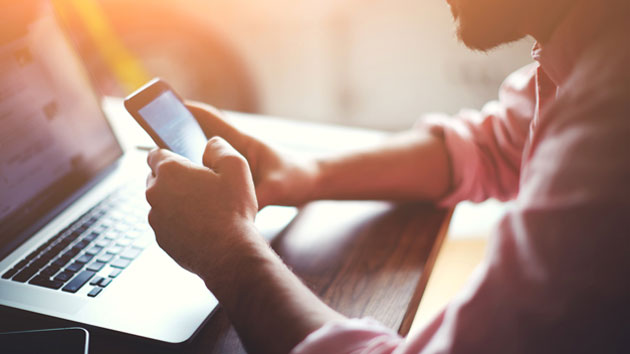 First the tech industry made your life easier with iPhones, tablets, and smart-everything. But is it also making it harder for you to get ahead?

A recent study on global income inequality by the International Monetary Fund identifies technological change as a top factor driving the split between rich and poor worldwide. Specifically, the study’s authors found that the growth of technology accounts for nearly one-third of the widening gap between the top 10 percent and bottom 90 percent over the past quarter century. Other factors include the globalization of trade and finance.

Here’s how tech has contributed to widening the gap: It’s eliminated jobs by automating tasks, and it’s driven up the “skill premium,” meaning jobs that require skills like coding pay more lucratively than traditional blue-collar jobs. But even tech workers aren’t safe, because their industry’s needs evolve so quickly that they may be made obsolete by the very advancements they’re working toward. In the end, the jobs that pay the most are only for those who can keep up with the changing times, and those who can afford the required education to get a position in the first place.

The study notes that technological change has contributed most to rising income inequality in the 39 OECD countries that make up 80 percent of global trade and investment. It finds that inequality has grown the most in the United States and the United Kingdom, even as poverty in emerging economies has decreased.

Education hasn’t alleviated income inequality as much as it could, according to the study. Despite a notable rise in highly-educated workers, the wage gap between high- and low-skilled workers remains. The researchers suggest that education is a viable solution only if governments invest it and make it affordable. “What we find really is that raising income shares of the rich doesn’t trickle down,” says Era Dabla-Norris, the study’s lead author and a researcher at the International Monetary Fund. “And raising the income shares of the poor and middle class is actually good for growth.”

And while other studies have found links between housing costs and venture capital investment, high levels of innovation, high concentrations of high-tech industry and venture capital startups (looking at you, San Francisco), the issue of inequality is a complex one. “There are some common drivers across the world, but the drivers vary,” Dabla-Norris says. “Policies to alleviate inequality have to be country-specific; there is no one-size-fits-all.”