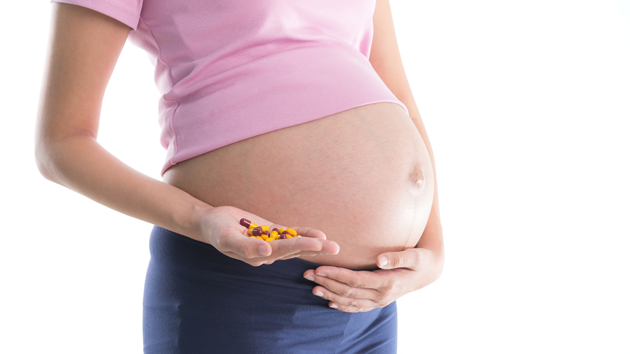 Babies born to women who took certain antidepressants during pregnancy may have an elevated risk of birth defects, according to a study published Wednesday in the medical journal BMJ.

Over the past few years, researchers have come to conflicting conclusions about the health impacts of taking common antidepressants called selective serotonin reuptake inhibitors, or SSRIs, early in pregnancy. Some studies have found prenatal exposure to SSRIs to be associated with heart and brain defects, autism, and more, while others have found the risk to be minimal or nonexistent.

The BMJ study, led by researchers at the the Centers for Disease Control and Prevention, shed light on the matter by analyzing federal data of 38,000 births between 1997 and 2009. Researchers interviewed the mothers of children with certain birth defects associated with SSRIs, asking if they took certain antidepressants during the first three months of pregnancy or the month prior to it. Unlike many previous studies, which looked at the effects of SSRIs as a group, the researchers looked at the health impacts of five specific drugs. They found that two drugs were associated with birth defects, while three of the drugs were not. Here are the details:

Researchers are quick to note that even in the case of paroxetine and fluexetine, the absolute risk of these defects is still very small. If mothers take paroxetine early in pregnancy, for example, the chance of giving birth to a baby with anencephaly, a brain defect, rise from 2 in 10,000 to 7 in 10,000.

Some doctors worry that studies like this dissuade mothers who truly need mental health treatment from seeking it—particularly since the stress associated with depression in the mother can impact the health of the baby. Elizabeth Fitelson, a Columbia University psychiatrist who treats pregnant women with depression, described this tricky balance to the New York Times earlier this year: “For about 10 percent of my patients, I can readily say that they don’t need medication and should go off it,” she said. “I see a lot of high-risk women. Another 20 percent absolutely have to stay on medication—people who have made a suicide attempt every time they’ve been unmedicated. For the remaining 70 percent, it’s a venture into the unknowable.”