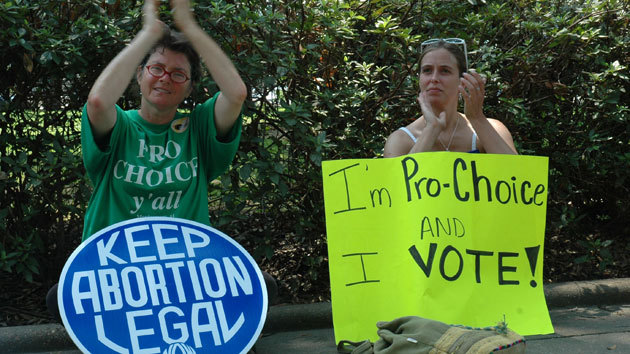 At last, some good news in abortion rights. Last week, a federal judge in Alabama blocked a regulation that might have closed the state’s largest abortion clinic for good.

The West Alabama Women’s Center in Tuscaloosa closed back in January after the clinic’s previous physician retired. The clinic’s new doctor was unable to gain admitting privileges at a local hospital or establish a contract with another doctor who had those privileges, putting the clinic in violation of state requirements. Proponents of the regulation said it was needed to protect women’s safety should complications arise when ending a pregnancy, while abortion rights advocates argued that it was an attempt to shutter clinics that rely on providers who live out of the state. Major medical organizations have generally opposed such laws as medically unnecessary.

The American Civil Liberties Union filed a lawsuit on the clinic’s behalf challenging the requirement, and on August 13, US District Judge Myron Thompson issued a temporary restraining order putting the clinic back in business. Thompson said the closure of the clinic put an “undue burden” on women who were forced to travel longer distances to obtain abortions.

The Tuscaloosa clinic was one of only two in Alabama to provide second-trimester abortions up to the state’s 20-week legal limit. In 2013, it performed 40 percent of the state’s abortions; after it closed, the closest clinic in Huntsville saw a 57 percent increase in women seeking abortions.

The judge cited evidence that the increased distances and the additional strain on the state’s remaining clinics forced women to delay abortions until their pregnancies were past the 20-week limit. Thompson also cited the concern that the regulation’s effect on reducing abortion access “increased the risk that women will take their abortion into their own hands,” and noted that the Huntsville clinic reported calls from women seeking advice on how to terminate their own pregnancies, or threatening to do so. Thompson also referred to a “‘severe scarcity of abortion doctors…nationwide and particularly in the South,’ with no residency program offering training in performing abortion in Louisiana, Alabama, or Mississippi.”

“For all Alabama women, the closure of the largest abortion provider in the state, one of two providers in the state that administers abortions after 16 weeks, has reduced the number of abortions that can be provided here,” Thompson wrote.

Thompson has been consistently supportive of abortion rights. Last year, the judge, who served as Alabama’s first African-American assistant attorney general before being nominated to the bench by President Jimmy Carter, issued a broader ruling in a similar case involving several other clinics.