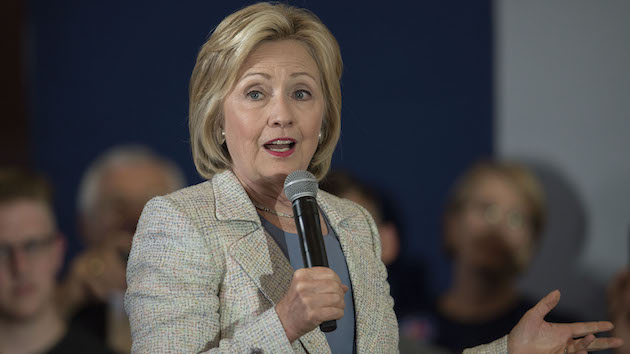 After her two leading rivals for the Democratic presidential nomination became targets of the Black Lives Matter movement, Hillary Clinton came armed with policy arguments when she met with members of the African-American activist group last week. The protesters from Massachusetts had shown up too late to disrupt the Clinton event in New Hampshire, but Clinton’s campaign arranged a short meeting afterward. A video of the session appeared last night on MSNBC and subsequently on YouTube via GOOD Magazine.

Clinton encouraged the activists to present a more coherent policy prescription for helping black people, telling them, “Let’s get an agenda that addresses as much of the problem as we can.” The agenda she laid out included housing programs, job opportunities, and one specific policy that has become a rallying cry among social justice activists: “Ban the Box.”

The argument behind the Ban the Box campaign is simple. Many job applications currently include a small box that potential employees must check if they’ve been convicted of a crime. It’s a tool employers frequently use to weed out applicants. This makes it significantly harder for people with a criminal record to land a job: Studies have shown that men who said they had criminal records were 50 percent less likely to hear back from an employer, and the effect is more pronounced for black men. According to the National Institute of Justice, between 60 and 75 percent of ex-offenders cannot find a job within a year of being released from prison.

Unlike Sanders and O’Malley, Clinton has yet to put forward a comprehensive plan for criminal justice reform. The Clinton campaign didn’t respond to a request to clarify Clinton’s views on Ban the Box, but in an earlier speech the same day as her meeting with the activists, she touted the idea. “At the end of the day, people can make their own judgment” on whether to hire someone, she told a man in the audience who had been convicted of murder and struggled to find a job after being released. “But you shouldn’t be automatically disqualified.” She went on to explain what banning the box would allow: “You can get through the process and then, before somebody has to make a decision about you, you tell them. So they’re looking at you not as a statistic, but as a person. If you have the skills and the personality and the other qualities that might lead them to give you a job, you wouldn’t be eliminated at the very beginning.”